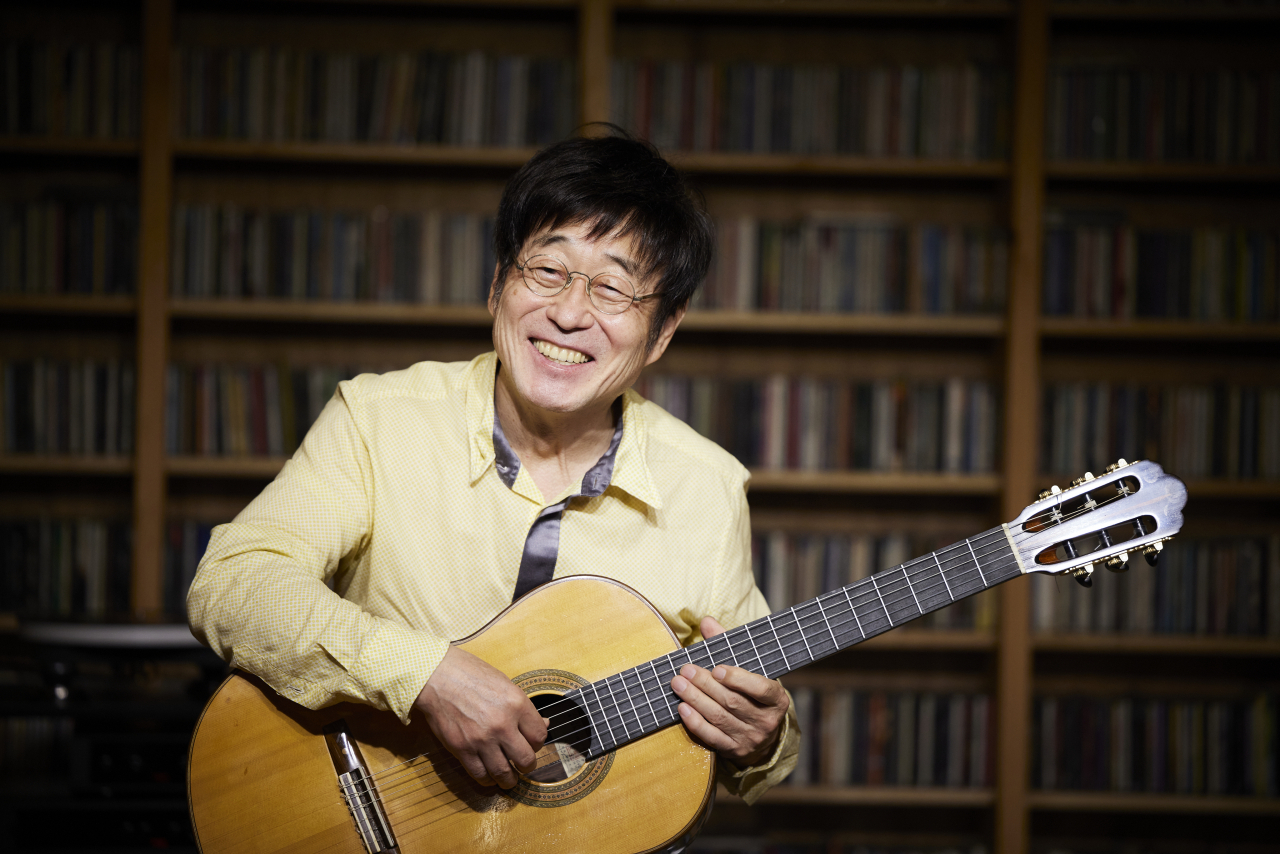 The first thought that came up in rock singer Kim Chang-wan's mind after hearing the remastered version of his band Sanullim's past LPs was his late brother Chang-ik who had been the band's drummer.

"This remastering project brought back memories of our brothers back in 1977, and especially of the youngest. His drumming had been recorded as if he was tapping with wooden spoons. It had been such a shame," Kim Chang-wan said during a press conference on Thursday. "I felt so relieved. I'm sure they (the remastered albums) will be a huge gift for those people who have stood by Sanullim until now."

Kim, 68, and his two brothers, Chang-hoon and Chang-ik, debuted as rock trio Sanullim in 1977 with the band's first LP "Already Now." It later dropped numerous hit songs, including "Likely Late Summer," "What Will Happen To Me," "The Meaning of You" and "Youth," and its music still continues to be listened by younger generations up until now. It dropped a total of 17 albums -- 13 official LPs and three children song albums -- until 1997.

To commemorate the band's 45th anniversary, its 17 albums, as well as Kim Chang-wan's three solo albums, have been restored into LP vinyls. The remastered versions of Sanullim's first LP "Already Now" and third LP "My Heart" will be dropped on Oct. 20, with the rest of the albums getting released in the following months with some time gap.

The original reel maters tapes that had been preserved under Kim Chang-wan's possession were brought back to life through the skillful hands of two Grammy-winning engineers, Hwang Byeong-joon and Bernie Grundman. Hwang is a two-time Grammy winner of 2012 and 2016.

Kim Chang-wan, along with Hwang and CEO Kim Kyung-jin of music label Ecole de Gorae, which took the helm of the remastering project, conducted a press conference and a listening session on Thursday in Mapo-gu, Seoul.

During the love session, the revamped versions of three songs, "Likely Late Summer," "Spread Silk On My Heart" and "You Are Already Me" were played alongside the original tracks for comparison.

Hwang said the remastering project of Sanullim's albums were fundamentally different from others as it was done with the original reel tapes, something rarely preserved back in 1970s when the materials were often recycled.

"It was an honor for an LP vinyl technician like myself to remaster an original tape," Hwang said. "I've done remastering before, and if the sound becomes however different from the initial edition, the (remastered) won't be welcomed. It's inevitable. Fans prize the originality."

The project's goal was to extract the sound from the original reel tapes as wholly as possible, Hwang added.

"Although there might be minor changes made in the process of transference and we might not have been perfect, but we extracted the original (sound) without making any adjustments," the engineer said.

Kim Chang-wan said he was not so keen on the remastering at first.

"I would have given a second thought to it if it had been just about our brothers. I thought the project was about making a copy LP, but they told me this may become a trace in the Korean pop music history. I decided to take part as Sanullim's music is not just ours," the singer-songwriter said. 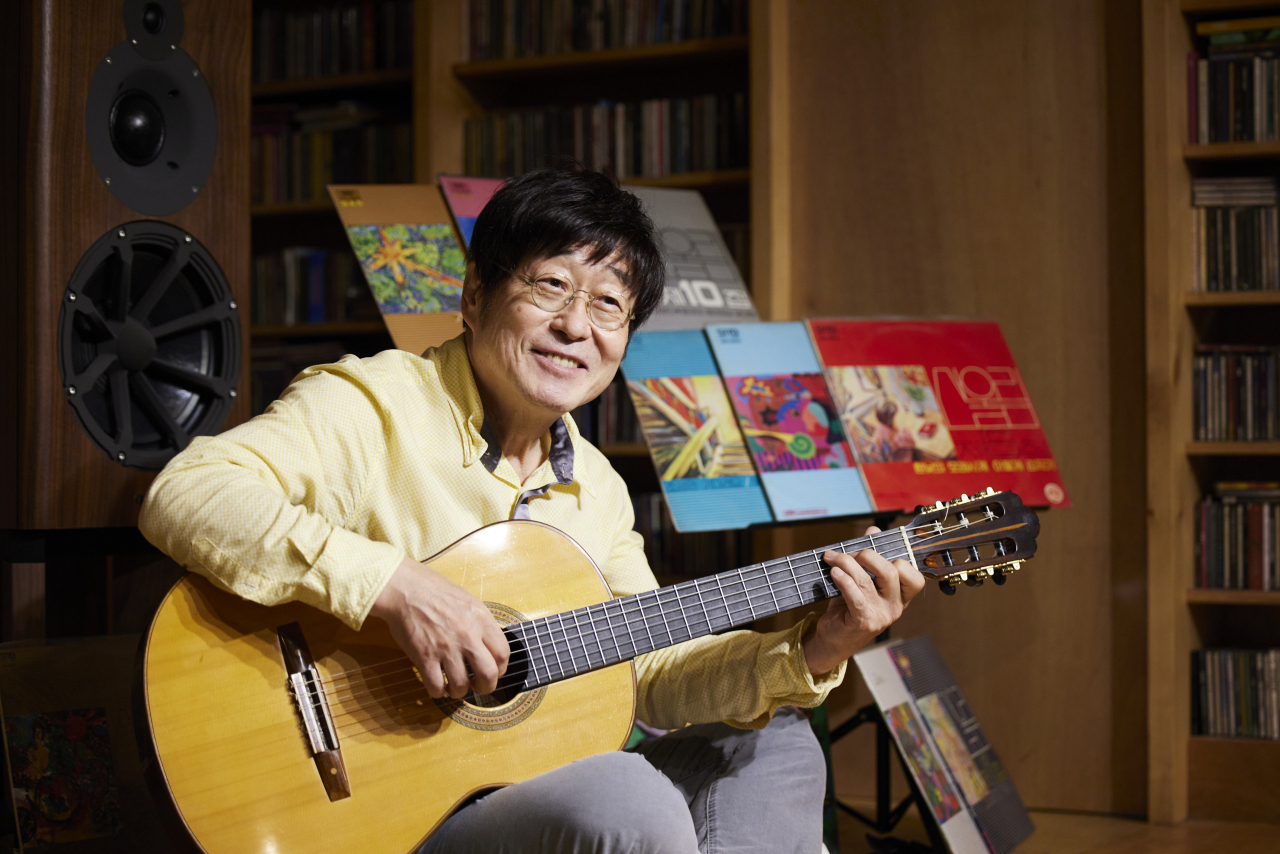 Hearing the revamped sounds of the some 40-year-old songs changed his initial thoughts completely. According to Kim Chang-wan, his experience at hearing the new sounds were "like Jurassic Park."

"It was sad hearing my voice from 45 years ago. I've been living by the thought that there's no need to linger over what's already gone, and nothing in this world lasts forever. I've stood by this thought so that I don't regret. So I first thought, 'what would be the point in bringing back the old,'" he said.

"I didn't expect to find such sounds in the reel tapes that I'd dug out thinking, 'there might be some kind of Sanullim genes somewhere.' The first thing I felt hearing the remastered tapes was that I'd been singing all wrong recently. I'd become so pretentious when I sang. The flutters and the nervousness in the original tapes all came through. My voice from 45 years ago chastised me, 'you should sing properly,'" Kim Chang-wan said.

Sanullim has not been active since 2008 when the band lost Chang-ik, in a car accident that happened in Canada. Chang-wan announced the disbandment of Sanullim following his youngest brother's death. Kim Chang-wan has continued his musical career through a new band that debuted in 2008, Kim Chang-wan Band, and as a solo musician.

In the second part of the listening session, the 68-year-old performed Sanullim's "Zinnia" and "Likely Late Summer" and his latest solo release, "Old Man's Bench."

"Although everything fades with time, there are the precious values that remain with us. And I realized those values may last forever," Kim Chang-wan said.

"Sanullim's music is not just Sanullim's. The music has now left us and obtained a life of its own. It's been over a decade since Sanullim's music came to a stop since our youngest left us in 2008. But we still have young people joining the fan club, and it seems to have adjusted well to the changes coming with time."

He also expressed a heartfelt gratitude to the bands' fans who have blew a new life into their music.

"I'm very grateful to not just those people who have taken part in the restoration, but to our fans who were once young girls and have now aged into old ladies. They are the true keepers of Sanullim."