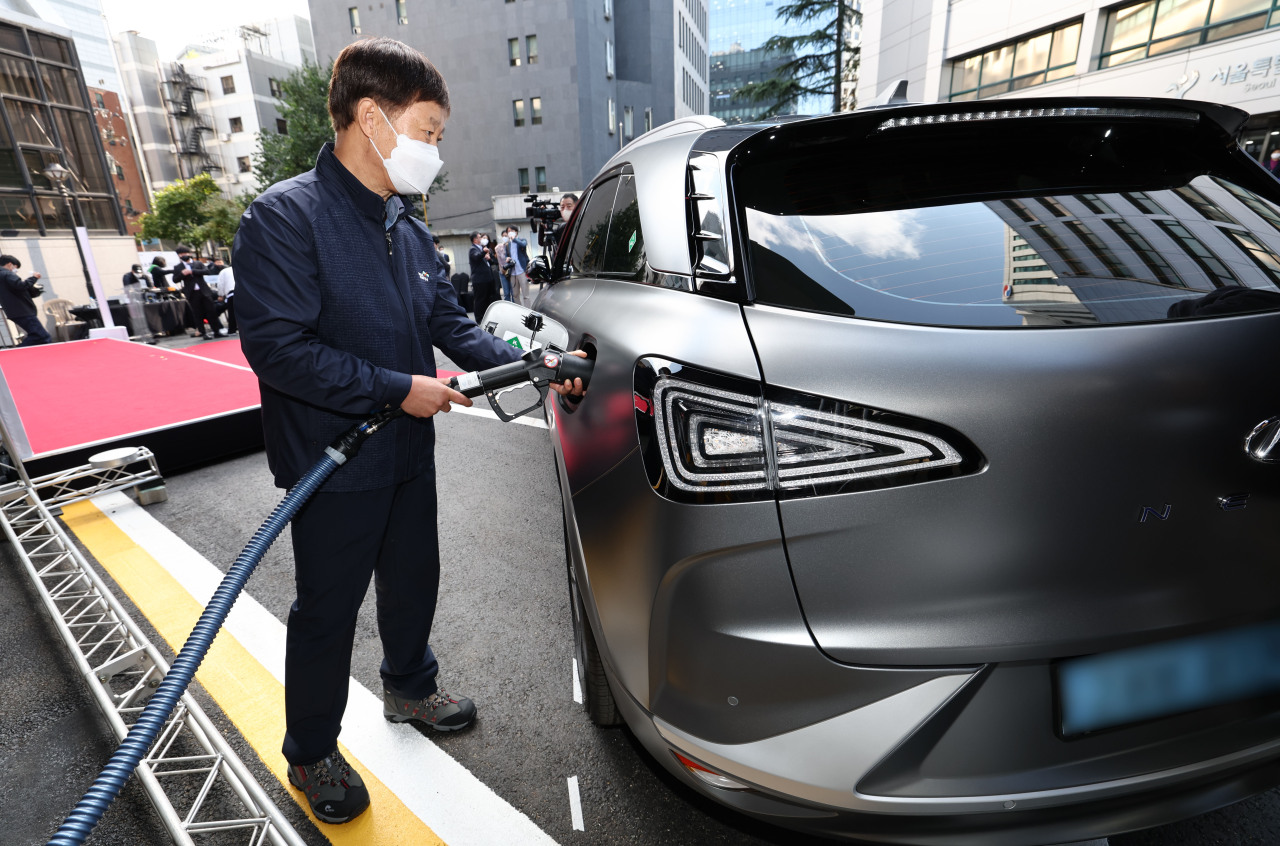 An official shows how to charge a hydrogen powered car at the Seoul Metropolitan Government Seosomun branch on Friday. (Yonhap)

In recent years, the Korean government has been proactive in efforts to encourage the hydrogen economy as hydrogen is an environmentally friendly alternative to fossil fuel.

The new station, located at the Seosomun branch of the Seoul Metropolitan Government office, can charge up to 40 hydrogen powered vehicles a day, using 200 kilograms of hydrogen. It runs based on mobile app reservations.

During the early stages of the launch, the station will only receive up to 25 vehicles a day, charging up to 100 kilograms of hydrogen.

Though hydrogen charging stations have to be located at least 12 to 17 meters away from residential or business facilities under the High-Pressure Gas Safety Control Act, the station at the Seosomun branch was allowed an exception under the condition of installing extra safety devices.

In Seoul, there are a total of ten hydrogen charging stations, including one at the National Assembly. The ministry said another charger will be added to the station in November.

As of late September, there are a total of 196 hydrogen chargers across Korea and 26,868 registered hydrogen powered vehicles.