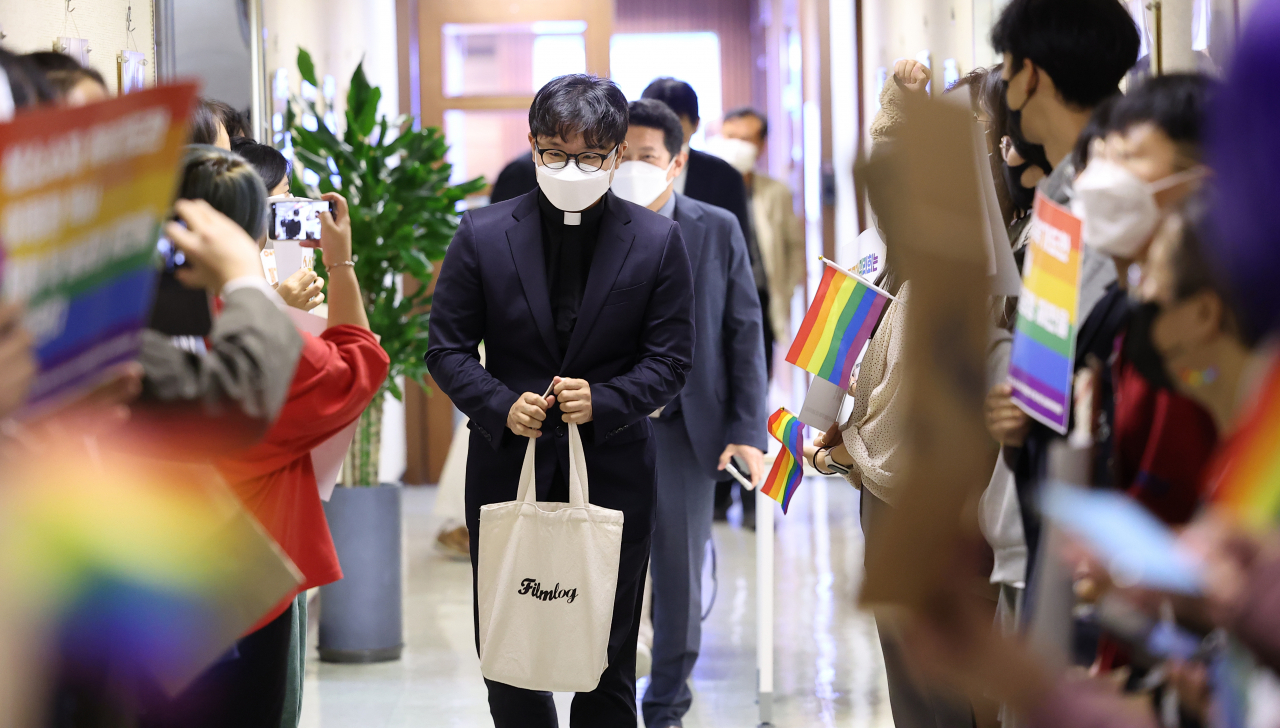 Methodist pastor Lee Dong-hwan attends a church trial in Seoul on Thursday to appeal the decision to suspend him from his duty for two years for blessing LGBT people at an event. (Yonhap)

Behind doors closed to the press, the Korean Methodist Church’s court heard an appeals case brought by one pastor to reverse the church's decision to suspend him from his duty for two years at its headquarters in Seoul on Thursday.

His sin? Blessing gay people at the Incheon Queer Culture Festival in 2019.

“From September 2019 until now, (my action) has been reviewed for three years and we are now finally waiting for the ruling. What I wanted to do from the very beginning was to start conversations about the Methodist Church’s biased view on sexual minority groups,” said Rev. Lee Dong-hwan, the 42-year-old pastor of Glory Jeil Church in Suwon, Gyeonggi Province, soon after the ecclesiastical tribunal.

“I’m confident I’ll be found not guilty and hope to see a ruling that will show that we can still be proud of the Methodist Church,” he said.

The verdict will likely be made in two weeks, his lawyer said.

While facing punishment from his church, Lee won an Amnesty International award for pursuing the virtue of “reconciliation and love” last year.

On Thursday, as he headed into the courtroom, the pastor was greeted by a group of supporters, many of them Methodists themselves, holding placards that condemn the church’s decision to punish Lee.

The church has delayed Lee’s trials on multiple occasions, according to a committee dedicated to Lee’s case.

“We got together and formed a committee as soon as we heard the news about Pastor Lee. We are made up of his colleagues, Methodist theological students and activists,” said Kim Yu-mi, a member of the committee.

“Many young people were there (to show support) and I believe it is because they see what has happened to minister Lee as not just a personal problem but something that can affect all of us in the future.” 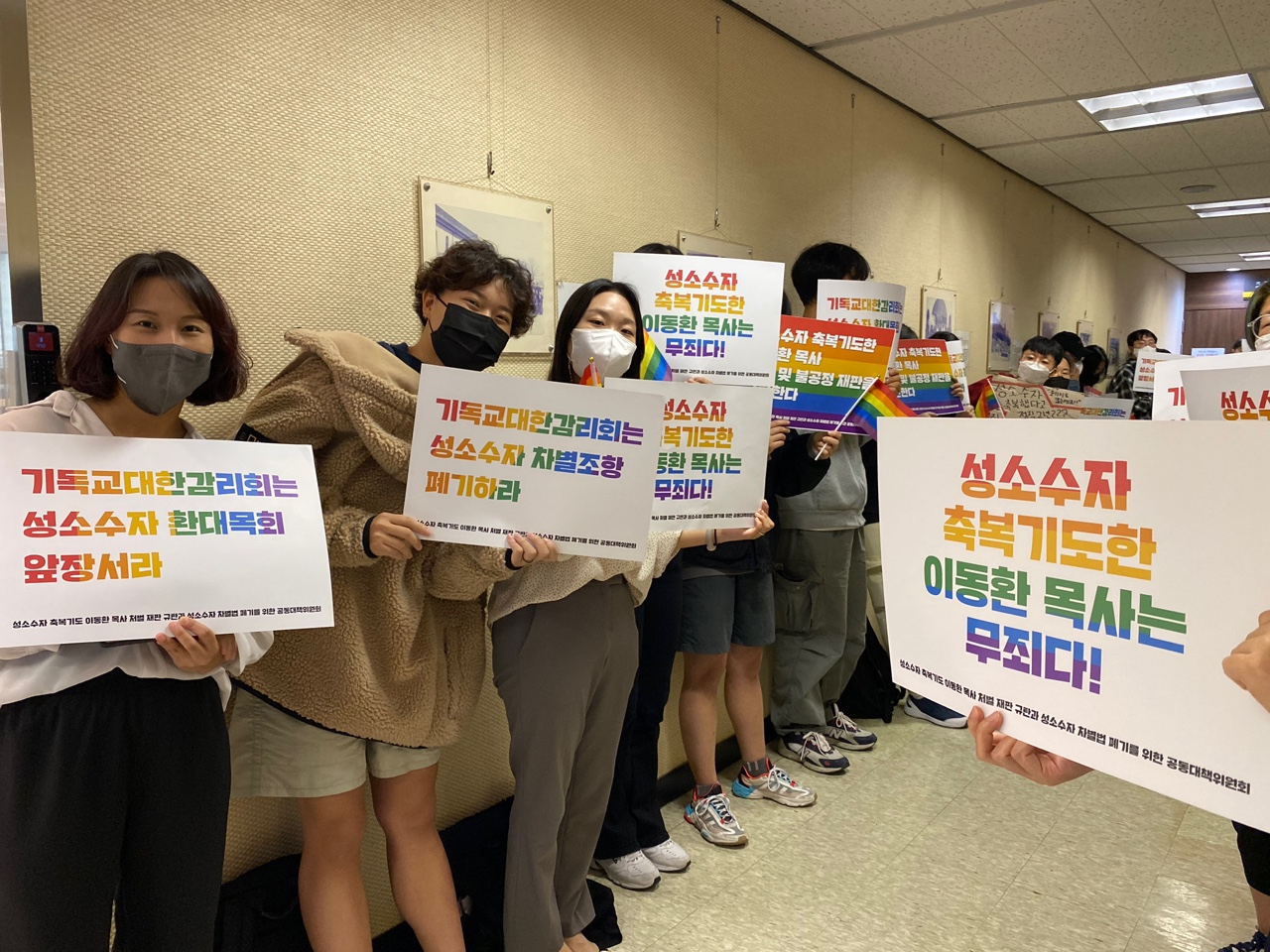 A group of people supporting Rev. Lee Dong-hwan wait outside the Korean Methodist Church’s court in Seoul before the ecclesiastical tribunal was held on Thursday. (Yim Hyun-su/The Korea Herald)

In 2015, the Korean Methodist Church revised its Book of Discipline, putting “supporting or agreeing with homosexuality” on a par with doing drugs or gambling which are both illegal in the country.

The Methodist Church states that officials and members of the church will face a trial which is designed to “protect the Book of Discipline and prevent crime.”

But Lee said blessing people regardless of their background is a “God-given duty.”

“To pray and give blessings at queer cultural festivals is almost like duty given by God that pastors are obliged to fulfill. I don’t believe giving blessings is equal to supporting or agreeing with homosexuality,” he said.

“If you are going to punish someone for blessing people, punish those who said prayers to bless Chun Doo-hwan first.”

The late President Chun is a controversial figure whose reign was marked by the brutal repression of pro-democracy protesters in Gwangju in 1980.

“God’s love does not discriminate so I don’t think what I did was wrong or sinful,” Lee said.