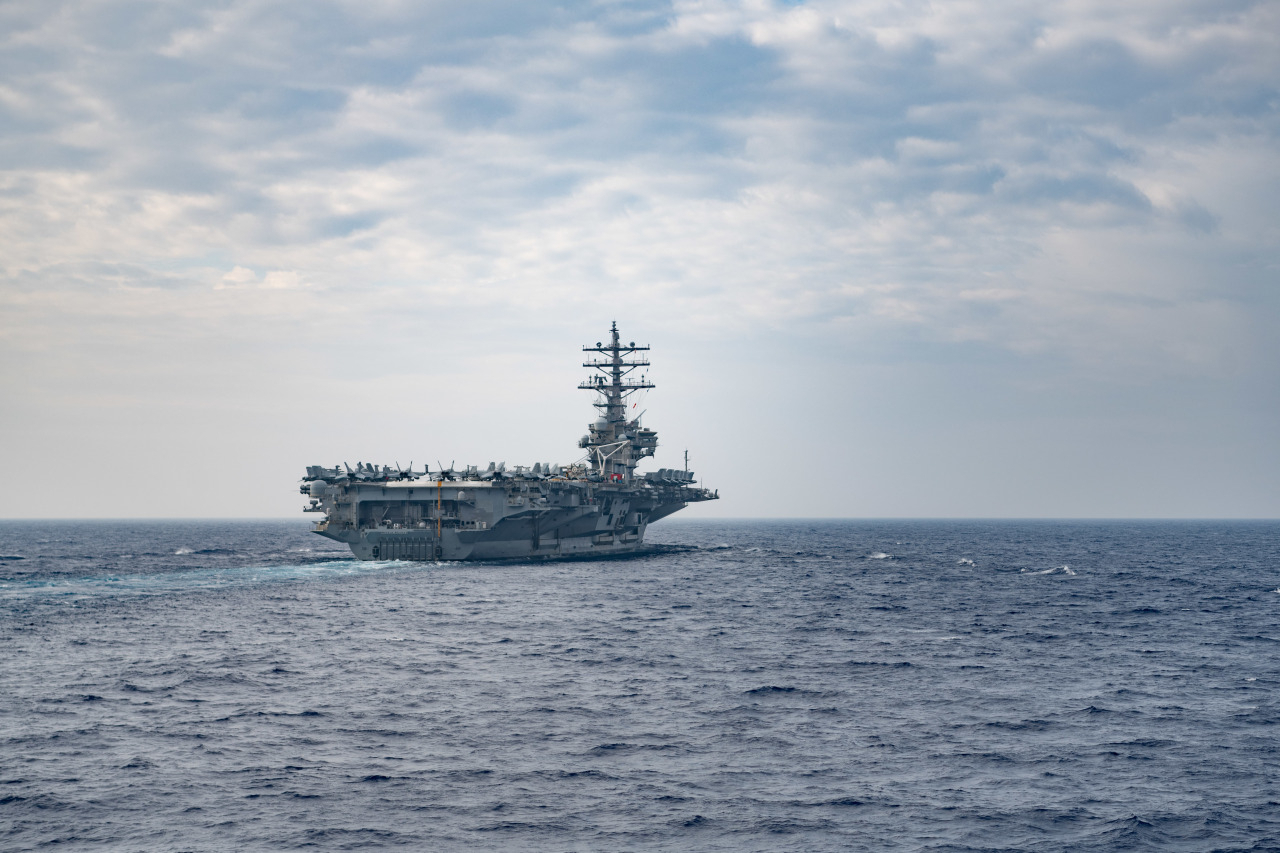 The Nimitz class aircraft carrier USS Ronald Reagan (CVN 76) conducts routine operations in the Philippine Sea in May 2020. Ronald Reagan is forward-deployed to the US 7th Fleet area of operations in support of security and stability in the Indo-Pacific region. (US Navy)

The phone talks among Deputy Defense Minister for Policy Heo Tae-keun and his US and Japanese counterparts, Ely Ratner and Kazuo Masuda, respectively, came after a spate of the North's missile provocations, including Tuesday's intermediate-range one that overflew Japan.

They condemned the North's missile tests as "significant" provocations that undermine peace and stability not only on the Korean Peninsula but also in the international community, the ministry said in a press release.

They also warned that Pyongyang's provocations will only strengthen security cooperation between the three sides.

The officials, in addition, agreed to seek more ways to cooperate in response to future provocations by the North.

On Wednesday, the USS Ronald Reagan aircraft carrier returned to the East Sea to stage a trilateral naval exercise with the South and Japan, following the North's launch of an intermediate-range ballistic missile over Japan the previous day. (Yonhap)