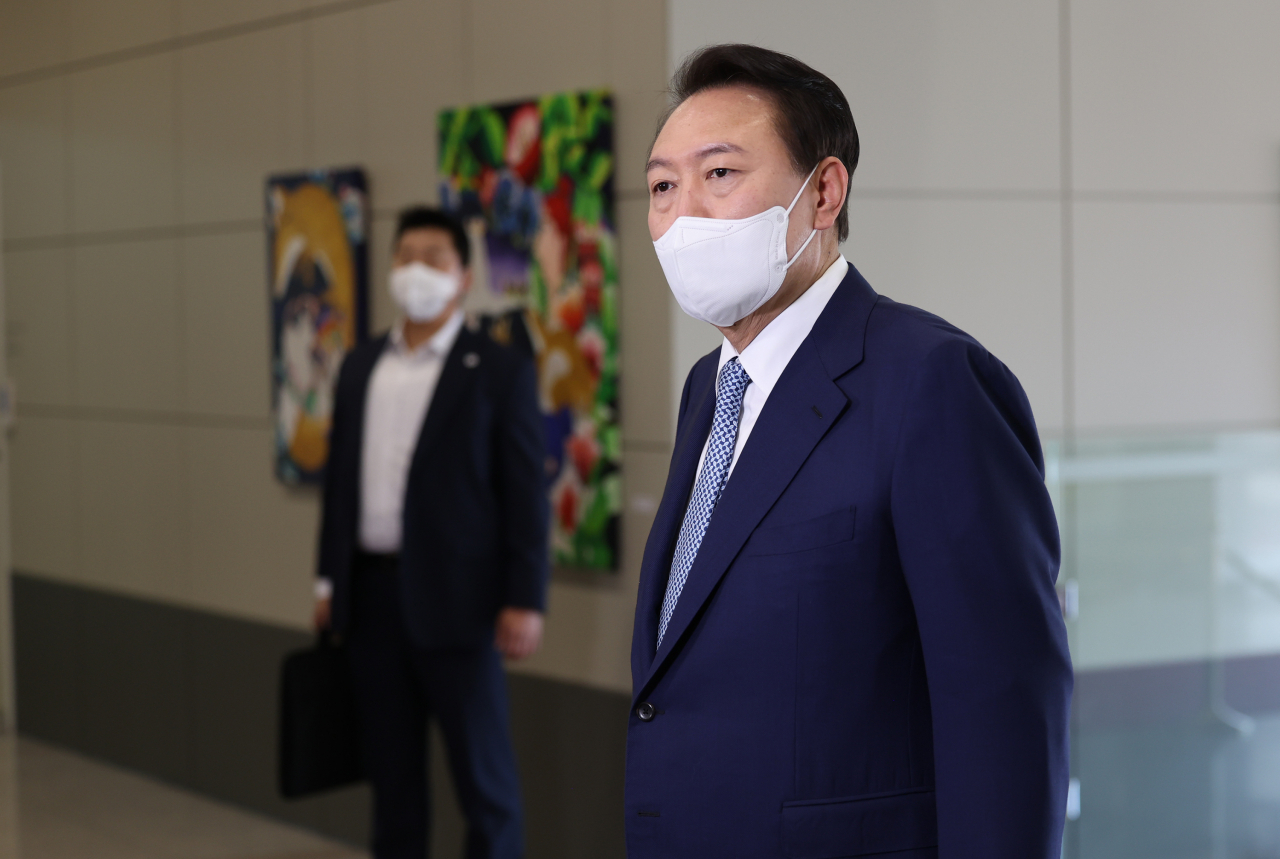 President Yoon Suk-yeol speaks to reporters as he arrives at the presidential office in Seoul on Friday. (Yonhap)

President Yoon Suk-yeol said Friday he agreed with Japanese Prime Minister Fumio Kishida in a phone call that relations between the two nations should be restored as early as possible and agreed to firmly respond to North Korean provocations.

“We agreed that if Korea-Japan relations go back to the good times as early as possible and smooth corporate and public exchanges return, it will be beneficial to the economies of both countries,” Yoon told reporters when asked about the phone call with his counterpart held Thursday evening.

“We shared the same view regarding Prime Minister Kishida's remarks in the (Japanese) parliament that South Korea is a partner to work with on various international issues,” he said.

Yoon also said, "We agreed to firmly respond to North Korea's nuclear and missile provocations by establishing a close security cooperation system among South Korea, the US and Japan."

When asked if he would consider ending the Sep. 19 Comprehensive Military Agreement if North Korea goes ahead with its seventh nuclear test, President Yoon avoided giving a direct answer, saying, “I think it's hard to tell you in advance.” But he said, "Three countries (South Korea, the US and Japan) are working through various channels of the Ministry of Foreign Affairs and Security."

“The two leaders strongly condemned North Korea's ballistic missile launch as a serious and grave provocation threatening peace and security on the Korean Peninsula as well as Northeast Asia and the international community, and agreed to cooperate so that South Korea and Japan can respond strictly to North Korea,” the office said in the statement following the talks.