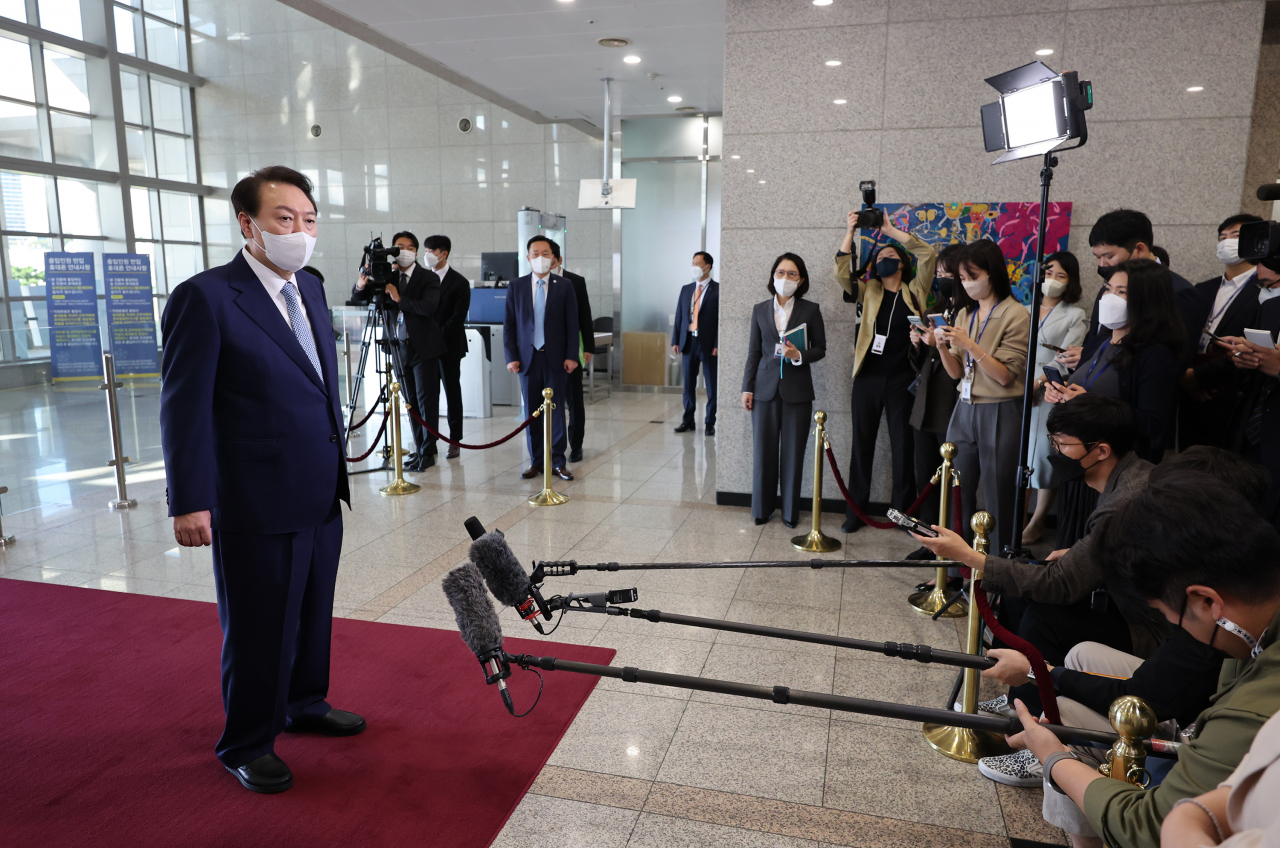 President Yoon Suk-yeol speaks to reporters as he arrives at the presidential office in Seoul on Friday. (Yonhap)

President Yoon Suk-yeol on Friday defended his plan to abolish the gender ministry, saying it is aimed at better protecting women and other vulnerable groups.

Yoon had pledged to abolish the Ministry of Gender Equality and Family during the presidential campaign, sparking fierce opposition from politicians and activists who feared it would undermine women's rights.

The government finalized the abolition plan Thursday, under which most of the ministry's responsibilities will be transferred to the health ministry. The plan is still subject to approval by the National Assembly where the main opposition Democratic Party, which is against the abolition, holds a majority.

"Abolishing the gender ministry is about strengthening the protection of women, families, children and the socially weak," Yoon told reporters as he arrived for work. "In terms of the so-called sexual offenses caused by abuse of power, it's about completely doing away with the perspective that uses the term 'alleged victim.'"

Yoon was apparently referring to accusations that the gender ministry failed to respond when several female lawmakers of the DP described the victim of sexual abuse by former Seoul Mayor Park Won-soon as an "alleged victim." (Yonhap)