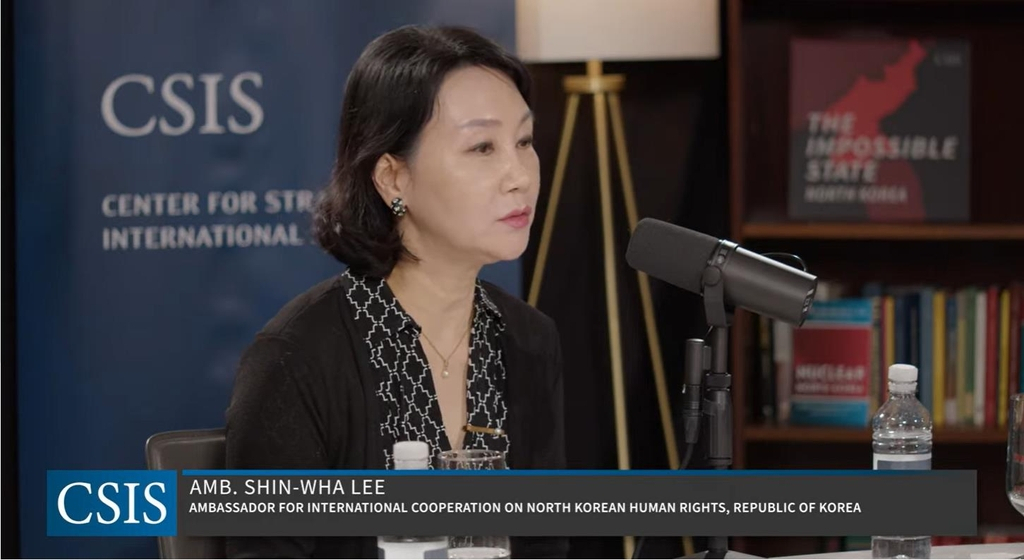 "Number one, by appointing a special envoy, you can give a clear message to North Korea -- human rights matter to the US foreign policy," Lee said in a webinar hosted by the Center for Strategic and International Studies, a Washington-based think tank.

"Number two, it will give a clear message to European Union -- the US is very much interested in North Korean human rights issue and that issue is one of the centerpiece of the US foreign policy," she added. "Then, probably, that can help revitalize the EU interest despite any other urgency and priority that the EU has."

The post for a US special envoy on North Korean human rights has been vacant for over five years. Lee said she had been told by US officials that President Joe Biden plans to name a nominee for the job in a few weeks, but more recently that the process may take longer than earlier anticipated.

She insisted appointing a special envoy for North Korean human rights will be "good for President Biden himself," noting the US leader is working to mobilize democratic countries.

"The history of democracy exactly coincides with development of human rights, improvement of the human rights. So by he (Biden) mentioning about the human rights issue, including North Korean ones, I think that will improve his rationale and his effort to enhance democracy and democratic idea," she said.

"Unfortunately, since 2017, there was no human rights discussion at the UN Security Council," said Lee.

"I tried to emphasize that they have to resume that dialogue, but because of the US-China (confrontation) and now even Russia, (there) is a very slim chance, if not no chance, to discuss about the issue, but still we have to push forward to do that," she added. (Yonhap)