The work was displayed for three days until Monday at the Bucheon International Comics Festival. It drew some attention, and mixed comments, on social media.

Then on Tuesday, a day after the exhibition’s end, the work was thrust into the national spotlight when the Culture Ministry issued a “strong warning” against the organizer of the annual contest for awarding a prize to it.

Titled "Yoon Suk-yeol-cha,” which combines the name of the incumbent president and "yeolcha," the Korean word for train, the work shows people fleeing from a train with the face of Yoon. The locomotive has a woman resembling first lady Kim Keon-hee in the engine room and four men in state prosecutor's gowns wielding knives in the passenger section. 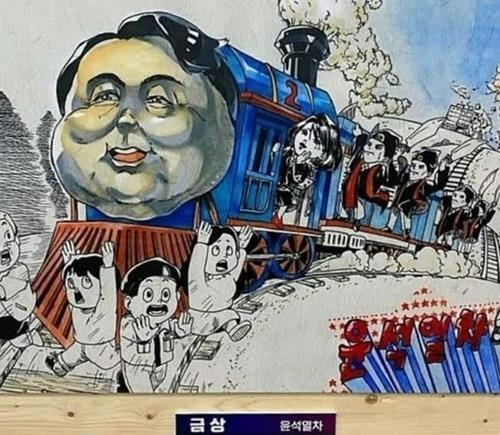 “A work that explicitly deals with political topics runs counter to the purpose of the contest, which is to inspire students' desire for creating cartoons,” the Culture Ministry said in a statement Tuesday, vowing to take due measures on the Korea Manhwa Contents Agency, which it says receives government subsidies.

Predictably, a debate has ensued. At the parliamentary audit of the ministry Thursday, opposition lawmakers spent hours grilling the minister on the issue of censorship and freedom of expression. A formal complaint has been filed with the nation’s human rights watchdog, asking the panel to decide whether there was a breach of the Constitution that guarantees the basic freedom to express ideas.

Politics and legal questions aside, the cartoon fiasco has demonstrated one thing: The Streisand effect.

Named after the American singer and actress Barbra Streisand, who sought to suppress a photograph of her cliff-top home, inadvertently leading to a greater public attention to it, the phrase refers to counterproductive attempts to hide or censor something, in which attempt itself brings greater publicity than there would have been.

In the Bucheon cartoon case, award-winning works by other teen cartoonists benefited from increased publicity, as well.

On Twitter, many users shared images of other winners of the contest in question, praising their insightful take on the Korean society and creative sensibilities. 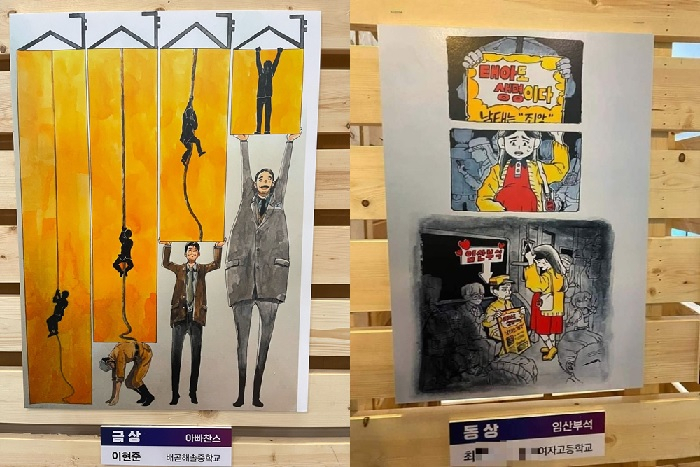 Among them is the silver prize winner “Daddy Chance (unofficial translation),” which is a stinging rebuke of a society in which parents’ wealth and social status determines their children’s chances of success.

Also drawing attention was the third-ranked “Pregnant Women's Seat (unofficial translation),” which shows the hypocrisy of an anti-abortion protester sitting on a subway seat reserved for a pregnant woman, with a banner reading “abortion is a sin,” while a pregnant woman stands right in front of him.