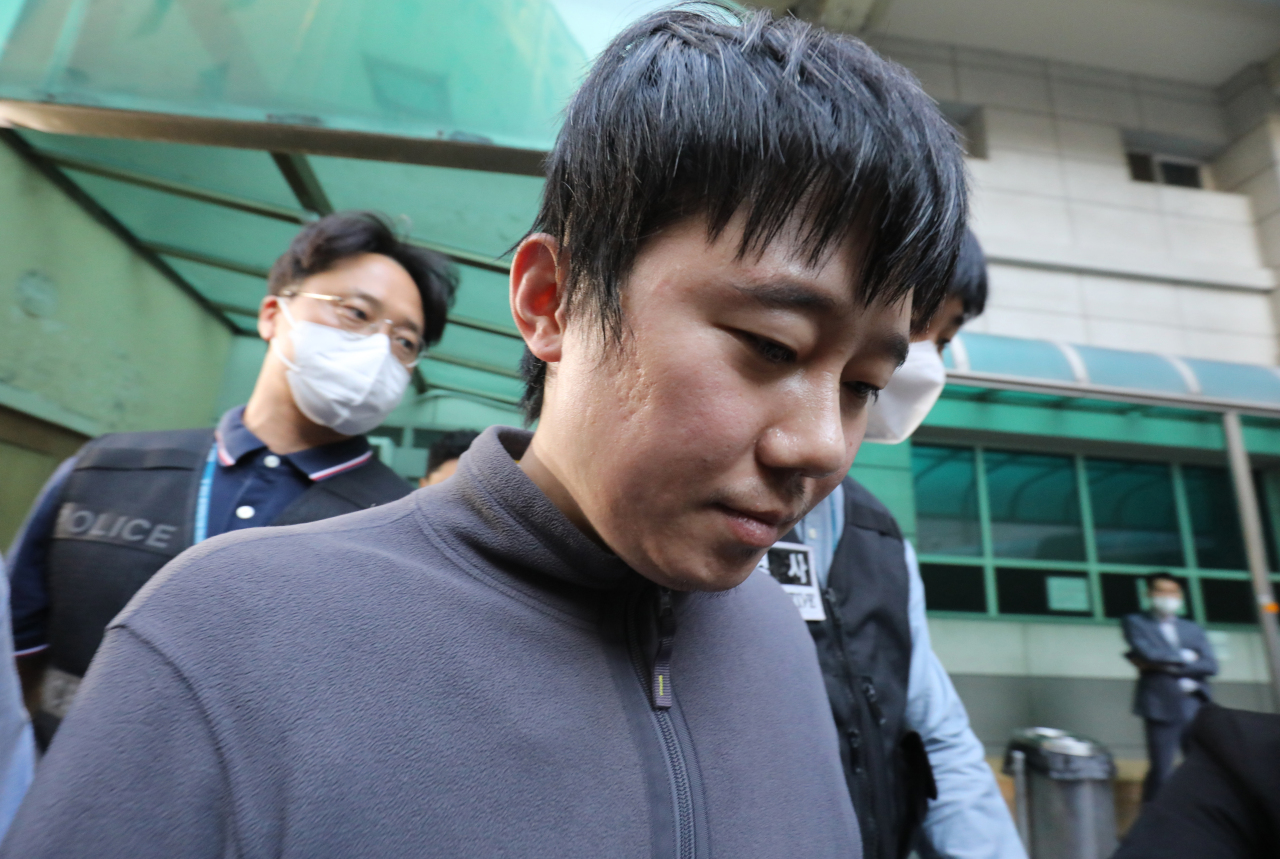 Prosecutors on Thursday indicted Jeon Joo-hwan, the suspect in the shocking murder of a female subway worker inside a ladies' restroom at a subway station in Seoul last month, on charges of revenge killing.

Jeon, a 31-year-old former employee of Seoul Metro, is accused of stabbing a female colleague in her 20s to death in a ladies' room at Sindang Station on Sept. 14.

The case shocked the nation, as it was revealed the killing took place one day before a local court was set to sentence him on charges of stalking her. The two had known each other since entering Seoul Metro in the same year.

Last week, Jeon was sentenced to nine years in prison on charges of stalking the victim.

In the stalking case, Jeon was found to have scared his victim on 351 occasions by sending illegally filmed materials and threatening messages to her. He was charged with sending 21 text messages to her to demand an end to police investigation into his stalking offense.

Jeon will now face a separate court trial on his murder charges.