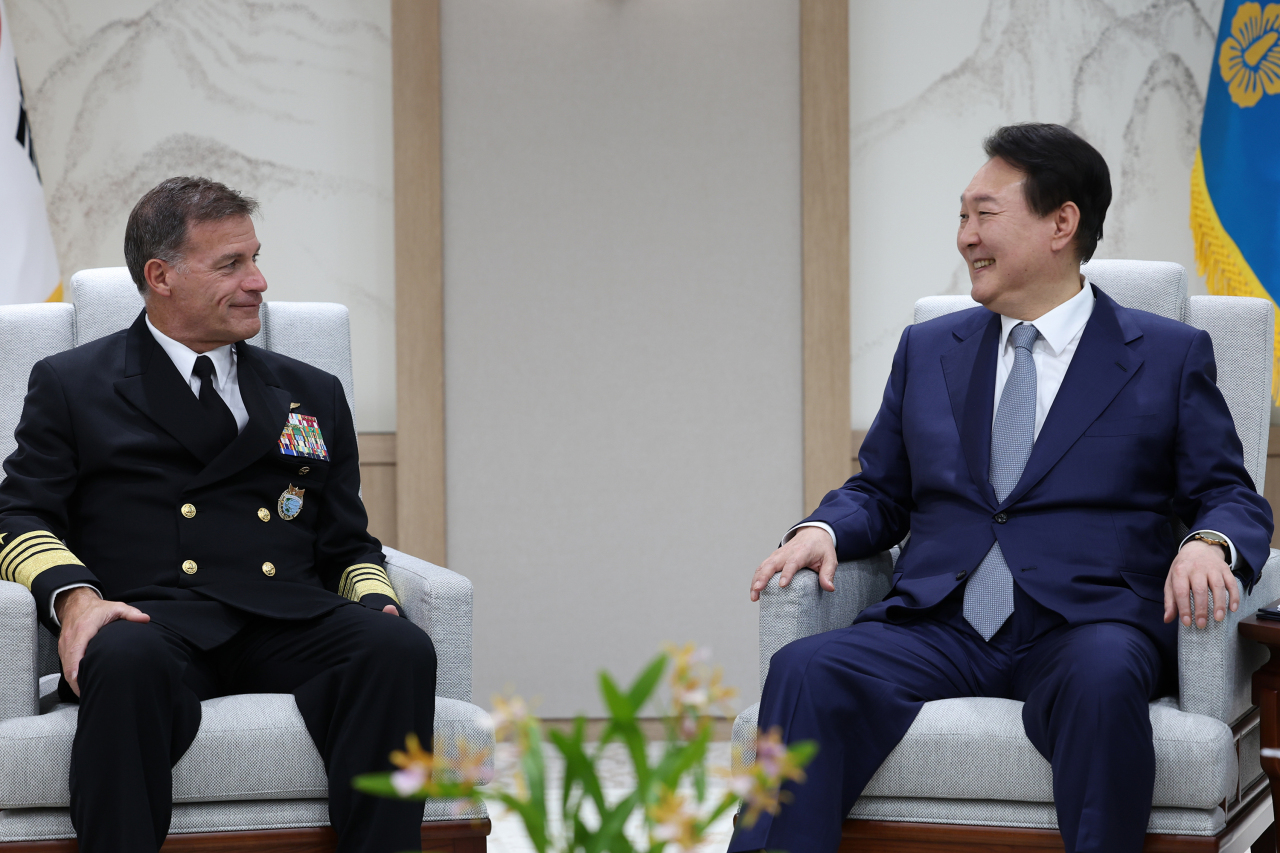 President Yoon Suk-yeol met with the commander of the US Indo-Pacific Command in Seoul on Thursday amid rising tensions over North Korea's missile tests, the presidential office said.

The meeting with Commander Adm. John Aquilino was not previously announced and followed Wednesday's redeployment of the US aircraft carrier Ronald Reagan to South Korean waters just days after it had left after a naval exercise with the South.

"The visit of the Ronald Reagan aircraft carrier strike group and successful combined naval exercise between South Korea and the United States is effective proof of the US ' strong extended deterrence," Yoon said, according to deputy presidential spokesperson Lee Jae-myoung.

Yoon thanked Aquilino for his active cooperation for the aircraft carrier's visit and asked that the Indo-Pacific Command closely work with South Korea to help its effective implementation of strengthened extended deterrence enforcement measures, Lee said.

In response, the commander said the return of the USS Ronald Reagan days after its departure in order to conduct additional combined exercises demonstrated the firm US commitment to the defense of South Korea.

He also said in the event North Korea stages what would be its seventh nuclear test, he would return immediately on a vessel no matter where he is, according to Lee.

The commander reaffirmed the South Korea-U.S. alliance is stronger than ever, saying his command would do everything to defend the ally.  North Korea has conducted six missile launches in under two weeks, including the daring launch of an intermediate-range ballistic missile over Japan on Tuesday.

Yoon and Aquilino were joined at their meeting by US Ambassador to Seoul Philip Goldberg and Lt. Gen. Scott L. Pleus, deputy chief of the US Forces Korea.