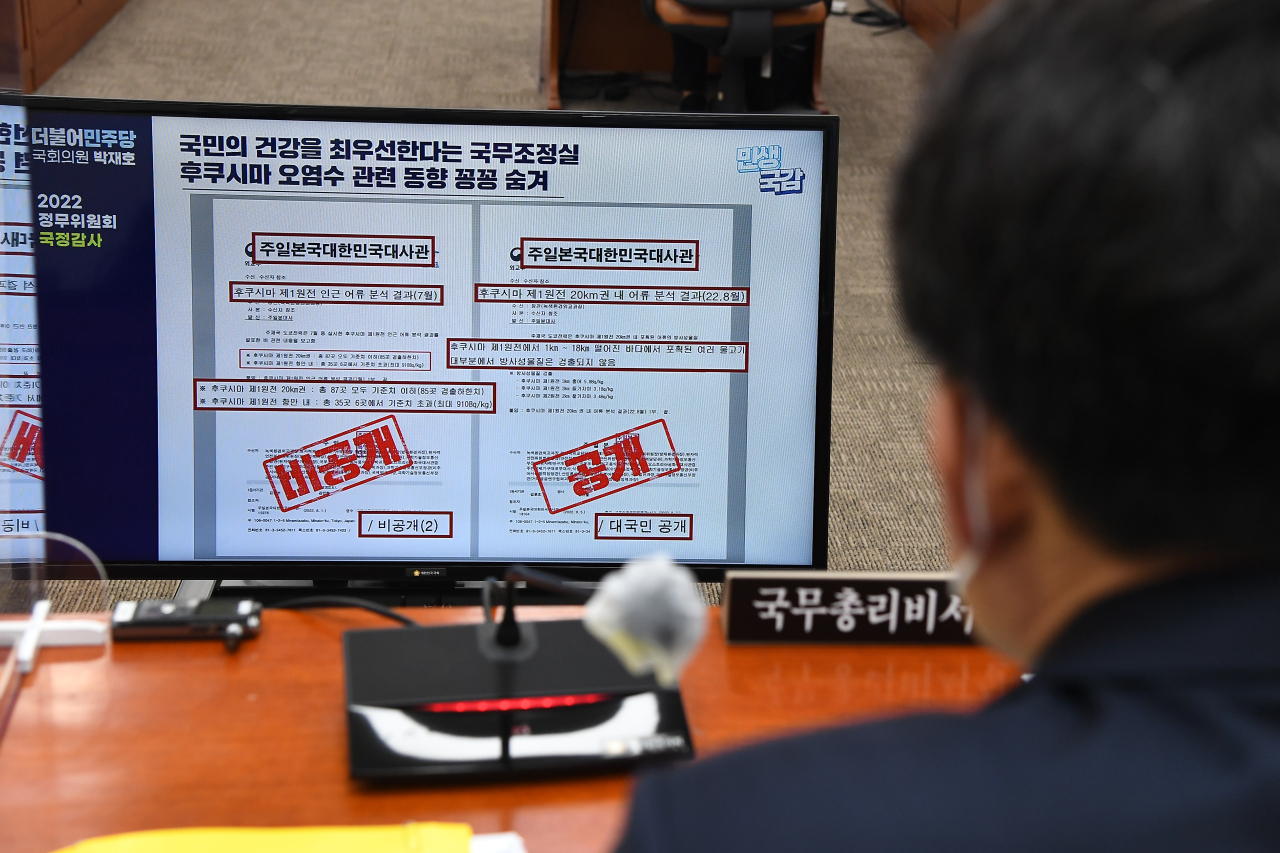 An official from the Office for Government Policy Coordination looks at reports on radioactive water from the Fukushima nuclear power plant during a National Assembly audit held Tuesday. (Joint Press Corps)

Rival parties on Thursday called on the government to come up with measures to respond to Japan's plan to discharge radioactive water from its crippled Fukushima nuclear power plant into the sea starting next year.

The ruling People Power Party (PPP) and the main opposition Democratic Party (DP) voiced concerns over the plan in unison during an annual parliamentary audit session on the Ministry of Oceans and Fisheries, calling it a "matter of people's safety."

In July, Japan's nuclear regulator, the Nuclear Regulation Authority, formally approved the plan to discharge the radioactive waste water stored in tanks at the Fukushima Daiichi Nuclear Power Plant into the Pacific Ocean. More than 1.2 million tons of tritium-laced water is expected to be released starting in spring next year.

"The government should work to resolve the Fukushima water release issue with all possible measures," Rep. So Byung-hoon, head of the parliamentary oceans committee, said, adding "the golden time is almost over."

DP Rep. Wi Seong-gon urged the government to have a clearer position on the matter, saying "uncertain" and "unsafe" substances from the polluted water can be contained in food South Korean people eat and damage the country's marine environment.

Oceans Minister Cho Seung-hwan told the lawmakers his ministry is considering whether to petition an international court over Tokyo's decision, and the foreign ministry is also looking into the expected damage from the water release with international law experts and scientists. (Ypnhap)