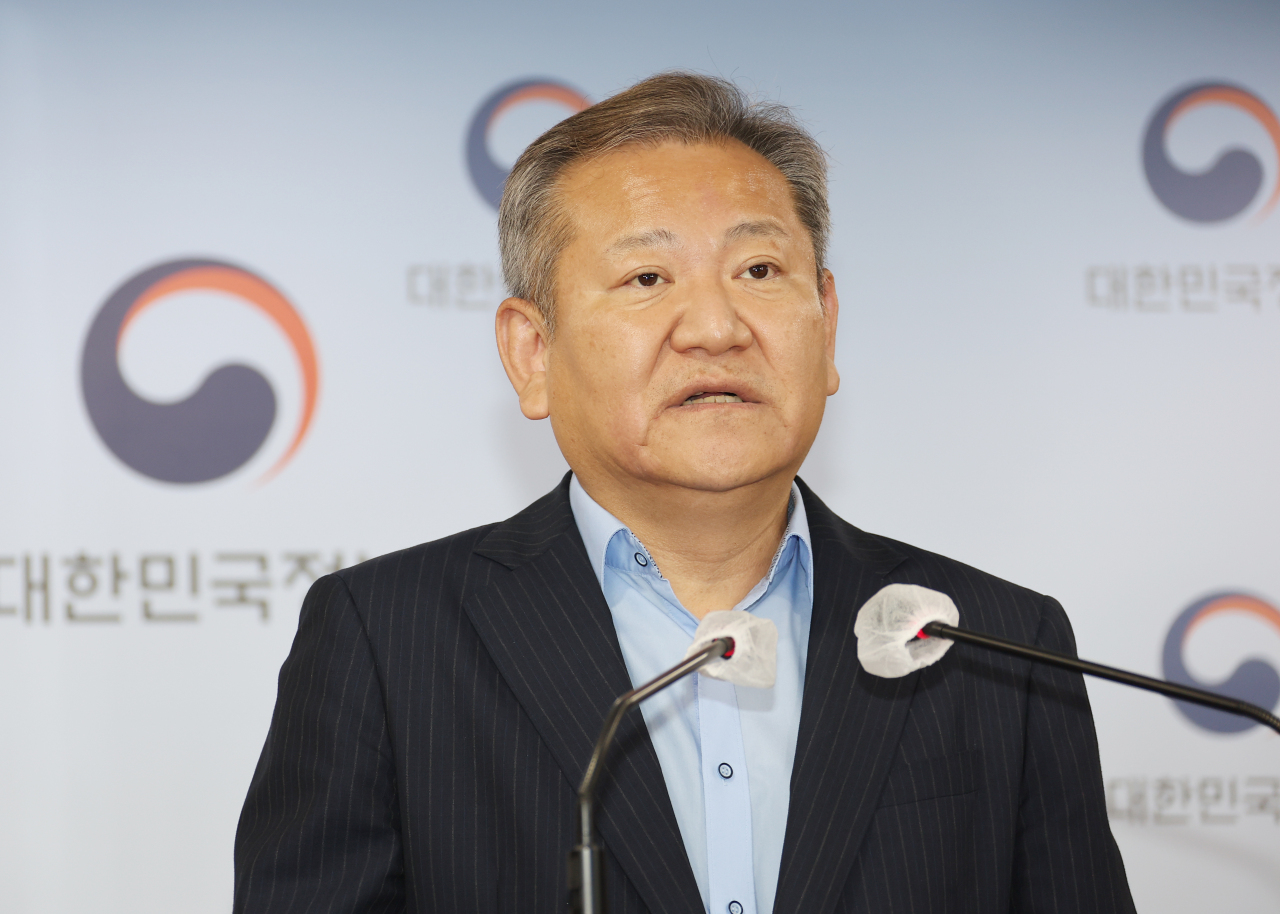 The plans also include the creation of a new body to address issues concerning overseas Koreans, and elevation of the Ministry of Patriots and Veterans Affairs' status.

The government will aim to pass the proposed amendment to the Government Organization Act at the National Assembly. If the government's reform plan goes through as planned, the Gender Ministry will cease to exist 21 years after it was inaugurated.

The government’s reform plan was announced by Minister of the Interior and Safety Lee Sang-min during a press conference in Seoul on Thursday.

Lee also hinted that the government will move away from focusing on making policies only for women, and shift the “paradigm” to focus more on equal rights for both sexes.

When asked if the main opposition Democratic Party of Korea would oppose the plan, Lee offered assurance that the core roles of the Gender Ministry would continue in other ministries.

Lee said the government will seek cooperation from the main opposition party to pass the amendment at the National Assembly and embark on the current administration's delayed plan for structural reform.

During his presidential campaign, President Yoon Suk-yeol pledged to abolish the Gender Ministry on the basis that it had failed to fulfill its role. However, his pledge was met with criticism from the main opposition party and civic groups, which contended that Yoon was attempting to ingratiate himself with young male voters.

Local women's rights organizations on Thursday also raised their voices against the government’s reform plan, arguing that the president is using the reform plan to shift attention amid the recent shortcomings of his administration.

If created, it will be the Foreign Ministry’s first agency, according to a government official.

"It is a long-cherished project for Koreans living abroad," the official said. The details of how the ministry will operate the new agency, however, have not been fully determined, the official added.