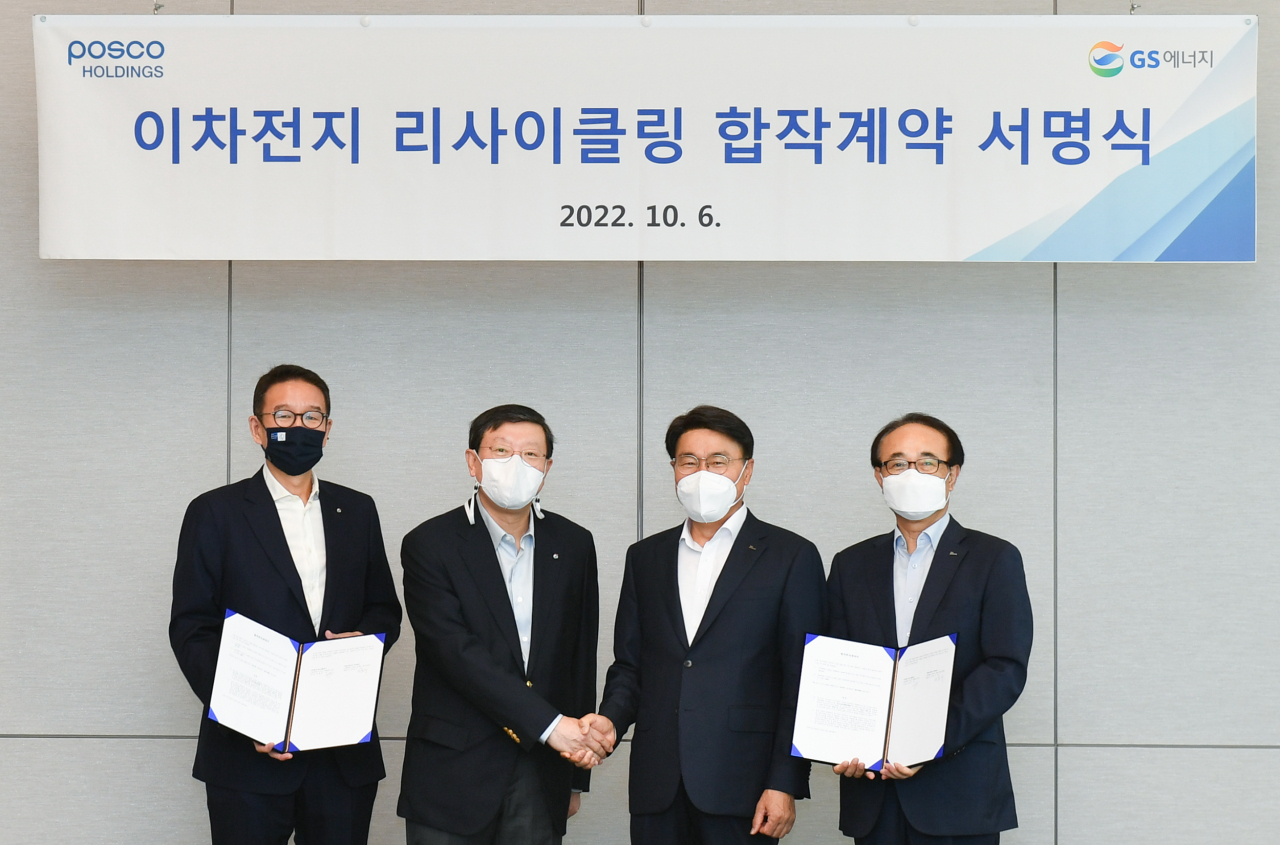 Posco and GS said they saw new business opportunity amid shifting industry ecosystem and decided to join efforts to create synergy in the battery recycling business by investing some 170 billion won ($121 million).

Such agreement comes after Posco and GS held the top management meeting in September last year to discuss and share insights in battery recycling, which is both group’s core business.

Firms said after starting off with extracting materials from used battery for recycling, they would later expand the business to Battery as a Service (BaaS) format to also conduct battery evaluation and inspection for reuse.

“When two group’s business potentials are combined, we are sure that we can create new business opportunity and will respond well to an energy transition,” said GS Group Chairman Huh Tae-soo.