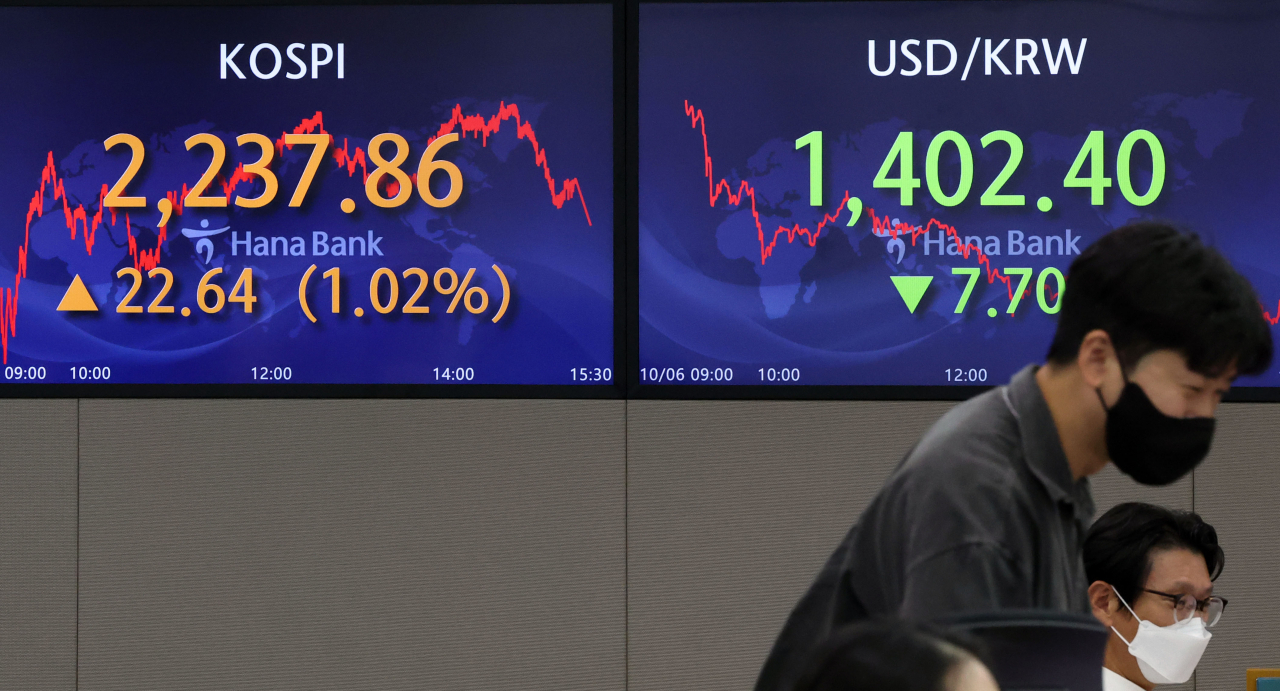 South Korean stocks made solid gains Thursday as investors picked up big-cap tech shares on hopes for a recovery in a semiconductor industry cycle.

Foreigners bought shares worth 252.05 billion won, while retail and institutional investors sold a net 185.25 billion won and 74.93 billion won worth of shares, respectively.

The Seoul market opened higher and maintained the upward momentum throughout the session despite overnight losses on Wall Street amid lingering concerns over aggressive monetary tightening in major economies and a global economic recession.

Earlier, Morgan Stanley anticipated a recovery in the semiconductor cycle in the second half of next year and recommended "moving overweight" for quality stocks.

It also forecast that South Korean and other emerging markets are bottoming after a long stretch of losses.

Internet giant Naver advanced 1.83 percent to 167,000 won following deep losses for the two previous sessions, after some investors questioned the timing and profitability of its recent 2.3 trillion-won deal to buy Poshmark Inc., a US second-hand fashion platform.

The local currency ended at 1,402.4 won against the US dollar, up 7.7 won from the previous session's close. (Yonhap)