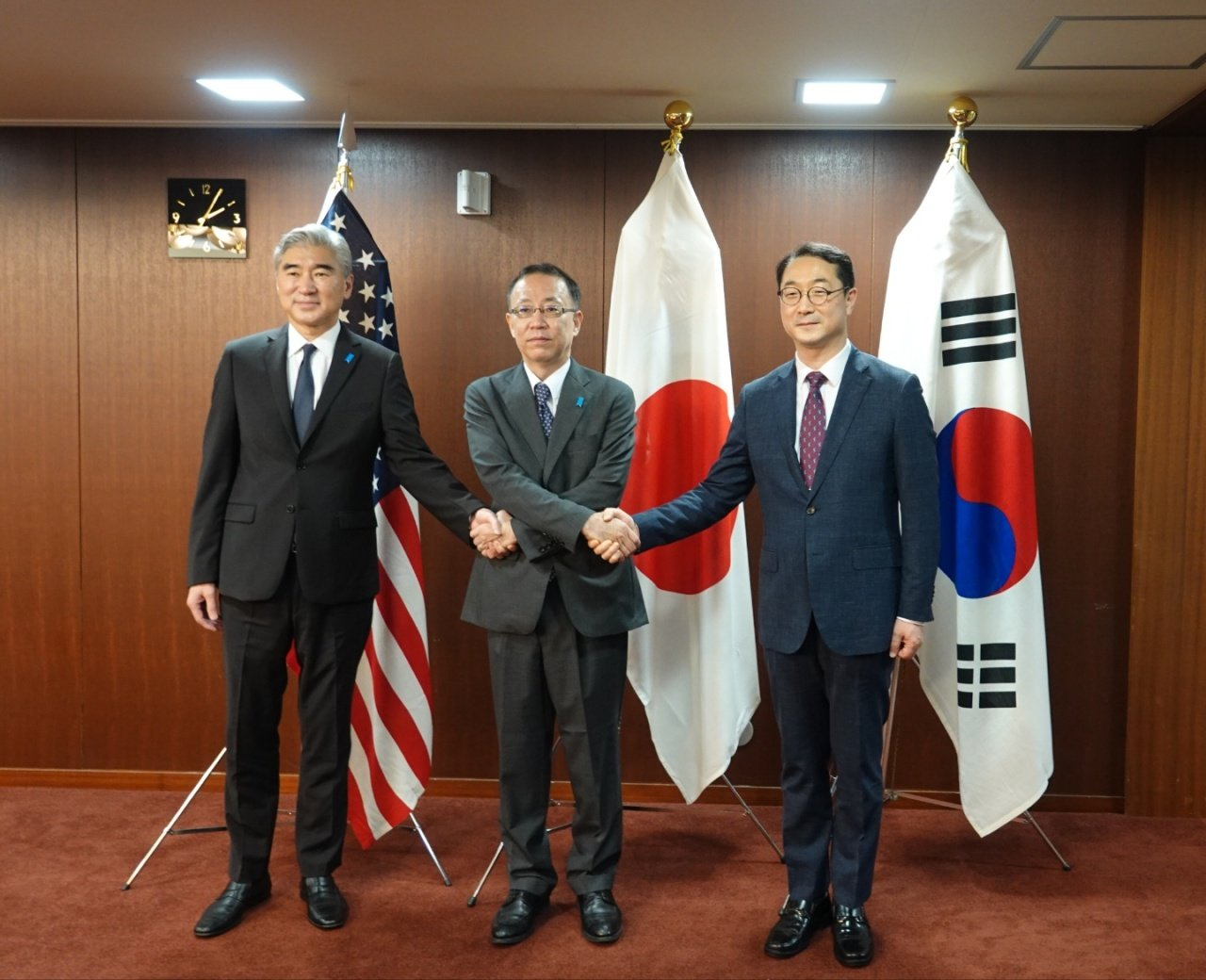 WASHINGTON -- US Special Representative for North Korea Sung Kim has called on the recalcitrant state to cease its provocative actions and return to dialogue, the state department said Wednesday.

In a trilateral call with his South Korean and Japanese counterparts -- Kim Gunn and Takehiro Funakoshi, respectively -- the US envoy also condemned North Korea's recent missile launch, according to department spokesperson Ned Price.

"Special Representative Kim strongly condemned the DPRK's ballistic missile launch as a clear violation of multiple UN Security Council resolutions and deeply destabilizing to the region," the spokesperson said of the call in a press release.

"He (Kim) called on the DPRK to cease its unlawful and dangerous activities and engage in serious sustained diplomacy with the United States and its allies," he added.

The three-way call was made Tuesday (Seoul time), shortly after the North fired an intermediate-range ballistic missile that flew over Japan the same day, according to Price.

Kim also reaffirmed "ironclad US commitments" to the defense of South Korea and Japan, said Price.

Tuesday's launch marked the fifth of its kind in just over a week, while Pyongyang is also believed to be preparing for what will be its seventh nuclear test.

The North conducted its sixth and last nuclear test in September 2017.