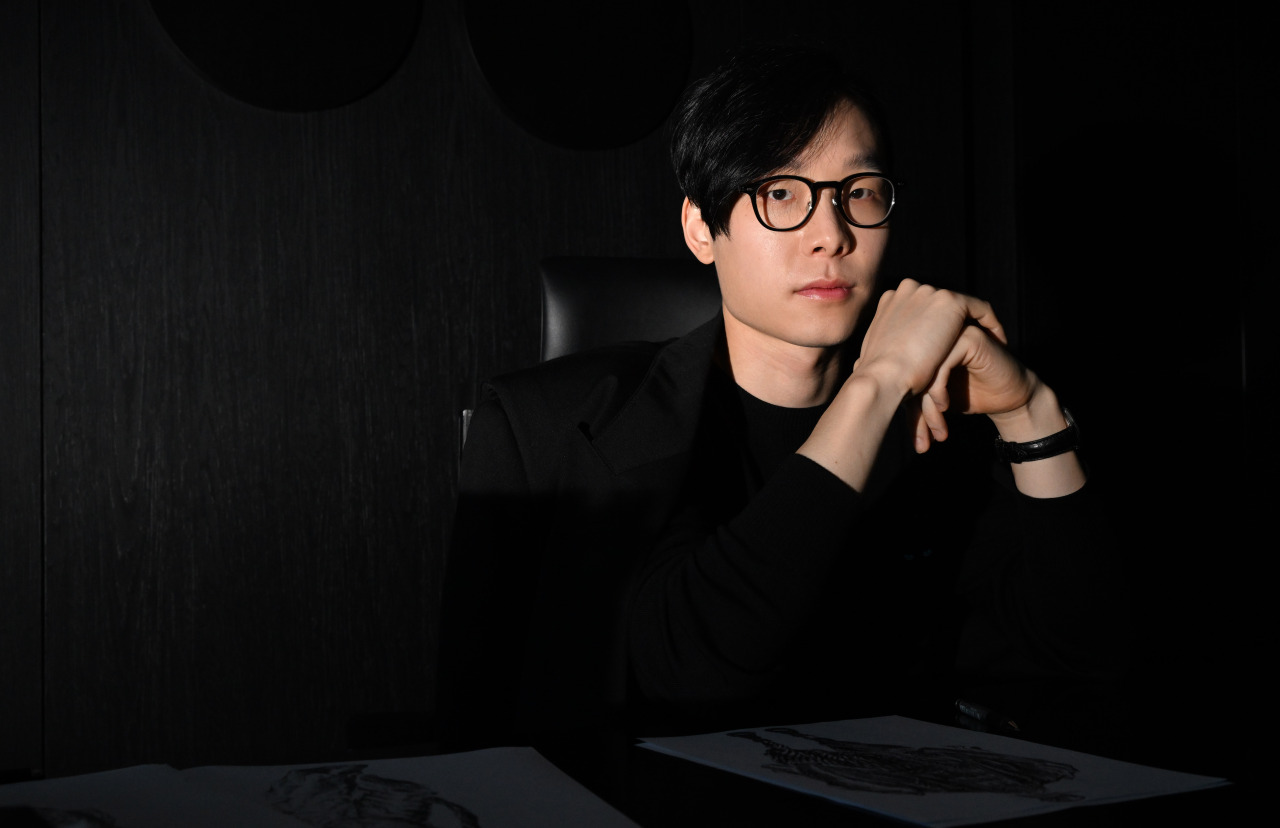 Jay Song, CEO and Creative Director of Songzio, poses for a photo at his office in Seongdong-gu, Seoul, Sept. 22. (Im Se-jun/The Korea Herald)

Songzio, an avant-garde Korean fashion brand, had been led for decades by a group of fashion designers focused on creating artistic collections. When Jay Song came on board as the CEO in 2018, he took steps to expand the brand’s presence globally.

The fashion house, one of the oldest designer brands in the country, was founded in 1993 by designer Zio Song. Over the past four years, Songzio has grown fast, running 62 shops around the country diversified into four brands -- Songzio, Songzio Homme, Zzero by Songzio and Zio Songzio.

“The year 2018, which was our 25th anniversary as a brand, was really a turning point where we had to do something internally -- not only focus on the collection but make sure that we transition ourselves as a company from a collection brand into a commercial house as well,” Jay Song said in the interview with The Korea Herald on Sept. 22 in Seoul.

Launched as Songzio, the fashion brand was close to the creative atelier led by Zio, who is now the artistic director of the company. The fashion designer has shown at more than 20 runway shows at Paris Fashion Week since 2006. The collections are based on the duality of opposing aesthetics and philosophies: Eastern yet Western, bohemian yet elegant, dark yet colorful, classical yet futuristic, according to Songzio.

Upon his appointment as CEO, Jay Song established Songzio Homme, a contemporary menswear brand. This was followed by the launch of Zzero by Songzio, a unisex youth brand in 2019. Most recently, he acquired Zio Songzio, the company’s first commercial brand that had been operated as a licensed brand since 2006, bringing the brand under the umbrella of the fashion company in July.

“When I first came to the company, there was a huge gap between what we did overseas and what we were selling in Korea (by the licensed company). It was really about closing this gap and making sure that we also have a commercial brand that is aligned with what we do overseas,” he said. 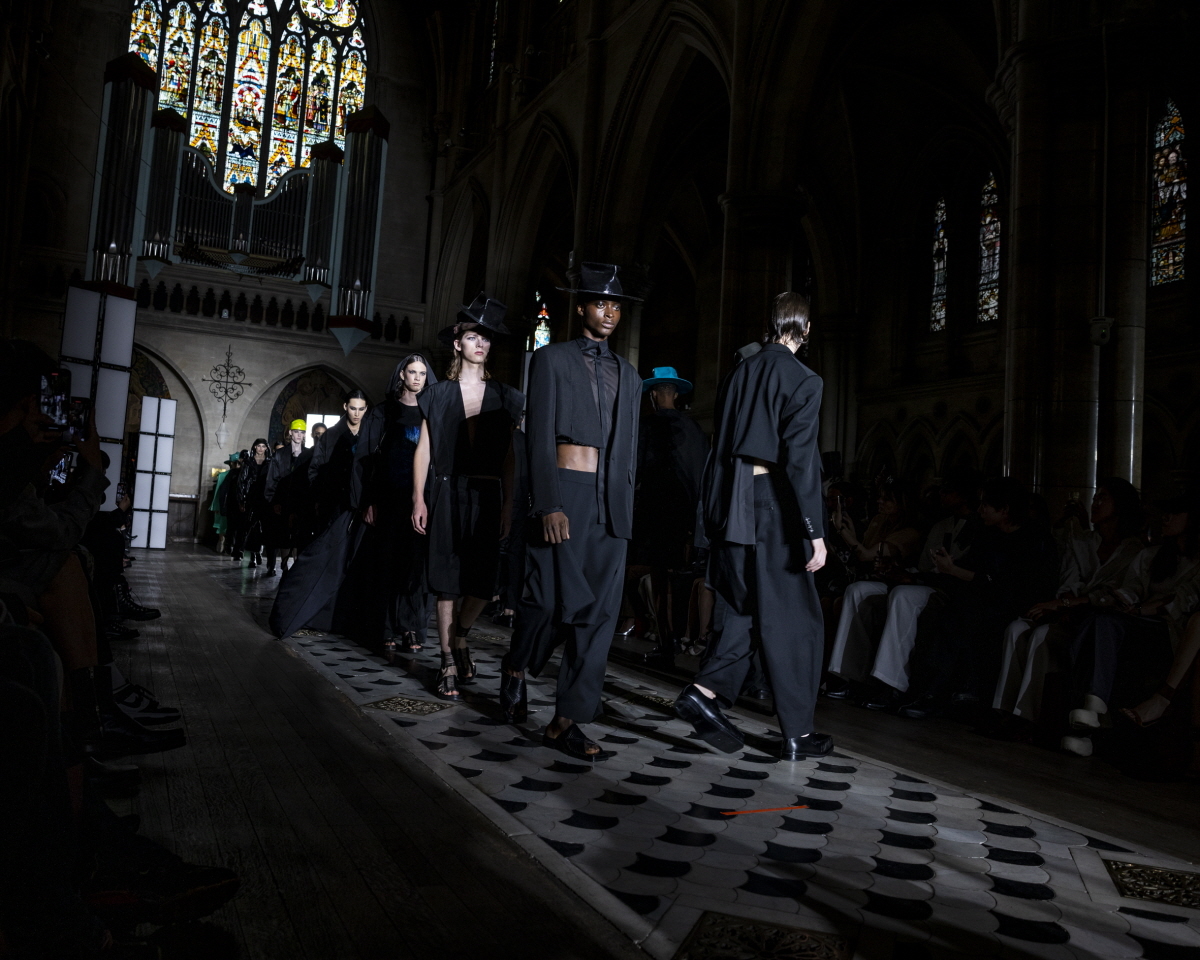 Songzio's 2023 spring-summer collection is presented at the American Cathedral in Paris, June 23. (Songzio)

After cementing the business at home, the fashion brand returned to Paris Fashion Week this year for the first time in five years to show its 2023 spring-summer collection. The collection with the theme of “eclipse” was inspired by the orderly chaos portrayed in Dante’s “Divine Comedy.”

Jay Song said he definitely felt a different atmosphere at the runway show that took place on June 23 at the American Cathedral in Paris, which was attended by some 500 people. He partly attributed the audiences’ interest to the Korean content that has come to global attention in recent years.

“The crowd response was very surprising,” he said. “What I was most surprised about was that many celebrities and influencers came to the show, which was kind of unimaginable to me back then in 2006.

This year, the fashion brand opened a showroom in Paris called Songzio Paris, intent on growing its business globally. A flagship store in Paris is expected in late 2023.

While many Korean fashion brands have expanded abroad, there are only a few brands that show their collection at the same time, including Songzio, the CEO said.

“This company is still a group of designers. We are very proud of our design process. For instance, we still do everything by hand -- all the sketches are drawn by hand and every piece that we make in our sampling department is all made by hand,” he said. 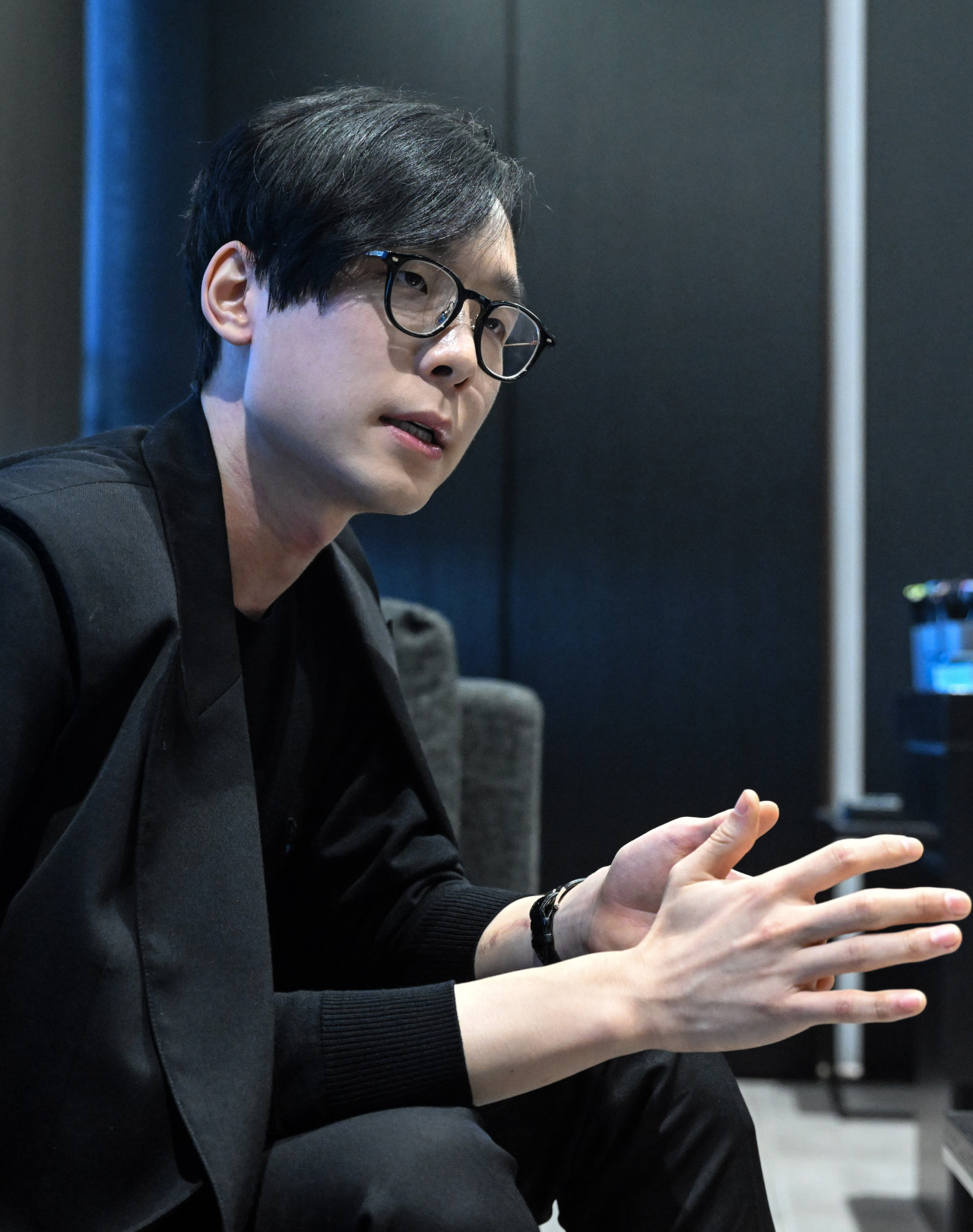 Jay Song, CEO and Creative Director of Songzio, speaks during an interview with The Korea Herald on Sept. 22 at his office in Seongdong-gu, Seoul. (Im Se-jun/The Korea Herald)

At the upcoming Seoul Fashion Week, which will be held from Tuesday to Oct. 15 at Dongdaemun Design Plaza, the fashion brand will introduce the 2023 spring-summer collection that was shown in Paris with a couple of additions.

Songzio’s runway show will take place on the first day of fashion week at the outdoor runway at DDP. Seoul Fashion Week is returning with in-person runway shows and some 200 buyers from 23 countries are expected to attend, according to the Seoul Metropolitan Government, which organizes the fashion show.

Over the last three years, Songzio has collaborated with international icons Disney, Tim Burton, Peanuts and Pixar. The collaborations went viral among the fashion-inclined and helped grow sales. The brand will collaborate once again with Disney next year to mark the entertainment giant's centennial.

“Songzio has been 30 years persisting with our own legacy. It is very important for us to diversify our brands and keep growing on one hand while maintaining our integrity in the design process on the other."

"We are planning to launch a womenswear brand in 2024, which will be another 'big project' as a company,” Jay Song said.