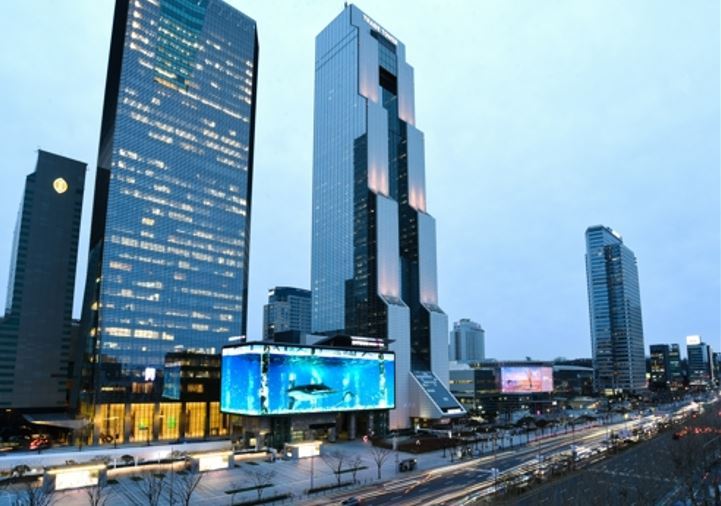 Headquarters of the Korea International Trade Association in Samseong-dong, Seoul (Yonhap)
US President Joe Biden sent a letter to President Yoon Suk-yeol in which he addressed Seoul’s concerns over the Inflation Reduction Act, the presidential office said Wednesday, adding that it sees Washington as demonstrating a “clear will to be considerate to Korean businesses.”

A presidential official said Biden’s letter was written based on the two leaders’ discussions on the IRA during their multiple meetings in New York and London last month. Biden has promised to continue holding talks on the IRA in a frank manner, according to the letter.

The letter raises hope for Korean businesses, notably Hyundai Motor Group, and might signal room for improvement, according to an executive at the Korea International Trade Association, a nongovernmental trade organization in Seoul. Hyundai Motor declined to comment.

The IRA aims to offer generous incentives to electric vehicles made exclusively on American soil. With the bill taking effect on Aug. 16, Korean automotive duo Hyundai and Kia were slapped with an immediate cut in subsidies, as they have no EV production base in the US.

KITA Vice Chairman Jeong Marn-ki told The Korea Herald that there is no other country, except for South Korea, which carried out full-fledged efforts -- including dispatching delegations led by relevant ministers -- to overcome the unfavorable situation for EV producers who operate outside the US.

He said, however, that there will be a bumpy road to see any breakthrough if the Korean government and industries’ target is to see a revision in the IRA.

Earlier in the day, Jeong downplayed the prospects for the US Congress’ revising of the IRA, but said diplomatic efforts should still be made to minimize the bill’s impact on South Korean carmakers.

“Revising the IRA won’t be easy – if not impossible – after the mid-term elections in the US,” he said. “Still, we need to persuade US lawmakers through diplomatic efforts and our alliances with local business partners.”

According to Jeong, even business lobby groups in the US and Europe had no idea about the surprise move.

“They seemed perplexed about the bill process, which had been carried out without consultations with the industry. They said it was impossible for them to prepare for the new bill,” he said.

He said the European Automobile Manufacturers’ Association is reportedly reviewing whether to file a complaint with the World Trade Organization against the new bill, with plans to analyze its long-term impact on the supply of EVs amid a carbon neutrality push.

Saying that high-ranking officials in American and European automobile-related associations appeared skeptical about a revision of the IRA, Jeong said it is time for the local car industry to try garnering other benefits, suggested by the US.

After Congress passed the IRA, the US is moving to offer a variety of benefits exclusively to carmakers that produce EVs at factories in the North American market.

The US has also specified that the EVs should be powered by batteries produced in North America to satisfy the state subsidies requirement.

“Korea should also find ways to offer corporate tax cuts for carmakers, for whom the US is one of the main export destinations,” he said.