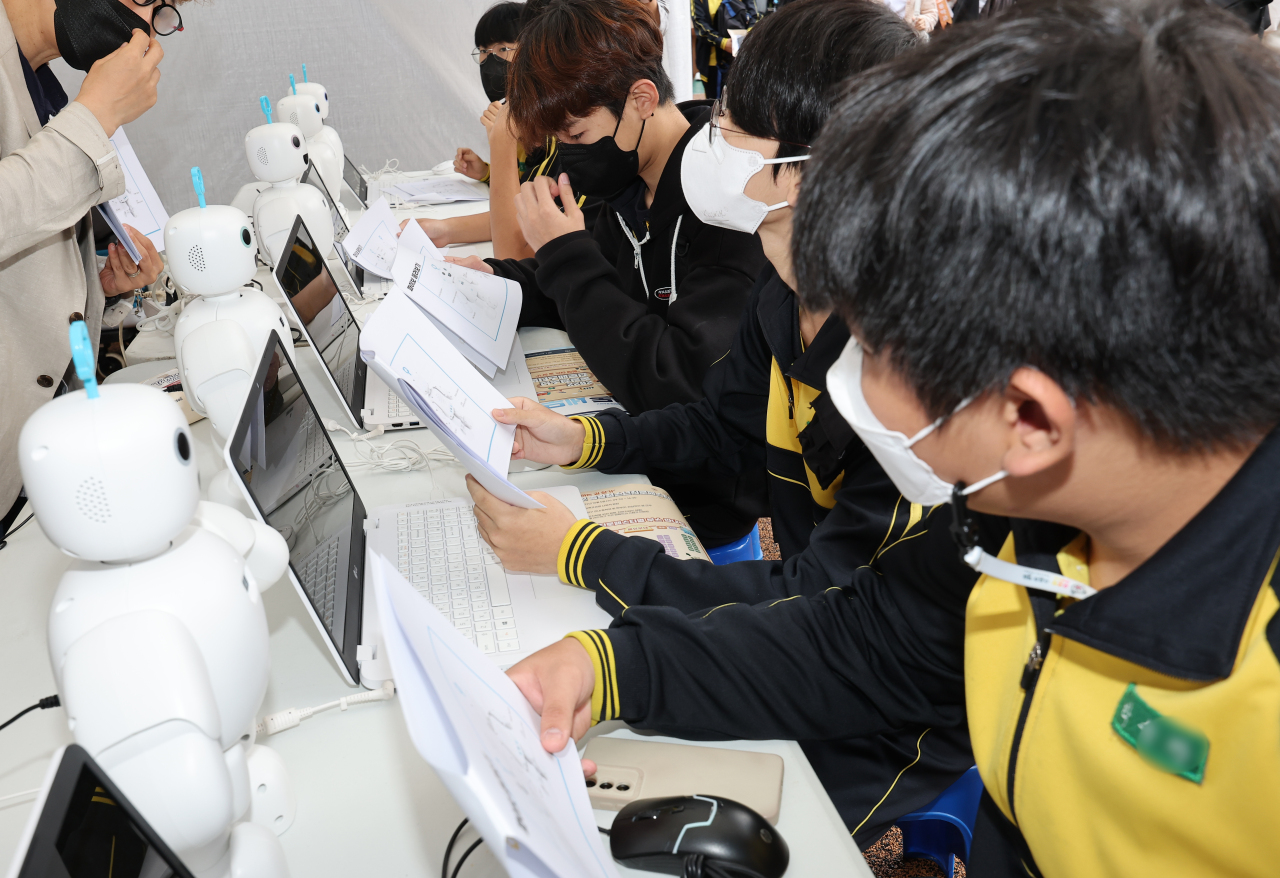 Students take part in a coding activity at a youth festival held in Seoul, Wednesday. (Yonhap)

The Education Ministry conducted a nationwide inspection of 501 private institutions teaching programming in September, and found 154 violations at 86 institutions which involved false tuition fees, operating an unregistered curriculum, running false or exaggerated advertisements, and other violations.

Of the institutes, two had their registrations canceled, three received suspension orders for up to seven days, and 22 were given fines adding up to a total of 32 million won ($22,509).

The ministry explained that the inspection was conducted as a preliminary measure to regulate private teaching institutes in concern that there could be an increase in violations as the ministry has announced its roadmap to nurture talents fit for the digital era in August.

With Yoon stressing the importance of the digital and semiconductor industry in Korea, the ministry rolled out plans to lift some restrictions on related-university departments and expand computer programming curriculum in schools.

According to a report from the Seoul Metropolitan Office of Education, there were 103 private teaching institutes for coding as of January, much higher than the 14 recorded in 2015. Gangnam-gu and Seocho-gu -- affluent areas of southern Seoul known to be hubs of private education -- showed the highest rate of increase in the period, from 2 to 36.

Though the government has announced its will to expand digital education for students, the pool for public education on computer programming remains short.

Only 47.6 percent of middle schools here have regular faculty members for computer information. The ministry said it will utilize short-term faculty members and instructors to provide computer education.