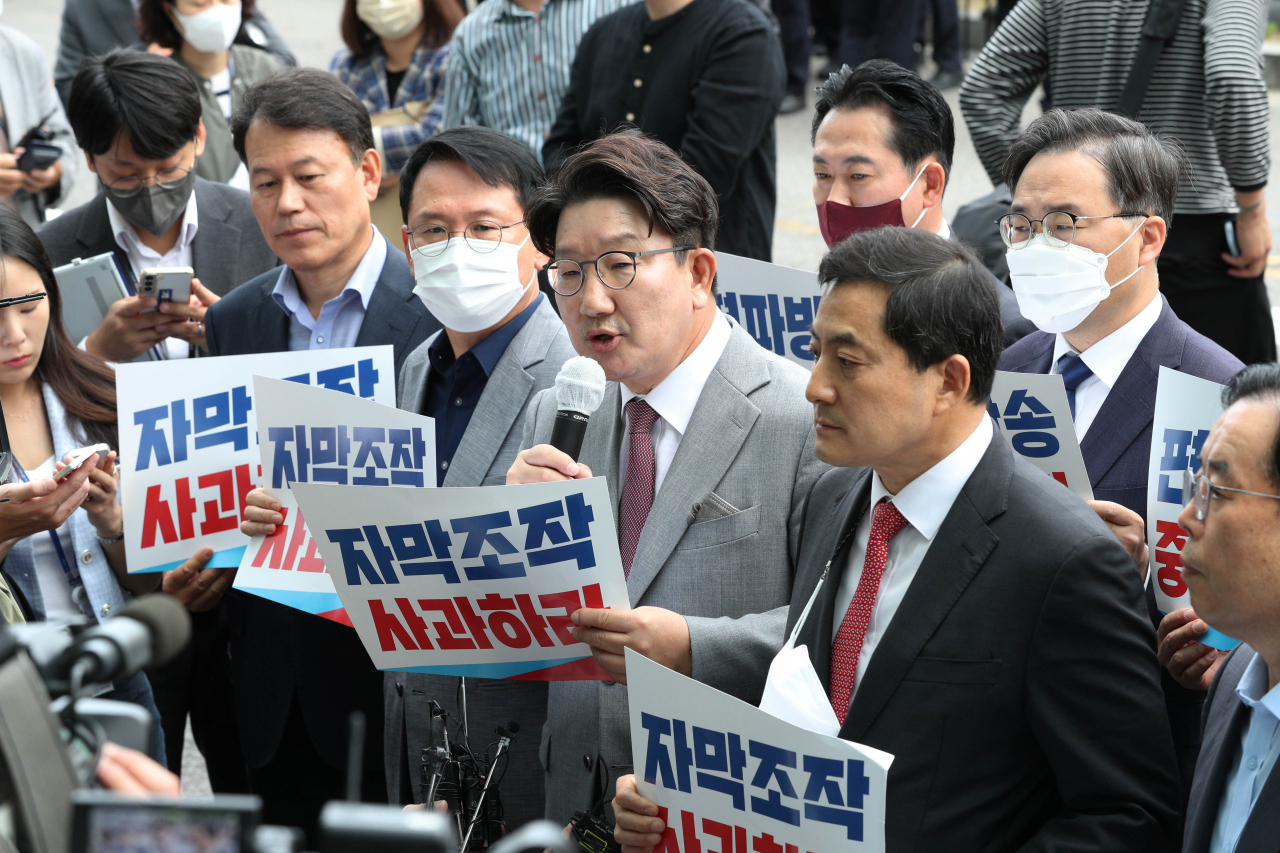 The International Federation of Journalists has condemned the ruling People Power Party in Korea over its criticism and filing of a defamation suit against public broadcaster Munhwa Broadcasting Corp. which reported on President Yoon Suk-yeol’s alleged use of foul language in New York last month.

In a statement Tuesday, the IFJ said the "censuring of MBC and other Korean media" was a “clear violation of press freedom.”

MBC has been sued by the conservative party for defamation, after it aired President Yoon’s hot mic moment in which he was heard appearing to use offensive language, the federation added.

“Suing the media for defamation is a typical example of intimidation. President Yoon should be held accountable for what he reportedly said and not use journalists as an excuse to cover up for him,” said IFJ General Secretary Anthony Bellanger.

President Yoon’s trip to New York last month was marred by controversy after footage of him using a swear word soon after meeting US President Joe Biden went viral.

He was caught on tape using the word “saekki” which roughly translates to “bastards" in English. A dispute over whether he said Biden’s name and whether he was referring to US lawmakers or South Korean lawmakers also ensued between the president and the media at large.

The president, according to news reports, doesn't recall what he said. His office claimed Yoon was not talking about Biden and US lawmakers.