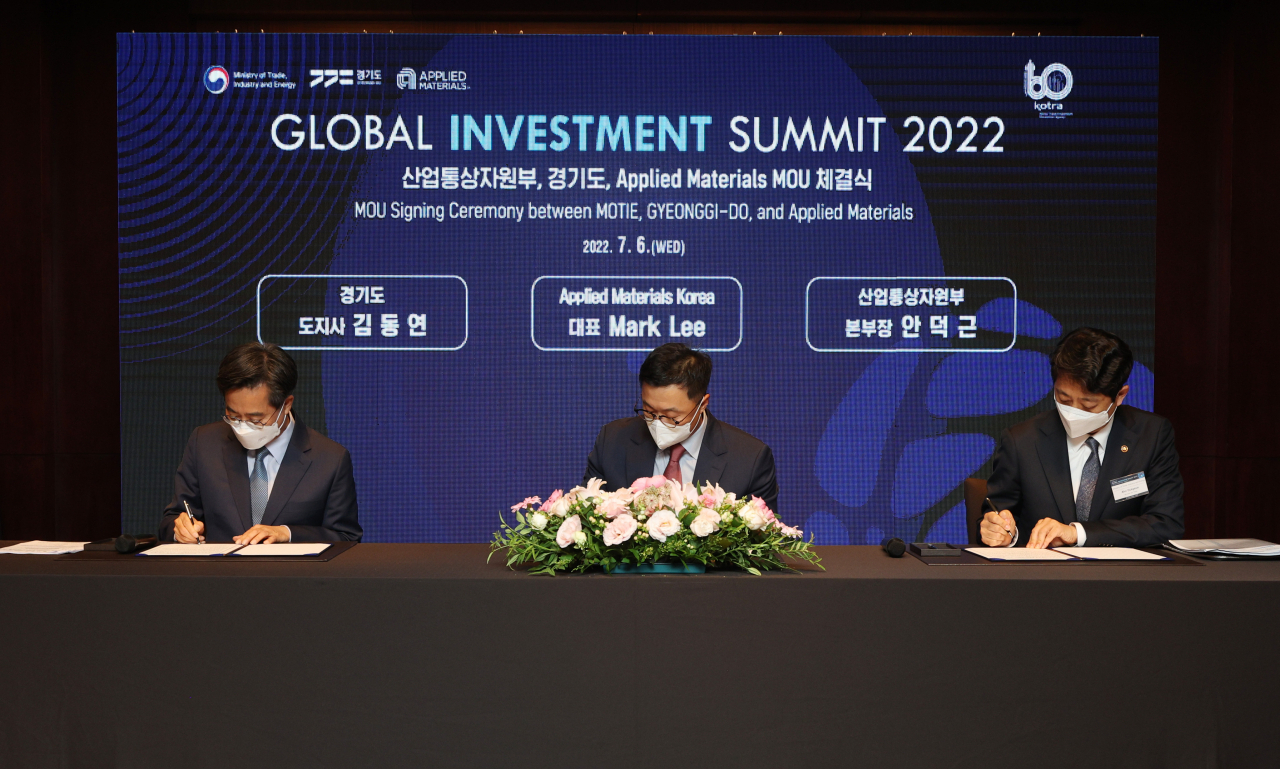 Foreign direct investment (FDI) pledges to South Korea rose 18.2 percent on-year during the first nine months of this year on the solid growth in investment in such advanced sectors as chips and batteries, the industry ministry said Wednesday.

The country received $21.52 billion worth of FDI commitments during the January-September period, compared with $18.21 billion logged a year earlier, according to the data by the Ministry of Trade, Industry and Energy.

It marked the highest amount ever for any nine months of data. It is also the first time that the country received more than $20 billion worth of FDI through the third quarter.

The amount of investment that actually arrived in South Korea, however, fell 6.7 percent on-year to $11.16 billion, the data showed.

A total of 2,498 investment pledges were made during the cited period, up 12.7 percent from the previous year.

"The results came despite uncertainties, including global inflation and interest rate hikes," the ministry said.

"The country saw an increase in foreign investment in such advanced sectors as semiconductors, electric vehicles and batteries. Stable manufacturing bases, manpower and innovative technologies, as well as the government's efforts, have attracted foreign investment," it added.

By industry, the manufacturing sector received investment pledges of $7.8 billion, more than double from a year earlier, as textiles, food and electronics businesses won larger investments.

But FDI pledges to the service sector fell 11.5 percent to come to $12.67 billion in the January-September period, according to the ministry.

By investor, the United States pledged to make $7.13 billion worth of investments during the cited period, up 115.9 percent on-year.

But investment from the European Union and Britain fell 55 percent to $3.3 billion due to a high base effect, and that from China, Hong Kong, Singapore, Taiwan and Malaysia went down 14.9 percent on-year to $4.33 billion, the data showed.