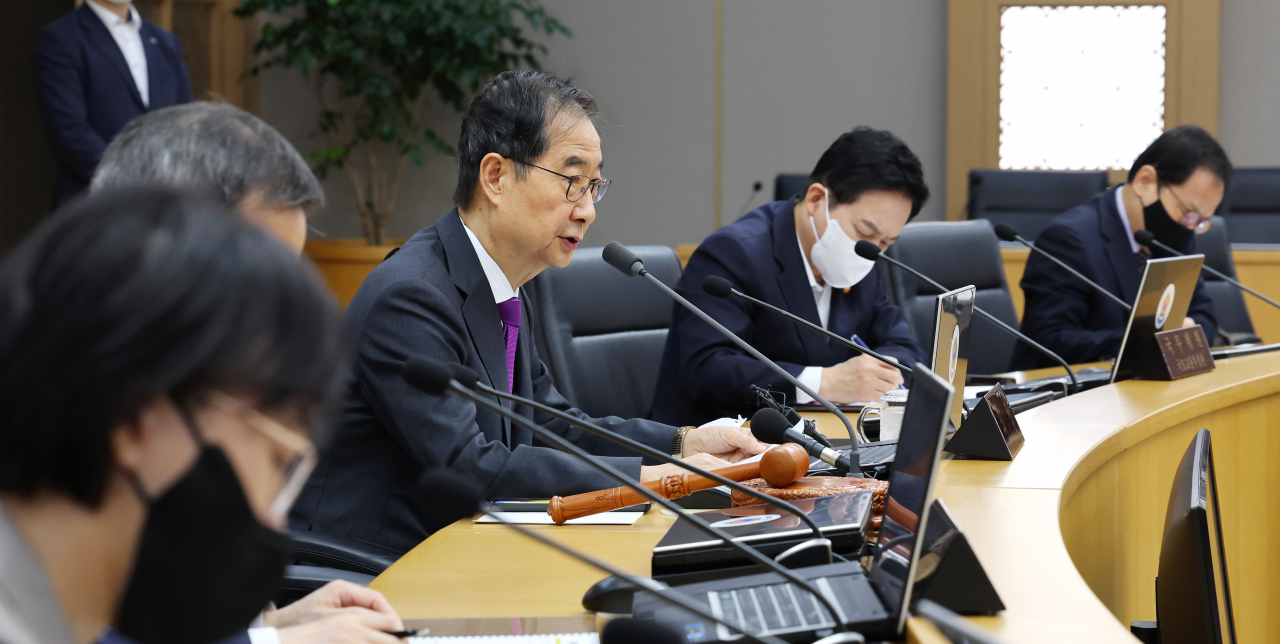 Prime Minister Han Duck-soo (3rd from L) presides over a Cabinet meeting at the government complex in Seoul on Wednesday. (Yonhap)

Prime Minister Han Duck-soo on Wednesday called for a sense of urgency to cope with economic difficulties at home and abroad, as the economy is grappling with soaring inflation and recession fears over rising interest rates.

"The government will continue to achieve growth and development of our economy by overcoming this internal and external environment with the attitude of strictly responding 24 hours a day," Han told a Cabinet meeting.

Consumer prices grew at a slower pace on-year for the second consecutive month in September, in yet another sign that inflation may have peaked, data showed earlier in the day.

Han gave a positive assessment on policies on taming inflation, saying that policymakers were "doing well" in their efforts to bring down prices.

However, Han said volatility in foreign exchange rates is increasing due to the strength of the US dollar and concerns over a slowdown in the global economy. (Yonhap)