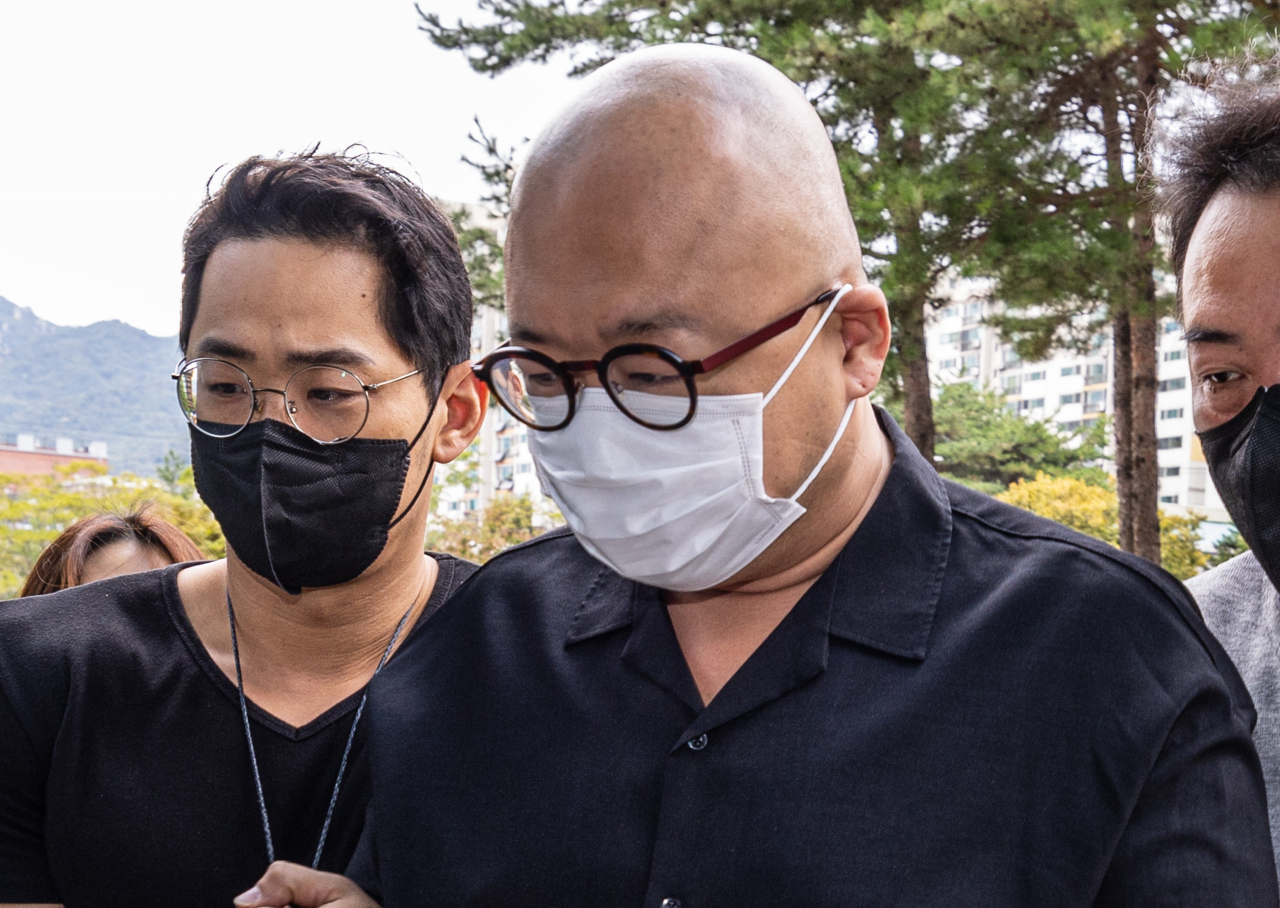 Don Spike appears for a court hearing on whether to issue an arrest warrant, held at the Seoul Northern District Court last Wednesday. (Yonhap)

Police referred Don Spike, a well-known K-pop composer and TV celebrity, to the prosecution on Wednesday on charges of purchasing and using methamphetamine on multiple occasions this year, officials said.

The 45-year-old, whose real name is Kim Min-su, was apprehended at a hotel in southern Seoul last week on charges that he had purchased methamphetamine with an accomplice on a total of eight occasions since December and used them at hotels in Seoul with two women on three occasions since April.

Police confiscated 30 grams of methamphetamine, an amount equal to about 1,000 doses, at the time of his apprehension and he subsequently tested positive for meth, according to police officials.

Don Spike was also accused of repeatedly using the drug alone at hotels and vehicles and purchasing methamphetamine via the Telegram messenger.

The Seoul Nowon Police Station on Wednesday referred Don Spike to the prosecution for further investigation and potential indictment and transferred the man, who has been in police custody, to the Seoul Northern District Prosecutors Office.

Don Spike debuted as a keyboard player for the group Position in 1996 and is famous for participating in the production of EXO's "Miracles in December" (2013) and Super Junior's "Islands" (2014). (Yonhap)