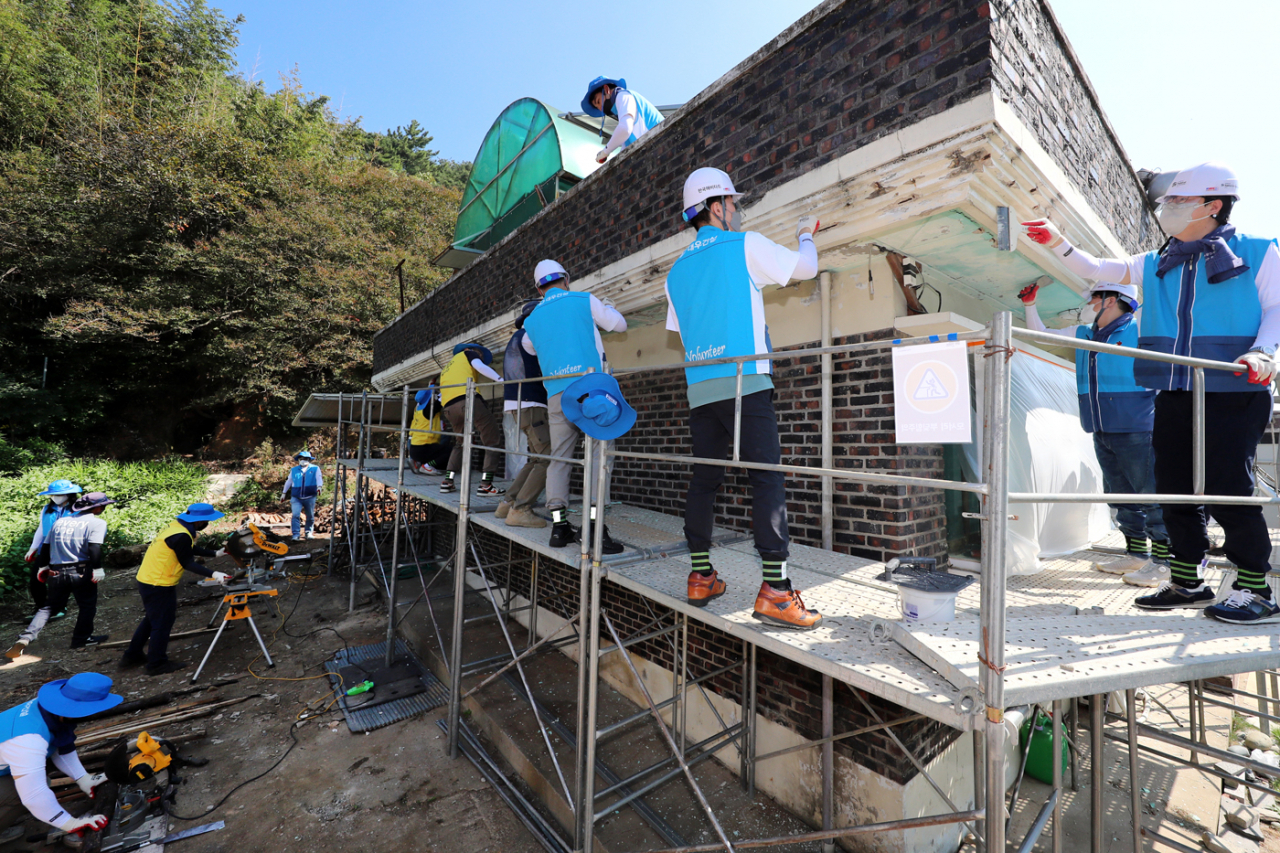 Daewoo E&C and Jungheung Group employees work on renovating an old house of a patriot descendent in Gwangju on Friday. (Daewoo E&C)

South Korean builder Daewoo E&C and its parent company Jungheung Group participated in a campaign to improve the living environment of a descendant of an independence patriot as part of its corporate social responsibility project on Friday, the companies said Tuesday.

Employees of Daewoo E&C and Jungheung Group traveled to the residence of the descendant of the deceased patriot Lee Yong-geun in Gwangju to repaint, change windowsills and build eaves on the house.

Daewoo E&C has been working on the particular campaign since 2018, according to the company. This year, the builder has renovated five homes and is to work on two more by the end of the year.

“Employees' participation in social contribution activities in the local community is a real way of co-prosperity and cooperation,” said an official from Jungheung Group.

Jungheung Group holds a 50.75 percent stake in Daewoo E&C, the country's third-largest builder in terms of construction capacity. The Gwangju-based builder is also the parent company of Herald Corp., which publishes The Korea Herald.