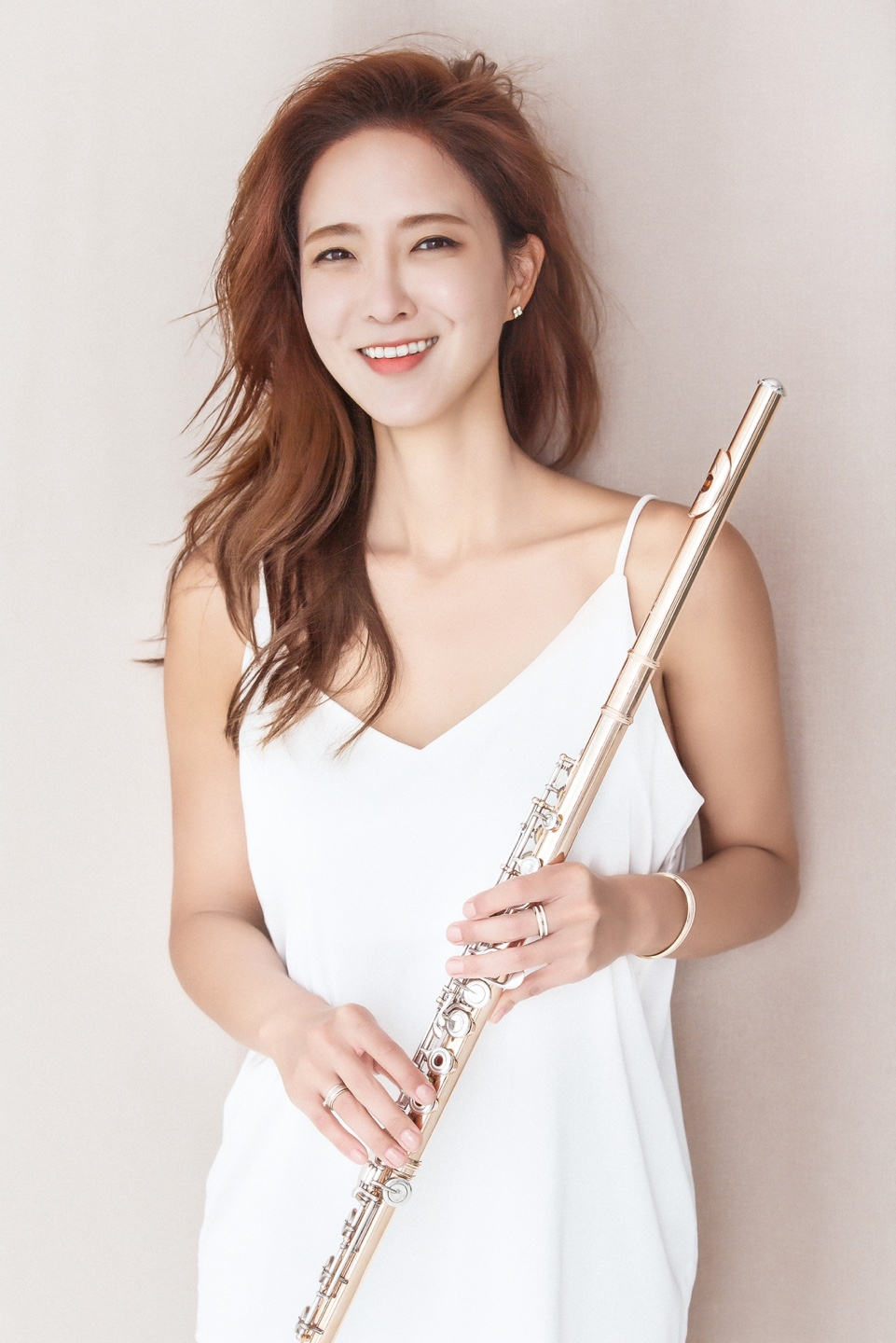 On July 13, 2011, South Korean flutist Choi Na-kyung, also known as Jasmine Choi, played at a recital for the celebration of UN Secretary-General Ban Ki-moon’s re-election. There she met people she considered to be truly selfless, people who live their lives for the purpose of tackling famine, climate change, improving women's rights and other pressing global issues. Unexpectedly, the joyful event made her depressed for months.

“I love music so much, but I couldn’t help but think, ‘for whom am I playing?’ ‘Should I quit?’ ‘There are so many flutists anyway,’” the 39-year-old musician recalled the chain of thoughts that occupied her for several months.

And one day, a moment of epiphany came.

“I was listening to Yo-yo Ma and Jo Su-mi when I thought ‘I really hope they continue making music like they do now,” and she felt happy with the thought of her music helping others in some way.

‘How will my music make people's lives better?’ takes center stage when she makes decisions, Choi said when asked about the turning point in her music career.

Choi, like most performers, was forced to take some time off during the COVID-19 pandemic. The soloist, who launched a full-time solo career after leaving the Vienna Symphony Orchestra in 2013, typically performed nearly 100 times a year all around the world before the pandemic. 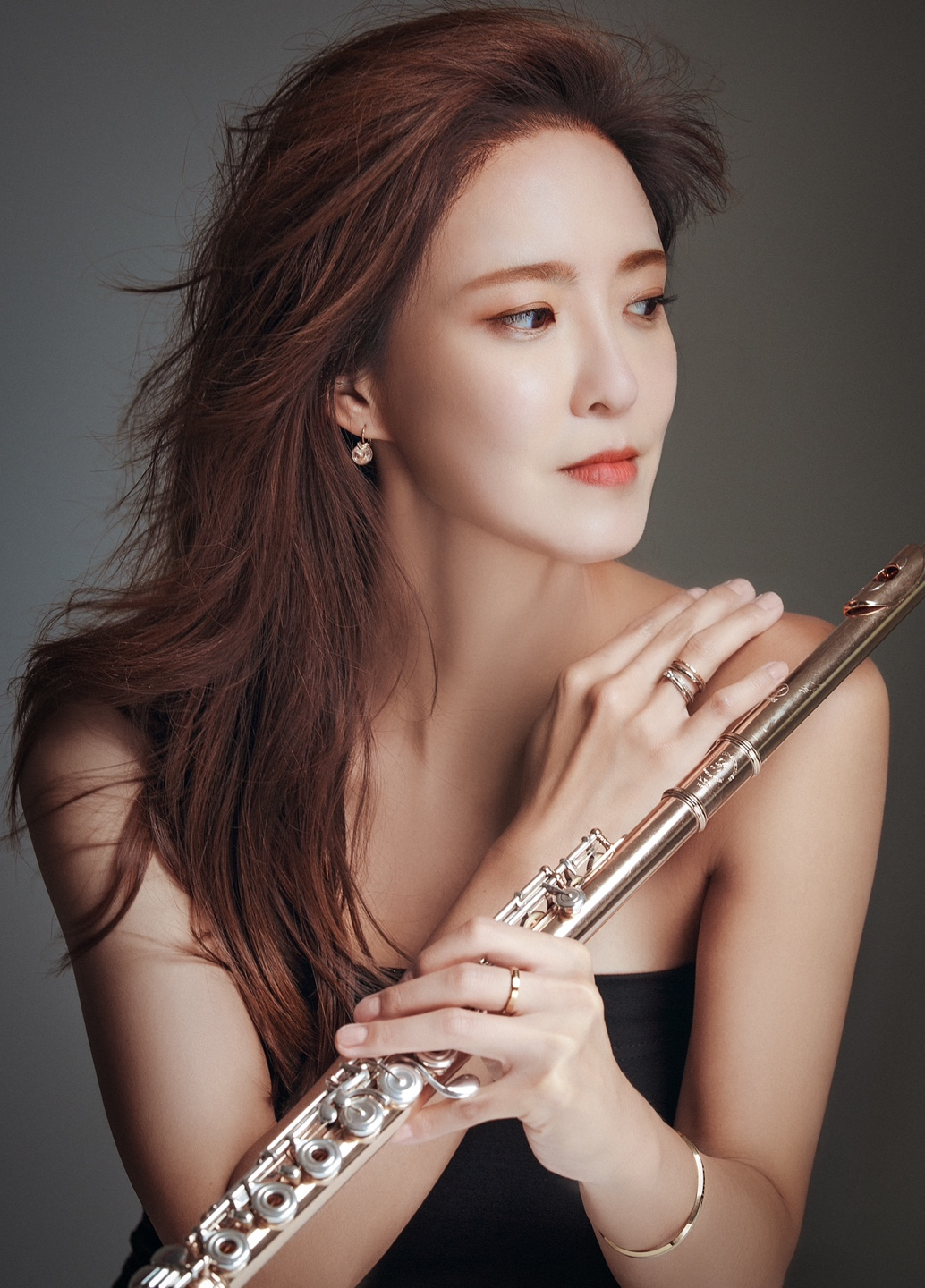 But even the pandemic couldn't keep her idle.

“Like many people who did what they had always wished to do, during the lockdown I also did what I had wanted to do,” she added.

In her apartment in a city near Vienna, Austria, where she’s now based, she ran a series of online lessons for students via livestream and also wrote a flute textbook in Korean, that will be published in the US and Taiwan. The textbook will be supplemented by 166 online videos.

Also, during the pandemic, she did 12 in-depth Zoom interviews with fellow musicians, for which she spent long hours editing.

The videos she created and edited show her attention to detail and dedication to what she loves as well as her originality, which are apparent in her career path.

Choi started playing the flute at 9 years old and made her debut at 15. She then went to the US to study at the Curtis Institute of Music on a full-scholarship under Julius Baker. Upon earning a master's degree at The Juilliard School, her international career as an orchestral musician and soloist began. She held the post of associate principal flute at the Cincinnati Symphony Orchestra before joining the Vienna Symphony Orchestra as a principal in May 2012, becoming the first Korean in the orchestra’s storied 113-year history.

She is known for expanding the repertoire for flute, introducing her own arrangements of the violin concertos of Mendelssohn and Tchaikovsky, and the Saint-Saëns Introduction and Rondo Capriccioso and his Zigeunerweisen, as well as numerous other violin and cello sonatas.

On Wednesday, Choi will take the stage with conductor Year Ja-kyung to perform Mozart’s Flute Concerto in D Major, K314, Wieniawski’s Polonaise Brillante No. 2, Op. 21 and Mendelssohn’s Symphony No. 4 in A Major, Op. 90 "Italian." She will then tour Europe before returning to Korea in December for a series of performances with the KBS Symphony Orchestra. She also has plans for jazz concerts which will feature her new recordings for a jazz album.