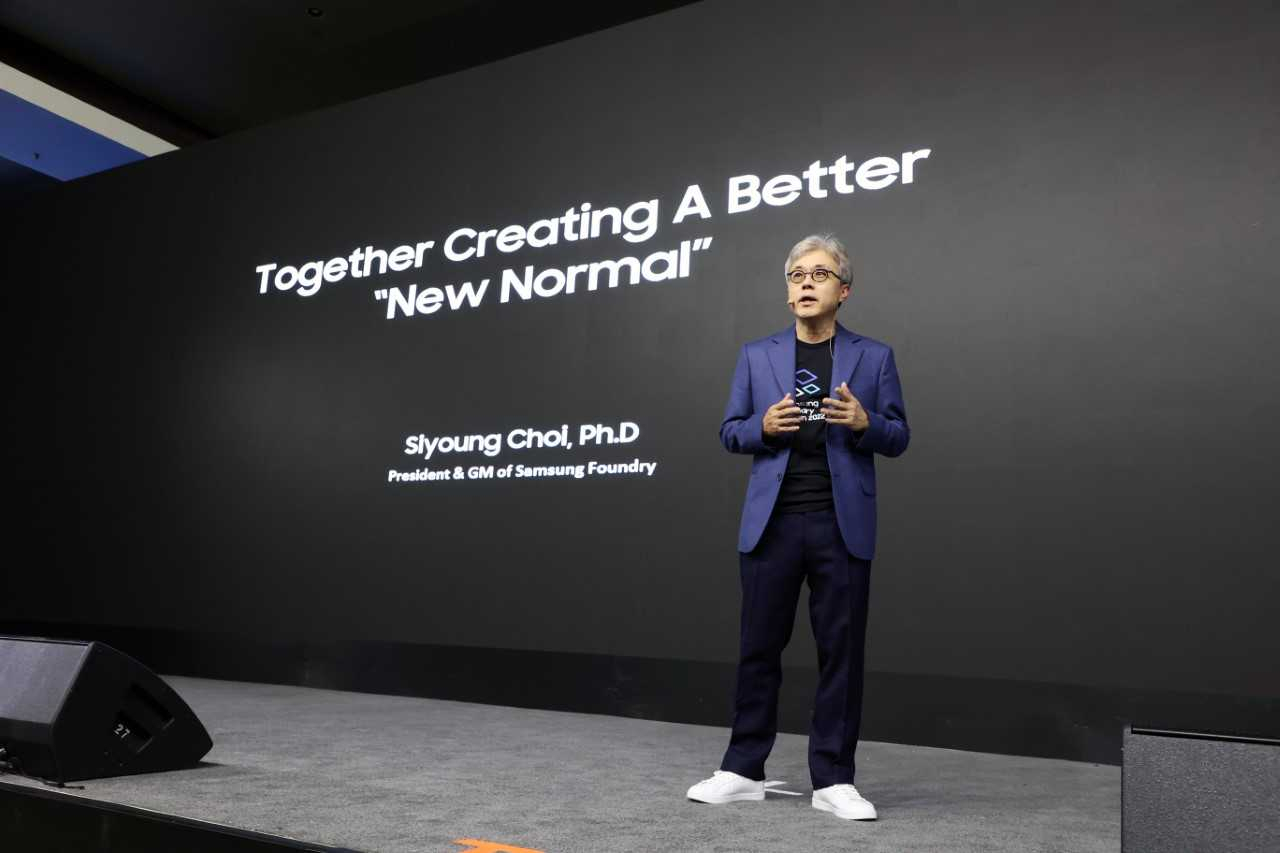 The new plan came after the South Korean tech giant became the first chipmaker to produce chips on the 3nm production process, the most sophisticated chipmaking technology in the market, in June.

Chips with smaller nanometer ratings are more powerful, as they can fit in more transistors, but they are also more difficult and costly to produce.

Samsung laid out its foundry business strategy at a forum in Silicon Valley, with some 500 attendees from fabless clients and suppliers joining the event.

“Our clients’ success is the reason why Samsung’s foundry business division exists,” Samsung’s foundry chief Choi Si-young said at the event, held in-person for the first time in three years. “Samsung, as a partner for creating a better future, will offer a new standard in the foundry industry.”

Samsung is the world’s largest memory chipmaker, but its foundry business remains a distant No. 2. The dominant market leader Taiwan’s TSMC dominates more than 60 percent of the market, while Samsung owns some 15 percent.

Shrinking chip circuitry is Samsung’s key strategy to narrow that gap with TSMC, whose largest client is Samsung’s archrival Apple. By making technical leaps faster than the Taiwanese rival, it aims to lure chip buyers and gobble up the market share.

The 3nm technology boasts greater transistor density than any other technologies in the market, which means higher speed and low power consumption of advanced chips for artificial intelligence and autonomous cars.

Samsung’s latest technology is also the first to use the most advanced transistor architecture, called gate-all-around field-effect transistor technology (GAAFET).

TSMC also plans to start producing 3nm chips soon sometime this year, with recent news reports saying the company plans to supply its next-generation 3nm chips for Apple’s high-end iPhones from the latter half of next year.

During the forum, Samsung said it planned to triple its production capacity over the next five years in efforts to responsiveness to chip buyers.

Citing its “Shell First” strategy, the company will build a clean room first and then build production facilities according to market demand. The strategy will be applied to its new foundry plant in Taylor, Texas, which is under construction, and other plants globally.

Samsung is also investing heavily to take on TSMC. It is building a $17 billion foundry plant in Taylor and has potential plans to spend almost $200 billion in the Texas area over the next 20 years.