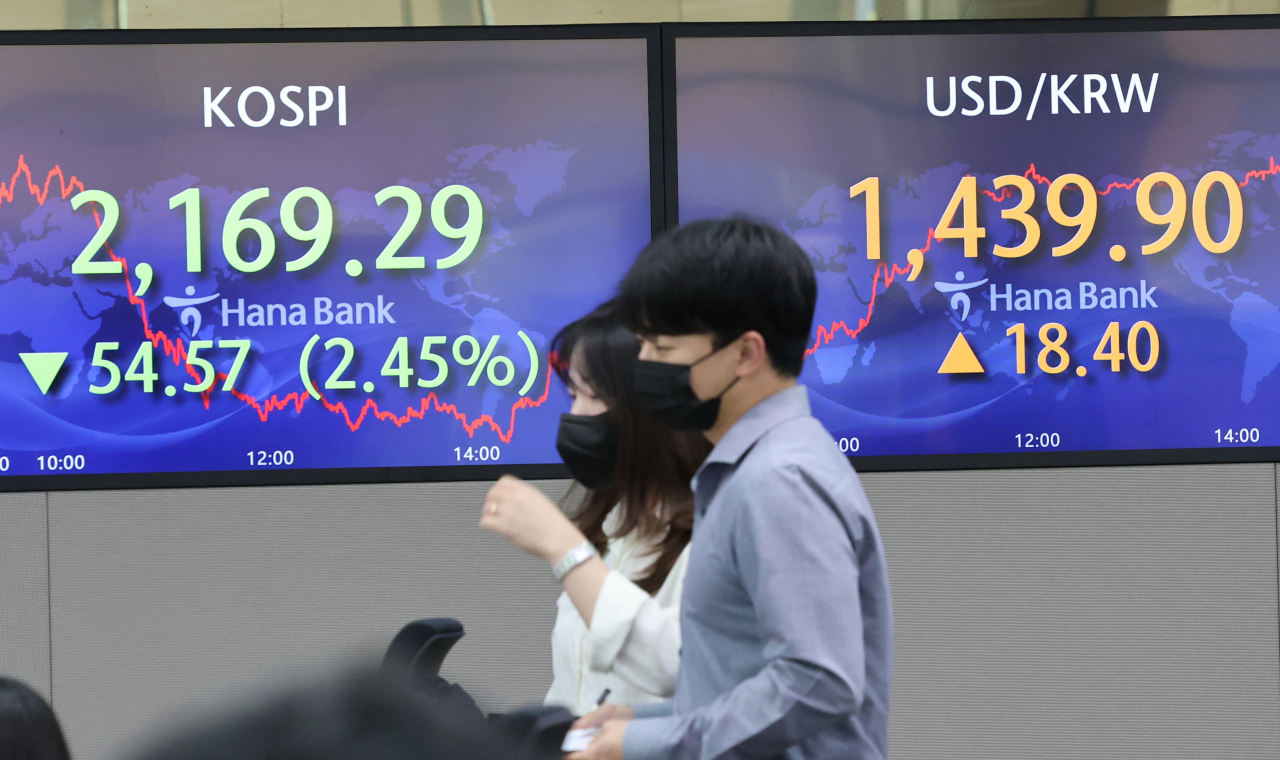 Monitors in the dealing room of Hana Bank in Seoul show the benchmark Korea Composite Stock Price Index (KOSPI) having plunged 54.57 points, or 2.45 percent, to close at 2,169.29 last Wednesday on mounting concerns over a global recession. (Yonhap)

Consultations are ongoing among relevant agencies with an aim to complete preparations for the launch of the around 10 trillion-won ($7 billion) fund within this month, according to the sources.

The move comes as stock markets here have nose-dived this year on worries over aggressive monetary tightening in the United States and other major economies and a global economic slowdown. The benchmark KOSPI has fallen about 27 percent so far this year.

A similar-sized fund was set up in early 2020 in the face of heightened volatility caused by the outbreak of the coronavirus. It, however, was not tapped into as stocks later rebounded.

The sources said that the soon-to-be-launched fund will be financed by using about 120 billion won left from the 2020 fund and some 880 billion won contributed by the Korea Exchange, the Korea Securities Depository, and other financial agencies and firms.

"It is part of efforts to load a gun so as to be ready to inject money in case market situations deteriorate," a source said.

Last week, Kim So-young, vice chairman of the Financial Services Commission, called for the need to resume the operation of such a fund to take action in a timely manner against excessive movements in the market. (Yonhap)