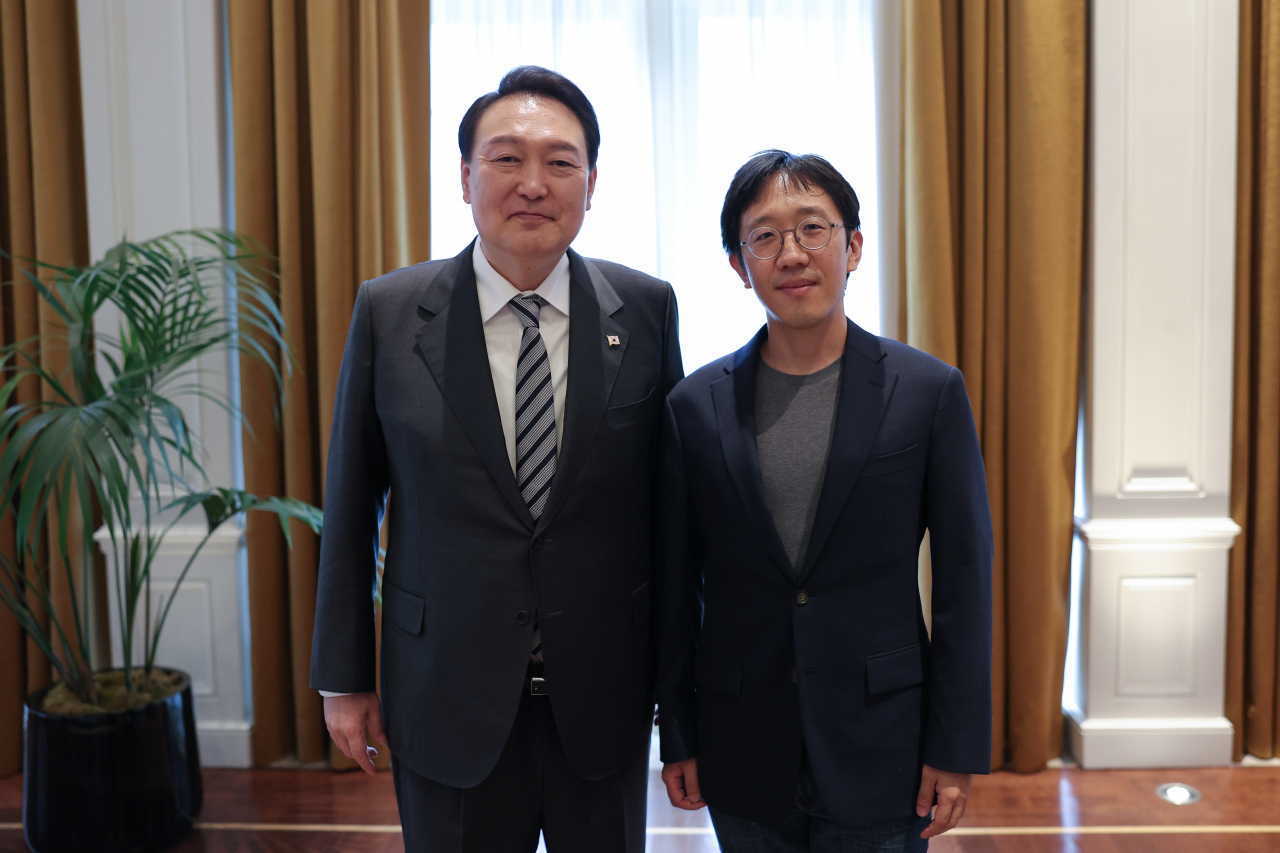 South Korean President Yoon Suk-yeol (L) poses for a photo with June Huh, a Korean American mathematician and professor at Princeton University, during their meeting at a New York hotel, in this file photo taken on Sept. 22. Huh won the Fields Medal, often dubbed the Nobel Prize in mathematics, in July for his research connecting combinatorics and algebraic geometry. (Yonhap)

The program is aimed at nurturing young mathematicians under 40 through an annual stipend of around 120 million won ($84,000) for up to 10 years, according to officials at the presidential office.

The fellowship, which will be run by the Ministry of Science and ICT, will ensure research freedom by having only one progress evaluation in the fifth year.

The ministry plans to select six participants for a trial run and then consider expanding the program.

Separately, it plans to select around 20 students in middle through graduate school and provide them with research assistance in math.

The fellowship was conceived partly in line with Huh's wishes to create a free and stable environment where researchers can pursue long-term projects.

Huh, a professor at Princeton University, is the winner of this year's prestigious Fields Medal, which is often dubbed the Nobel Prize in mathematics.

President Yoon Suk-yeol met with him during his trip to New York last month and promised he will not spare any government assistance to produce large numbers of talented people in math, science and technology like Huh. (Yonhap)