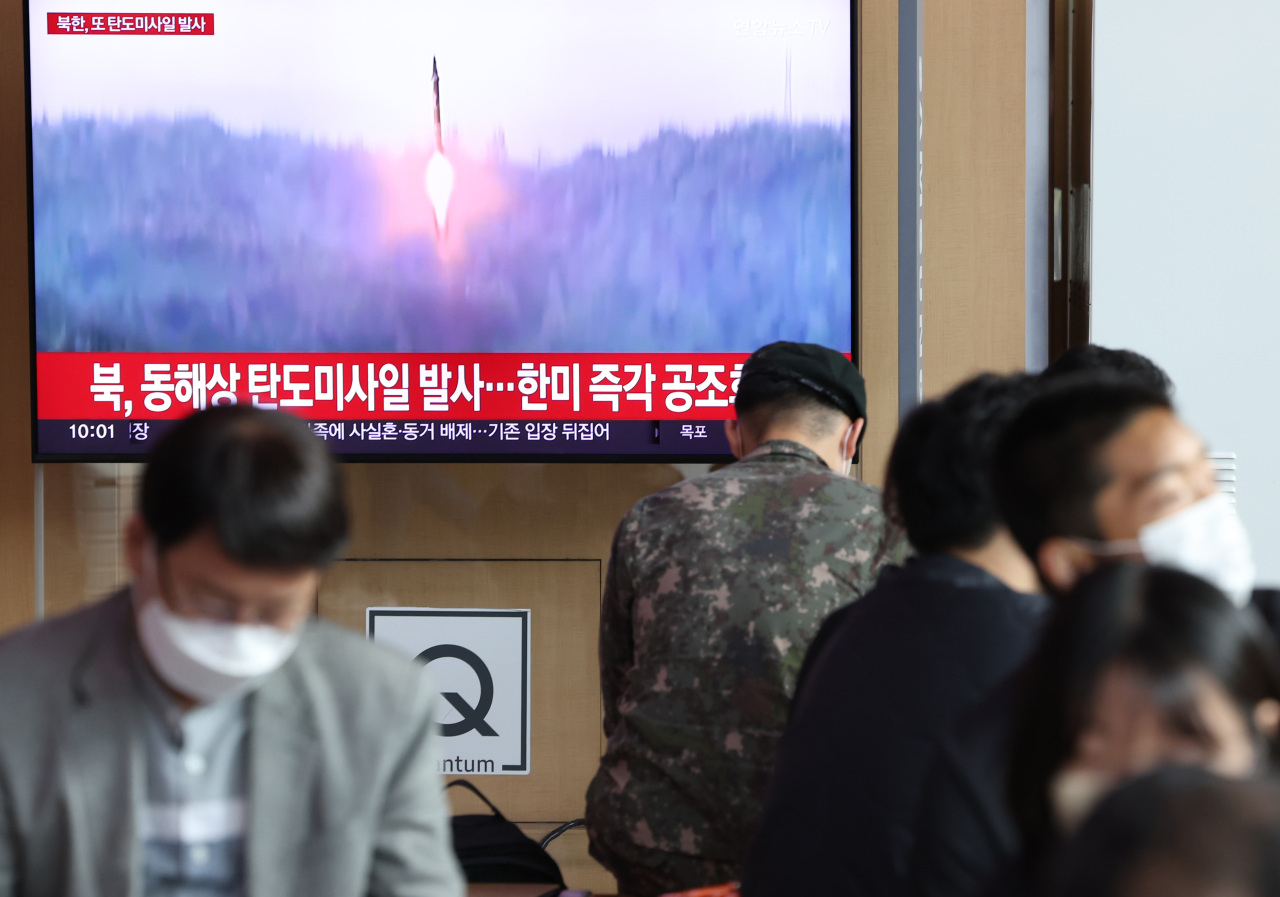 This file photo, taken on Sept. 25, shows a news report on a North Korean missile launch being aired on a TV screen at Seoul Station. (Yonhap)

The Joint Chiefs of Staff (JCS) said it detected the launch from Mupyong-ri in the northern province of Jagang at 7:23 a.m. and that the missile flew past Japan. It did not provide additional details.

The launch marks the fifth of its kind since late last month. Pyongyang last fired an IRBM in January. The Hwasong 12-type missile flew some 800 kilometers at a top altitude of 2,000 km.

The North launched one short-range ballistic missile (SRBM) on Sept. 25, then two last Wednesday, another two the following day and two on Saturday.

The latest saber-rattling came after Seoul and Washington wrapped up their naval exercise, involving the USS Ronald Reagan aircraft carrier, and a trilateral anti-submarine exercise with Japan last week.

The South, the US and Japan have been reinforcing bilateral and trilateral security coordination amid concerns the North could ratchet up tensions by conducting a nuclear test or other provocative acts. (Yonhap)