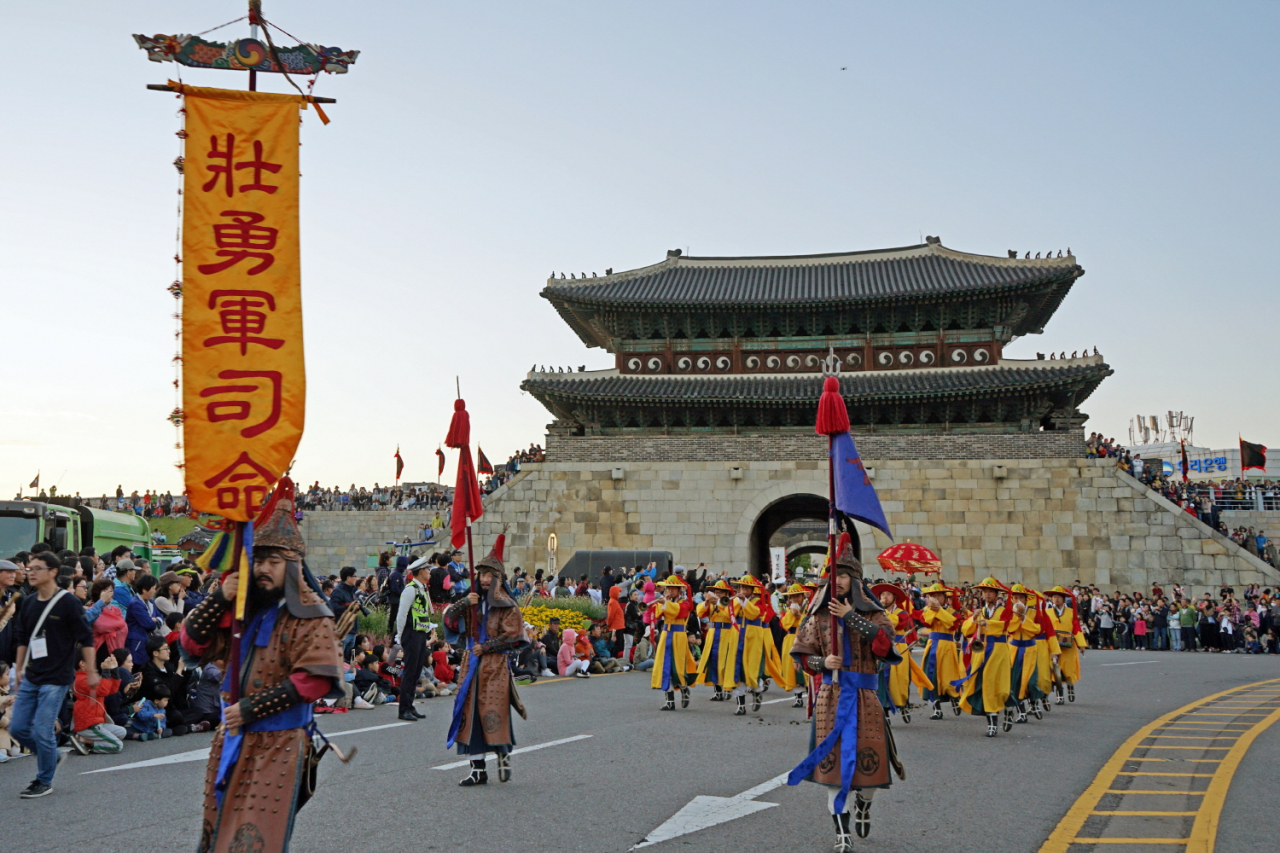 In 1795, King Jeongjo traveled from Changdeokgung in the capital to Suwon Hwaseong Fortress to visit his father’s grave, Yongneung, in Hwaseong. Accompanying King Jeongjo on the eight-day journey was his mother, Lady Hyegyeong, celebrating her 60th birthday.

Often cited as the expression of King Jeongjo's filial piety, the royal parade will be reenacted on Saturday and Saturday.

The parade will set off at 10 a.m. at Changdeokgung, located in Jongno-gu, and course through areas of Seoul on Saturday. The parade will then take place in Suwon City and Hwaseong City on Sunday. 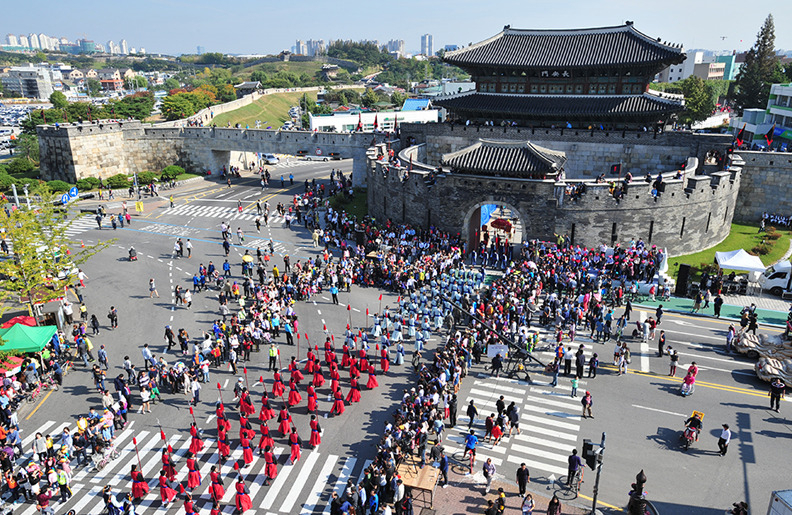 In the Seoul section of the parade on Saturday, a total of 200 people will lead 20 horses and march along the streets of Jongno-gu to Gwanghwamun Square. The parade will set again in Nodeul Island to Geumcheon-gu.

In particular, a scene crossing the Han River will be digitally reenacted featuring a “media boat-bridge” with LED technology. King Jeongjo’s party crossed the river in 1795 using a bridge created by connecting boats afloat the river -- a temporary bridge formed for the occasion. 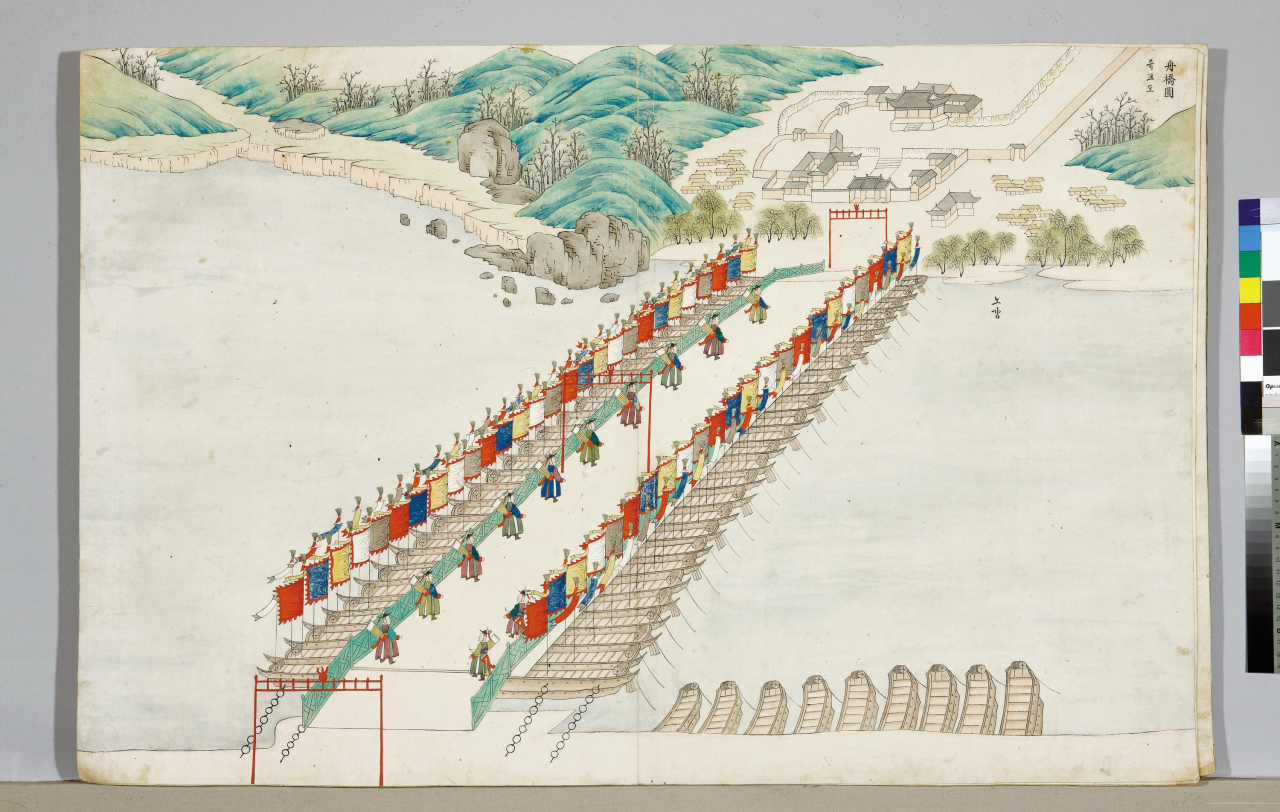 On Sunday, in Gyeonggi Province, a total of 2,500 people will march with 325 horses from Anyang to Yongneung, the Royal Tomb of Crown Prince Sado located in Hwaseong, passing through Gunpo, Uiwang and Suwon.

Various programs and performances will take place at each stopping point, reenacting the historic scenes from the royal parade including the people’s farewell ceremony for King Jeongjo, the king presenting snacks to his mother, and rituals to ward off evil spirits and to bid for a safe journey. 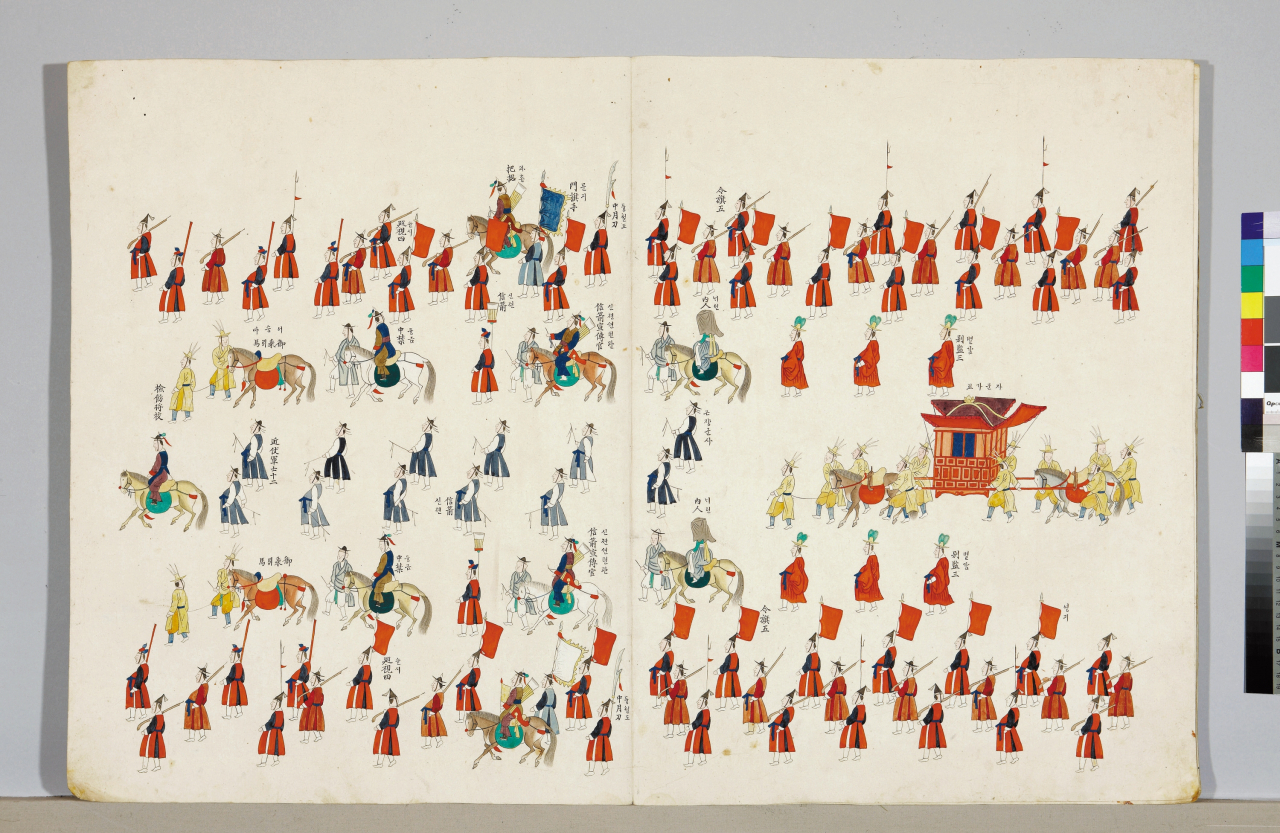 King Jeongjo, one of the most celebrated and beloved kings of the Joseon Dynasty, led the late Joseon Dynasty into a cultural golden era. Stories of King Jeongjo and his father the ill-fated Crown Prince Sado, his mother Lady Hyegyeong and his grandfather King Yeongjo have inspired numerous Korea dramas and films.

King Jeongjo’s royal parade in 1795, taken in the 20th year of his reign, was implemented as a large-scale national event to strengthen the power and authority of the king, and to listen to the voices of the people while inspecting Hwaseong Fortress which was under construction at the time, according to the Suwon Cultural Foundation. Hwaseong Fortress was designated as a World Heritage site by UNESCO in 1997. 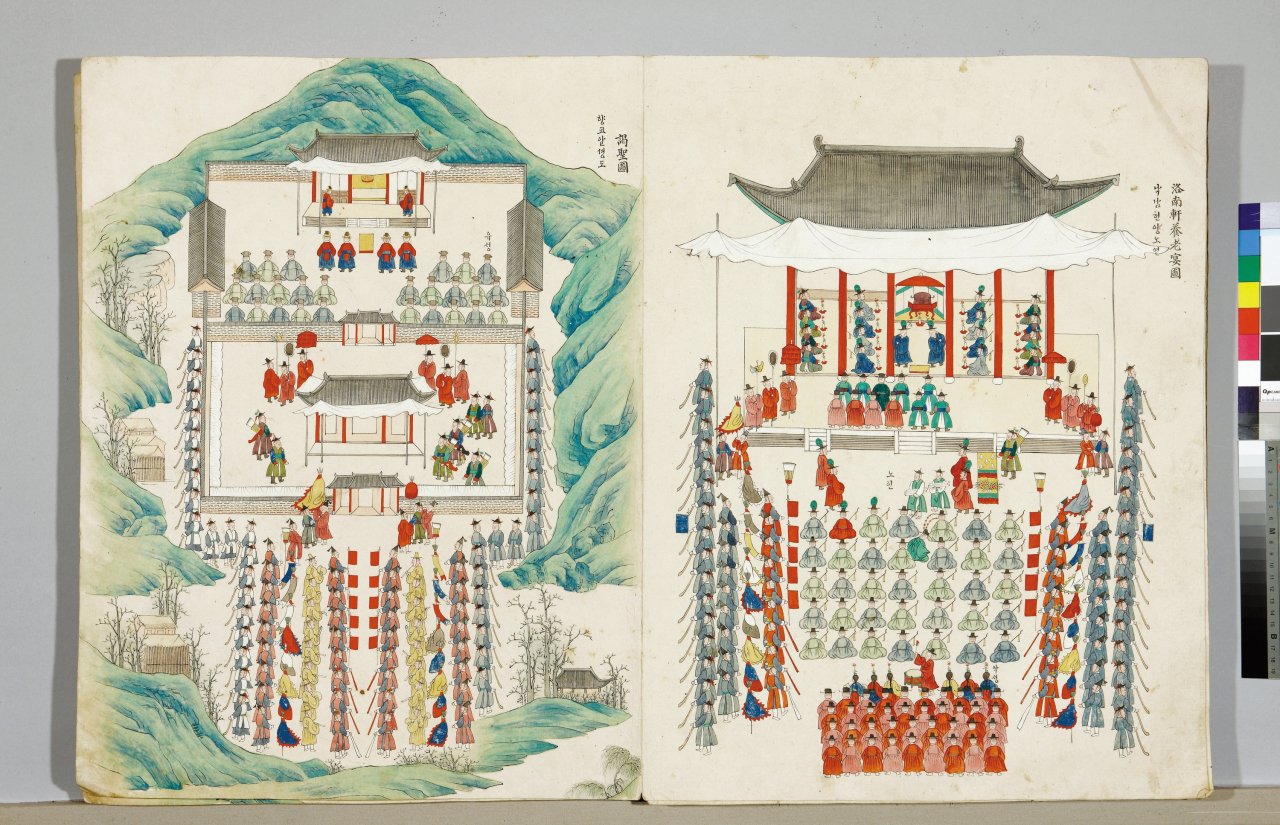 Some areas of downtown Seoul, Suwon and Hwaseong will be closed to traffic starting Friday through Sunday. Detailed information on road closures and detours can be found at the websites of Seoul Metropolitan Police Agency, the Seoul Traffic Information Center, Suwon City and the official website of the 2022 King Jeongjo's Royal Parade.

The festival is jointly organized by the Seoul Metropolitan Government, Suwon City, Hwaseong City and Gyeonggi Province, and hosted by Suwon Cultural Foundation.