The ever-increasing success and popularity of K-pop is highly visible these days, with big-name artists such as BTS and Blackpink sweeping global music charts and taking home well-recognized awards.

A seemingly never-ending stream of K-pop songs are released each week and make their way into the ears of fans worldwide, keeping them hooked and eager to hear what is next. Many of K-pop's biggest hits in recent years, including IU’s “Celebrity,” Oh My Girl’s “Dun Dun Dance,” Ive’s “Eleven” and “After Like,” and aespa’s “Girls,” come from the minds of producer Ryan Jhun and his songwriting team.

“There is an unbeatable formula for K-pop songs that can gratify various listeners. To interact with listeners through music, composers need to acknowledge that the key ingredients should be unchanged like mom’s heartfelt meal,” Ryan Jhun said in a recent interview with The Korea Herald at his agency Superbell Company’s headquarters in Mapo-gu, western Seoul.

Good music requires sensitivity, as well as proper proportion and balance, the hitmaker added. With the belief that K-pop is visible music, Jhun had to find a way to make creative music that captures the ears and hearts of listeners. He gets inspired by becoming a zealot of each artist to fully understand their characteristics in order to add uniqueness to their songs, he said. 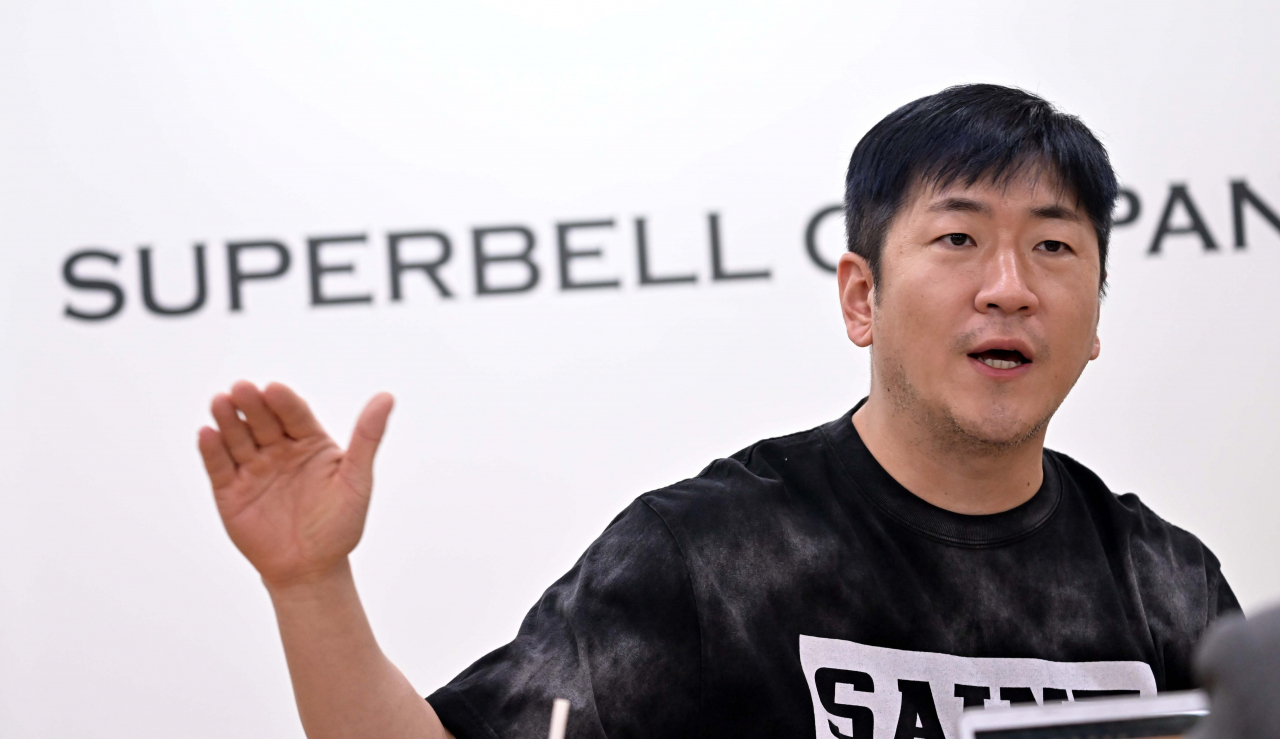 The 43-year-old is now considered a top-tier producer in the K-pop scene, but he had to face many hurdles in order to be in the spotlight, like he saw after the release of IU’s “Celebrity” last year, he said. The first K-pop track he is credited as a composer of is Lee Hyo-ri’s 2010 single “Chitty Chitty Bang Bang."

When Jhun was 15, he started to dream of becoming a singer-songwriter and then a composer. However, he had to give up on the dream after his family moved to New York in 1996. He was forced to face reality, but he still had unresolved feelings toward music.

“My eagerness for being a composer pressed emptiness to my heart and it was so painful. … I was an automobile salesperson, a club DJ and even an entrepreneur running a quite successful chicken business. I quit everything one day to officially begin a musical career. Instead of playing someone else’s music as a DJ, I wanted to make my own,” Jhun said.

He knocked on the doors of numerous music labels in the US but faced racial discrimination in return. In 2008, he flew to Korea with just 200,000 won ($140) to look for opportunities at K-pop agencies, but he was disregarded again. But SM Entertainment saw something in Jhun’s songwriting ability and he signed a contract to make songs for the agency’s artists, including TVXQ, Super Junior, Girls’ Generation, SHINee and EXO. 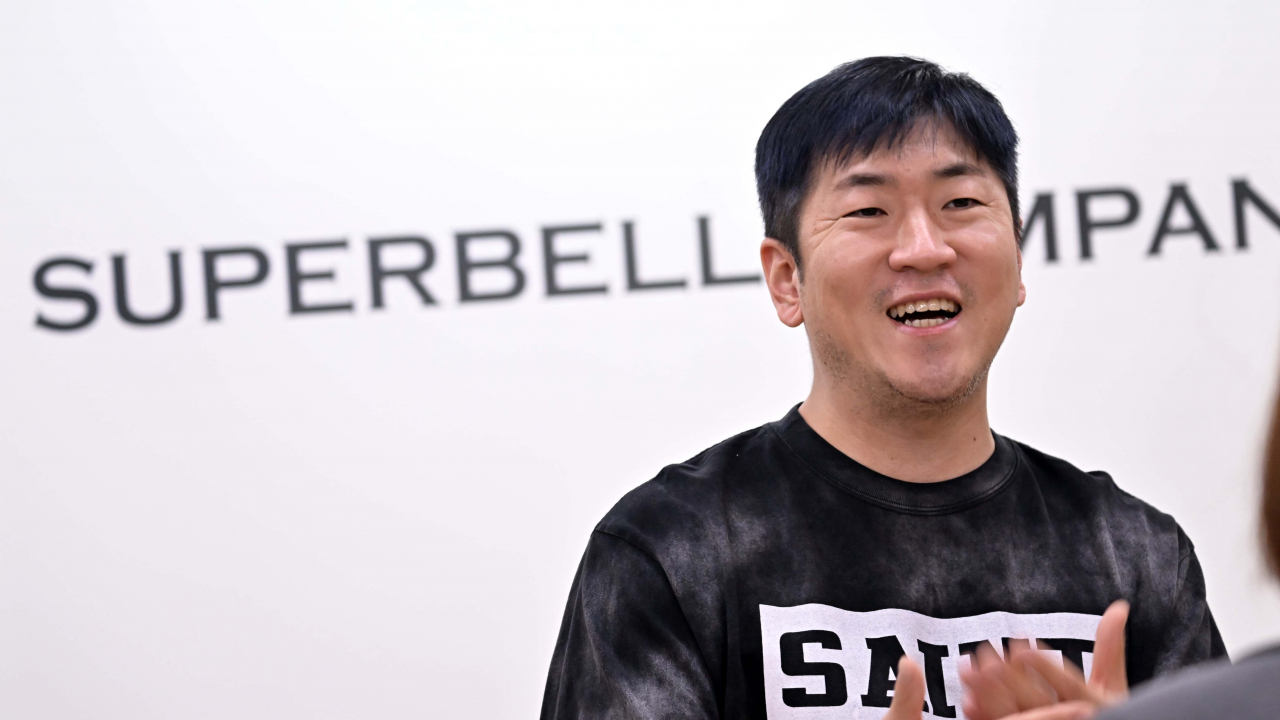 The producer said, “K-pop was not a global phenomenon at that time. I gnashed my teeth, aiming to capture global listeners with K-pop songs (as revenge.) Thanks to SM, which considers music to be the No. 1 priority. The company respected my music and I was able to let the world know how great K-pop songs are and I’m so proud to be part of the process.”

Jhun’s team is the biggest of its kind in the country, with over 700 songwriters working together to make K-pop songs. These talented K-pop songwriters from here and abroad were also able to gather through what are known as K-pop songwriting camps, a gathering of professional songwriters and producers where they create songs at the request of artists, groups and music labels.

These camps have fundamentally changed the way music sounds and the veteran producer is planning on holding a big one in November in Korea. He said, “Since I was blessed (in the past), I also want to give a helping hand to those who wish to become a hitmaker. … ‘Ryan Jhun Avengers’ will gather together soon to produce many masterpieces!” 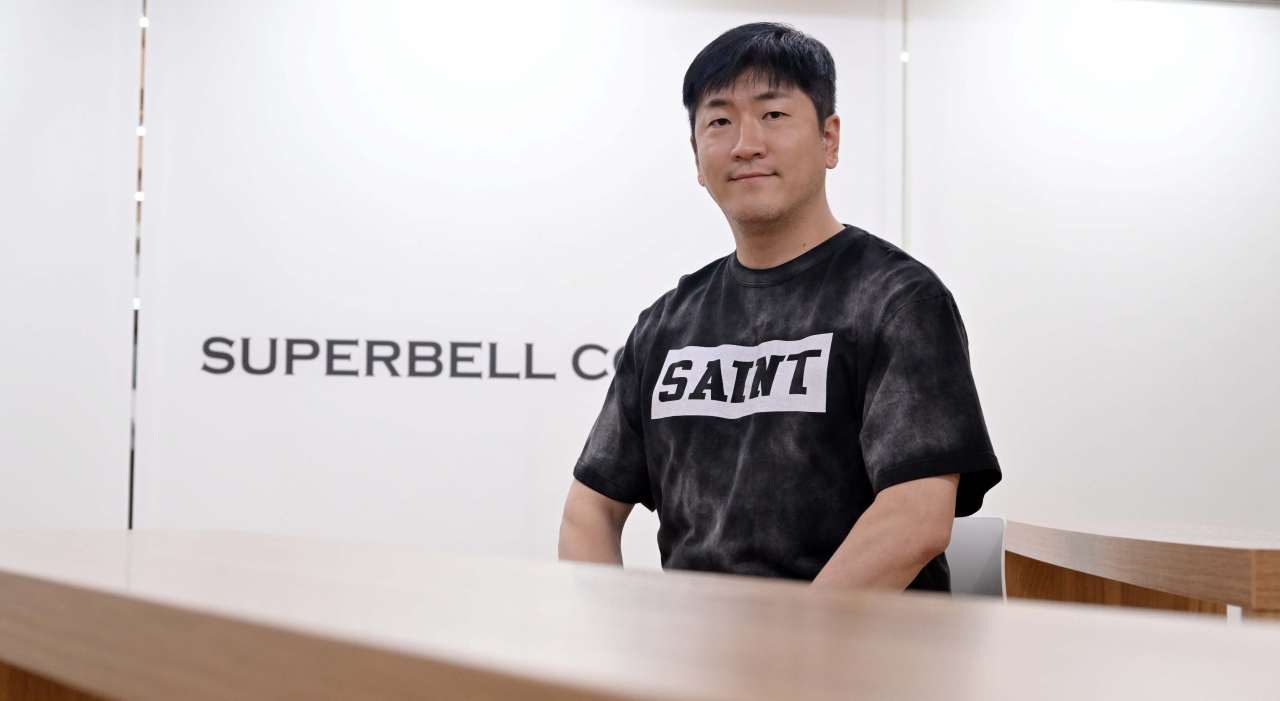 When asked about the reason behind the growing number of global producers and songwriters setting their feet in the local music scene, Jhun attributed the cause to the K-pop’s classical factors and its solid performance in the global music market.

“K-pop was able to strengthen its position because local artists still actively manufacture CDs when releasing new albums and the market is buoyed by a solid fandom culture. It was able to be loved by not only song makers but also listeners from out there too because of its charming vibe and more relatable topics such as love,” he said.

To further spread K-pop’s charm to a wide range of audiences, he chose to appear on KBS2’s K-pop producer battle program “Listen-Up.” Rather than showing a desire to declare the show’s winner, he was grateful for the opportunity to produce songs without his style being limited, as he is normally asked to create songs that suit K-pop agencies’ tastes.

While many titles could be used to describe Jhun -- from songwriter and producer to artists and repertoire representative and K-pop idol maker -- the chart-topping song maker is still thirsty for reaching another milestone. “My ultimate goal is to hoist K-pop to be the No. 1 music genre in the world. I want to be a stepping-stone to its path and obtain the title of ‘living legend.'”