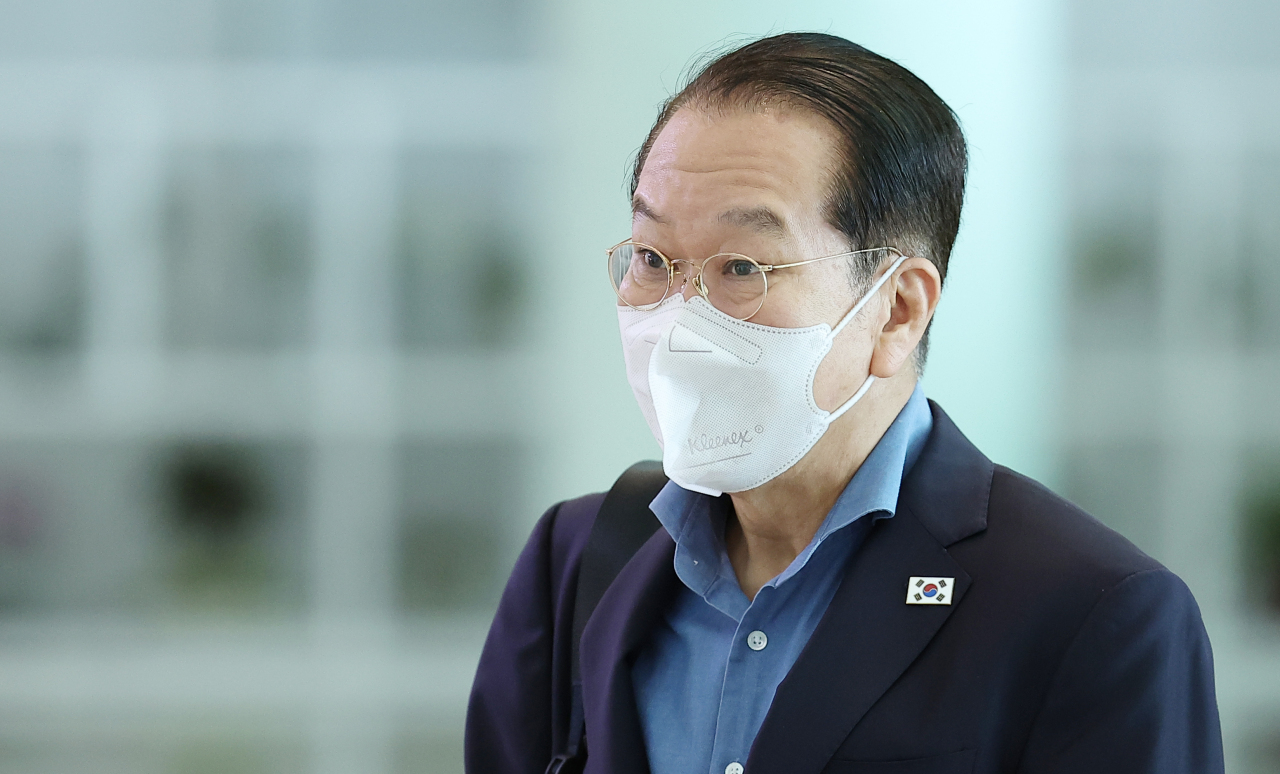 Unification Minister Kwon Young-se made the remark to Yonhap News Agency at Incheon International Airport ahead of his departure for Germany for a four-day trip aimed at seeking support for Seoul's peace and denuclearization efforts while joining the celebration for the 32nd anniversary of Germany's unification.

Addressing North Korea's missile launches over the past week, Kwon said, "They may be trying to take charge in the inter-Korean situation and develop their weapons at the same time."

"Their main intention seems to be to tame the new government in South Korea," Kwon said. "And since the North Korean issue has taken a backseat in the United States due to domestic political situations, the North may also want to grab attention from Washington.

"Regardless of their intention, provocations are never ideal for the peace on the Korean Peninsula," Kwon continued. "Our government will mount an even stronger response."

As for the specific nature of South Korea's response, Kwon said "many options" are on table, including working with the United Nations or imposing sanctions with South Korea's allies.

"I hope North Korea will recognize quickly that for the sake of peace on the Korean Peninsula, they need to resolve the issue of denuclearization through dialogue with us," Kwon added.

Kwon's trip to Germany coincides with President Yoon Suk-yeol's attempt to rally international support for his "audacious initiative," designed to help Pyongyang improve its economy in return for denuclearization steps. North Korea has rejected that idea in a statement by Kim Yo-jong, the powerful sister of the country's leader, Kim Jong-un. (Yonhap)