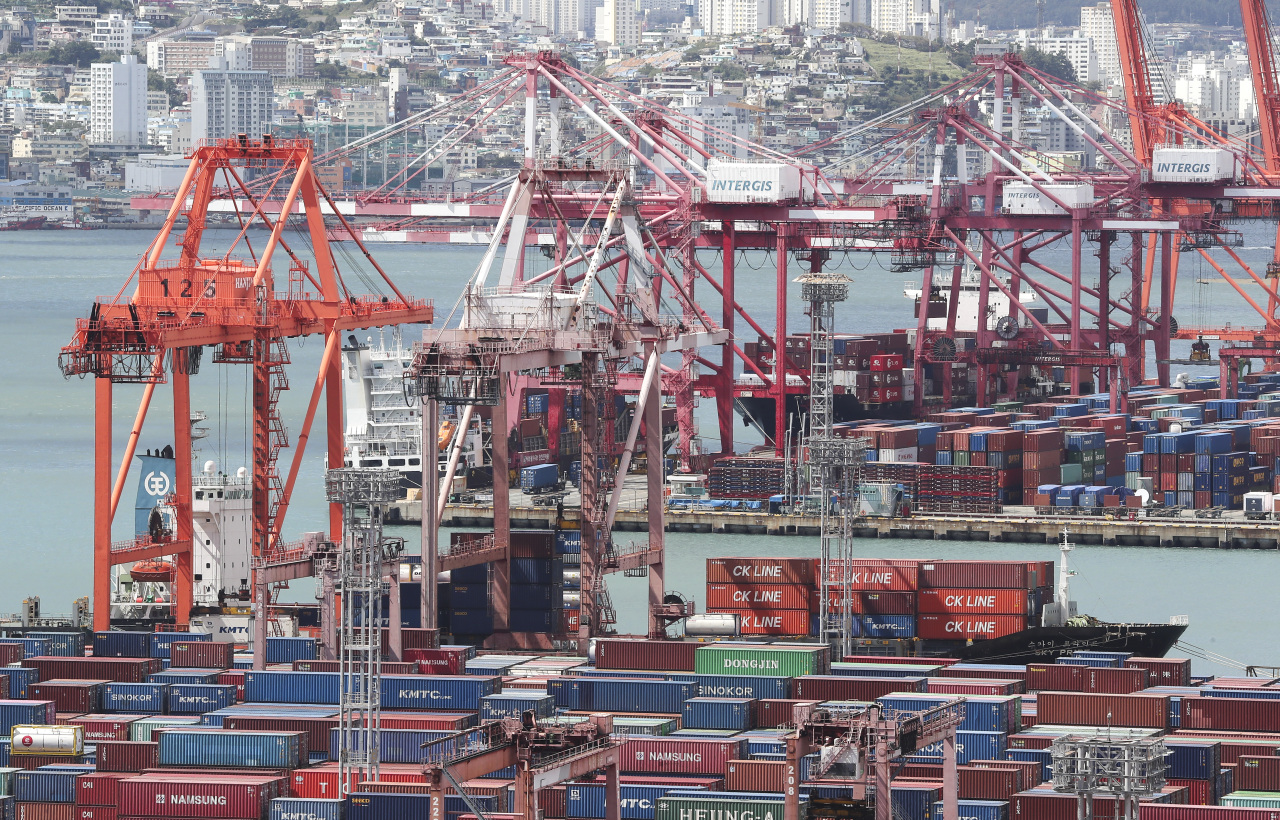 This file photo taken Sept. 21, 2022, shows stacks of containers at a port in South Korea's southeastern city of Busan. (Yonhap)
South Korea is expected to post a record high trade deficit of nearly $50 billion this year due to high global energy costs, a report by a private think tank showed Sunday.

The country's trade deficit is likely to reach around $48 billion for this year, the largest-ever shortfall since related trade data was compiled in 1964, according to the report by the Korea Economic Research Institute (KERI).

The estimated deficit would more than double the $20.6 billion in trade deficit logged in 1996, right before the nation was hit by the 1997-98 Asian financial crisis.

South Korea logged a trade deficit for the sixth straight month in September as exports growth eased amid a global slowdown and import bills shot up due to high fuel costs. The nation posted a trade deficit of $3.77 billion last month.

KERI, the research arm of the country's conglomerate lobby Federation of Korean Industries, estimated that the country's trade deficit would reach $37.5 billion in the second half and further rise to $48 billion for the whole year.

The local currency's sharp weakness against the U.S. dollar also pushed up import prices. The won has slid around 17 percent against the greenback so far this year amid the Federal Reserve's aggressive monetary tightening.

A weaker won usually makes a country's exports cheaper, boosting its price competitiveness. But the won's recent depreciation came along with sharp declines in other major currencies of its competitors as the dollar maintained its strength. (Yonhap)