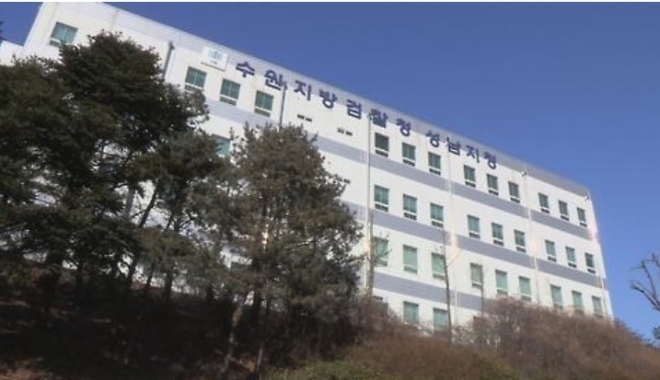 The case centers on allegations that the city government of Seongnam, just south of Seoul, had attracted about 16 billion won (US$11.14 million) in donations from six corporations, including Doosan Engineering, to its pro-football club in return for business favors between 2016 and 2018.

Lee, chairman of the main opposition Democratic Party (DP), was the city's mayor and owner of its football club, Seongnam FC, at that time.

The Seongnam branch of the Suwon District Prosecutors Office said it indicted a former CEO of the construction company for offering bribes. A Seongnam city official was charged with third-party bribery. They were not detained.

Doosan Engineering reportedly donated a total of 5.5 billion won to the K-League 1 club in the name of advertising expenses.

The city government changed the usage purpose for a 9,900-square-meter section of land owned by Doosan Engineering in the city's Bundang district from a hospital to commerce, allegedly in return for its donation. Thanks to the zoning change, Doosan is said to have made huge profits.

On Sept. 13, police transferred the case to the prosecution with an opinion of indictment of Lee and the two people on bribery charges.

The probe began in 2018 after the now-defunct Bareunmirae Party filed a complaint against Lee, claiming he pressured large companies based in the city to make donations to the football club in return for business favors.

Police initially dropped the case in September 2021 citing insufficient evidence. But the accuser raised an objection and the prosecution ordered reinvestigation. (Yonhap)