BEIJING, Sept. 30, 2022 /PRNewswire/ -- Confucius is considered one of history's most influential philosophers. Over the past two millennia, his wisdom has been flowing for generations and kept influencing people around the world. 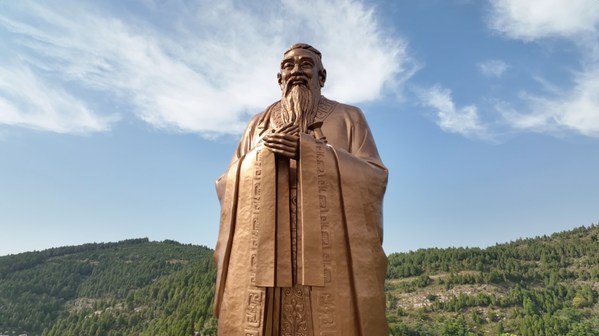 Emerging 2,500 years ago, Confucian ideas of exchange and dialogue, tolerance and mutual learning have played an active role in the inheritance of Chinese civilization and provided inspiration for exchanges and cooperation between different civilizations.

According to records, Confucius's works were translated into various European languages in the 16th century and shaped many thinkers in Europe then and afterward.

For German philosopher David Bartosch, Confucianism sticks out among other philosophies of various civilizations. "His impact has been so immense, not just in China, also Japan and Korea but even on the international level," he said.

Bartosch said the genius of Confucius is that he provided "intellectual seeds, which have to be unfolded by everyone who studies his works," unlike his theoretical peers who often developed "fixed theories."

"He (Confucious) wanted you to unfold these thoughts in your own way, in your own life and come to your own conclusions," added Bartosch.

He said despite the ups and downs in its long history, Confucian law always reemerged and provided the foundation to fuse and absorb other elements which had found a way into Chinese civilization.

"It (Confucianism) is like a growing tree; there are roots to the very ancient past, but the tree is still growing," he said.

Confucian wisdom allowed for economic development in the countries and regions that adopted it, and some Confucian ideas have a worldly approach, such as ideas about future generations and education, said Daniel Bell, dean of the School of Political Science and Public Administration at Shandong University.

"All these are highly conducive to modernization," he said.

"A gentleman seeks harmony, not uniformity" is a famous quotation from Confucius. This is a good example that shows that Confucianism is not the way that many Western commentators would have understood it, Benjamin Cole from the Department of Philosophy and Social Development, Huaqiao University, said.

The quotation stresses respect for differences of individuals, rather than encouraging identical views and following the same views, he explained.

In modern times, it resonates with ideas about openness in society, tolerance and accepting different work, cultures and backgrounds in the same society, he said.