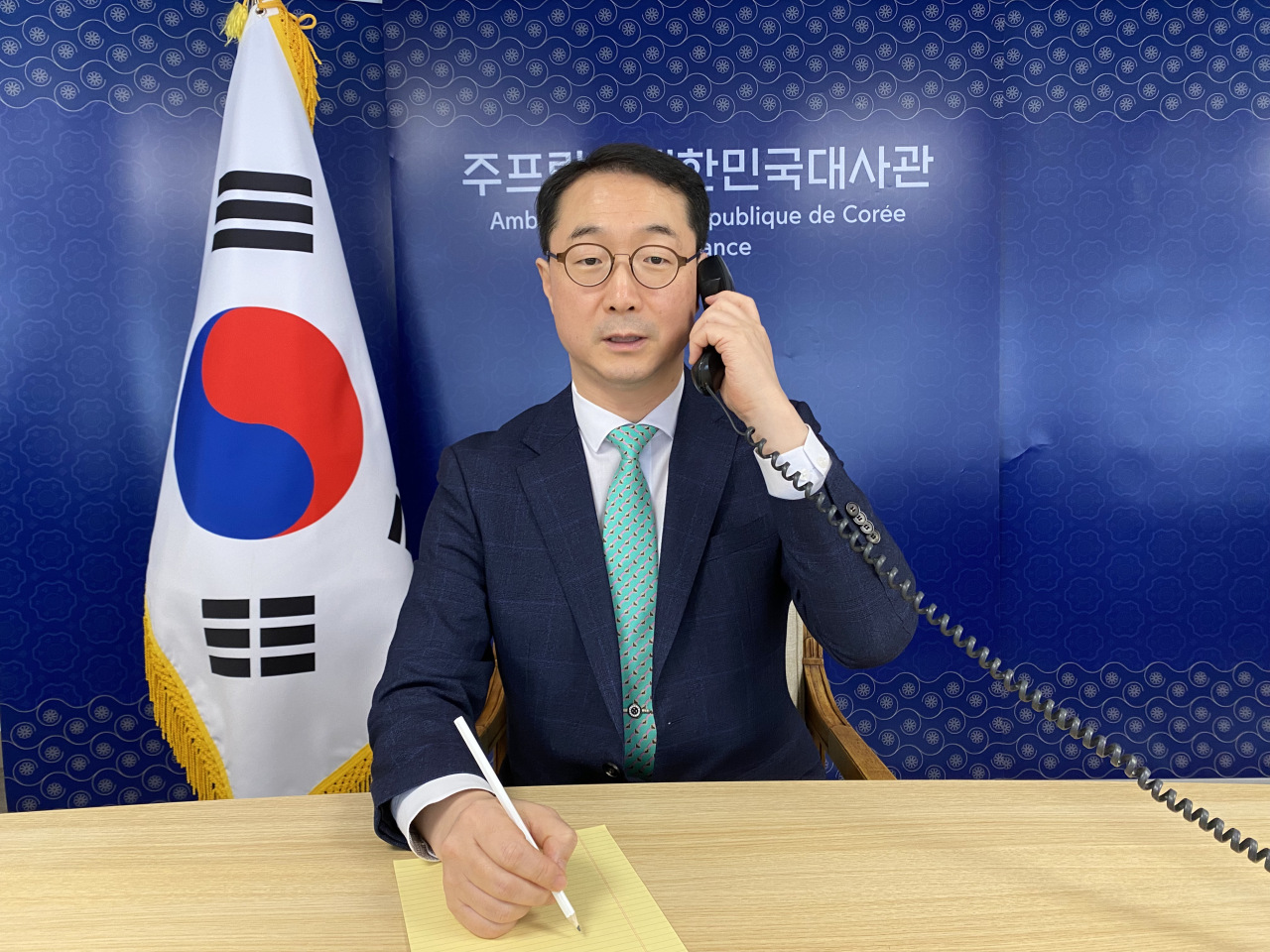 North Korea fired two short-range ballistic missiles from the western inland town of Sunchon in South Pyongan Province toward the East Sea on Thursday, marking the third launch in less than a week.

Immediately after the launches from 8:48 p.m. to 8:57 p.m., Kim Gunn, Seoul's special representative for Korean Peninsula peace and security affairs held a phone call with Washington’s special representative for North Korea, Sung Kim, on Thursday to denounce Pyongyang’s launch of ballistic missiles, according to Seoul’s Ministry of Foreign Affairs.

In a separate call, Kim also spoke with Takehiro Funakoshi, director general for Asian and Oceanian affairs at Japan’s Foreign Ministry, to share their concerns and agree on united efforts to handle the North Korean threats.

“In the separate bilateral phone talks with the US and Japan, the respective sides exchanged their serious concerns over North Korea’s launch of short-range missiles (on Thursday) only after its launch on Wednesday,” the ministry said.

“(The envoys) strongly condemned North Korea for continuing its provocative acts which clearly violate the United Nations Security Council resolutions and raising threats against the Korean Peninsula and the international society.”

Their exchanges on Thursday came consecutively as they had just held phone calls the day before, after North Korea fired two short-range ballistic missiles.

In apparent protest against the ongoing large-scale combined military exercises in the East Sea by Seoul, Washington and Tokyo, Pyongyang has carried out consecutive missile launches over the past week.

Thursday’s launch appears to show Pyongyang’s protest against the anti-submarine warfare exercise that South Korea, the US and Japan are carrying out on Friday. The three countries are conducting the trilateral drills in the international waters of the East Sea for first time in five years.

Following the North’s missile launches on Thursday, the US also issued a statement to reaffirm its “ironclad” commitment to the defense of South Korea and Japan.

"We are aware of the two ballistic missile launches and are consulting closely with our allies and partners," US Indo-Pacific Command said in a statement.

"While we have assessed that this event does not pose an immediate threat to US personnel or territory, or to our allies, the missile launch highlights the destabilizing impact of the DPRK's unlawful WMD and ballistic missile programs," it added, referring to North Korea by its official name, the Democratic People's Republic of Korea.

Kim Gunn made the phone calls from France, as he is traveling in Europe to meet with officials of the European Union and North Atlantic Treaty Organization to discuss pending issues on the Korean Peninsula and North Korean provocations.