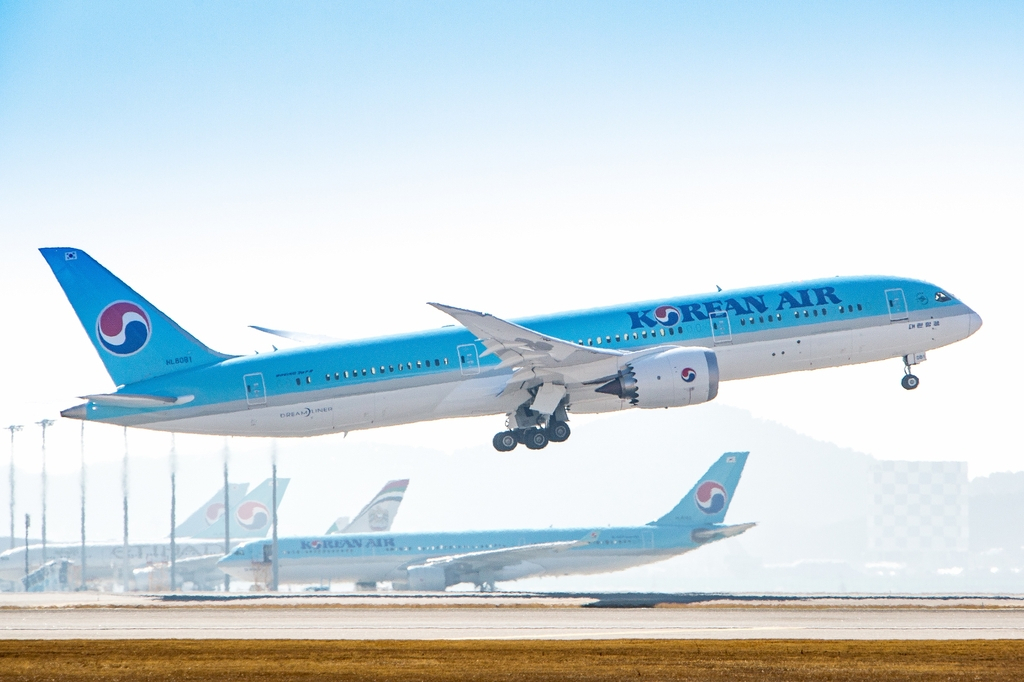 This undated file photo provided by Korean Air shows a B787-9 jet taking off from a local airport. (Korean Air)

SAF has emerged as a key carbon reduction tool in the aviation industry to cope with global climate change as it may reduce carbon emissions by up to 80 percent compared with fossil-derived jet fuel.

Korean Air said it will receive SAF from Shell at major airports in the Asia-Pacific and Middle East regions, and will continue to explore partnerships with other global oil firms to secure SAF for Europe and the United States.