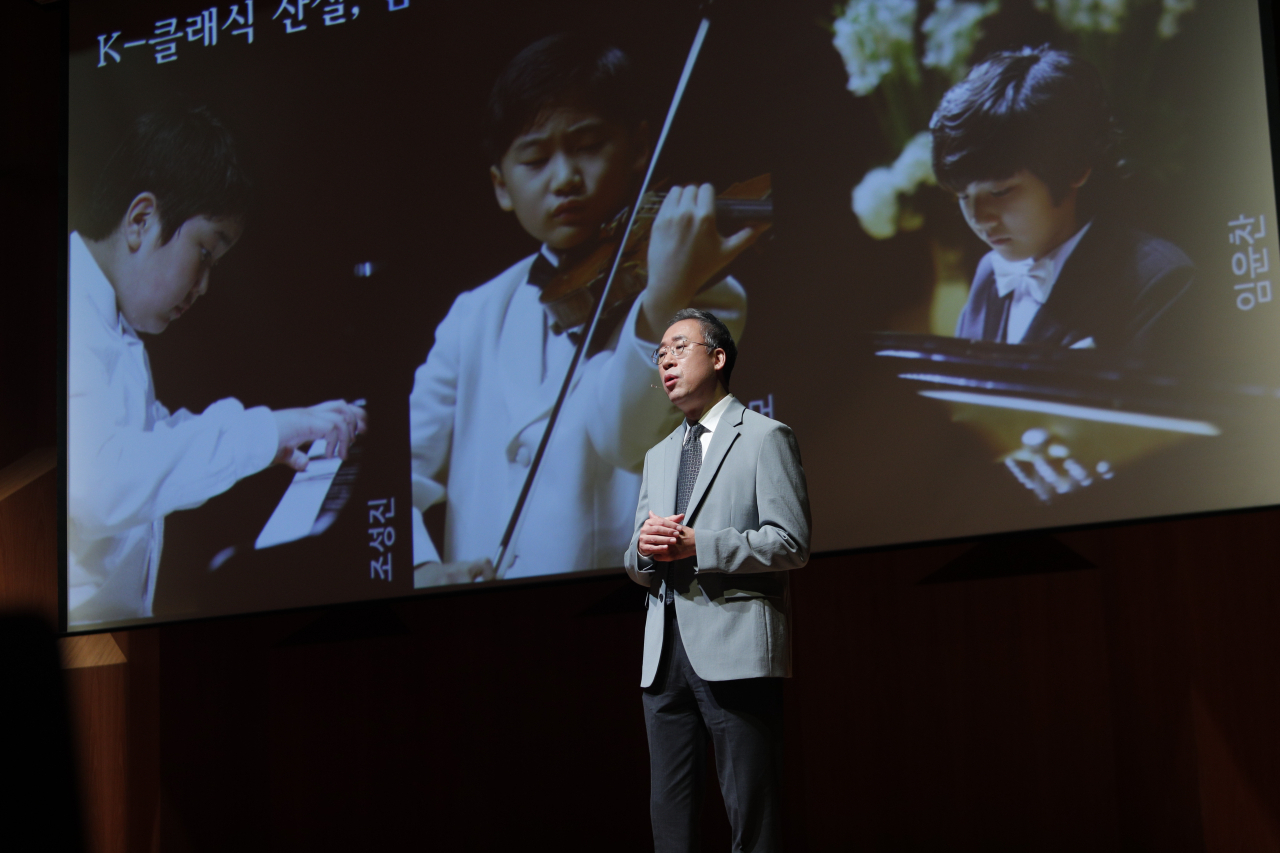 The new president of the Seoul Arts Center on Thursday unveiled plans to focus on “pure art," such as opera and ballet, as the organization seeks to return to its original goals.

Chang Hyoung-joon, who was appointed in June as the 17th president of South Korea’s top art complex by the Ministry of Culture, Sports and Tourism, said, "The Opera Theater, which was built as an opera and ballet theater, will regain its original position by presenting pure art works centered on opera and ballet content rather than long-term rental."

"We will accommodate performances of various genres at CJ Towol Theater and Jayu Theater," he added.

As part of reinforcing the original role of Opera Theater, which has been frequently used for big musical productions, the SAC unveiled opera programs to take place over the next three years.

“The SAC Opera Gala scheduled for October will be a performance that will offer a new vision of the Seoul Arts Center,” noted Chang, a pianist and former Seoul National University professor.

The SAC Opera Gala, which will run from Oct. 21-23, will offer three different nights of performances -- opening night, Mozart opera highlights and a special gala.

In 2023, the SAC will introduce Bellini's two-act “Norma” to commemorate its 35th anniversary.

In 2024, the SAC will invite opera singer Lee Yong-hoon, who has performed at many of the most prestigious theaters in the world, including the Royal Opera House and Vienna State Opera, for Verdi’s “Otello,” which will mark the tenor’s opera debut in Korea.

In 2025, the SAC will unveil its own original opera, which Chang hopes will eventually be performed at various theaters around the world.

Chang, who will lead the SAC until June 2025, also unveiled two other new goals under his leadership.

"We will also focus on supporting the growth of the future generation that will lead the K-classics, and at the same time, we will try to build a platform for the audience to enjoy culture and art more conveniently," Chang said.

Chang added that the SAC will expand education programs for talented children to support the future generation who will lead the local industry, as well as prop up the production of video content as part of its long-term plan.

Born in 1962, Chang received his bachelor’s, master’s and doctoral degrees from the Manhattan School of Music. He has been teaching piano at Seoul National University since 1995.

The Seoul Arts Center was founded in 1988 with a mission to “develop and promote art and culture, and to expand people’s opportunities for cultural enjoyment.”

Located in southern Seoul, the center, with seven performance halls, two art galleries and one museum, has attracted more than 55 million visitors since its opening.