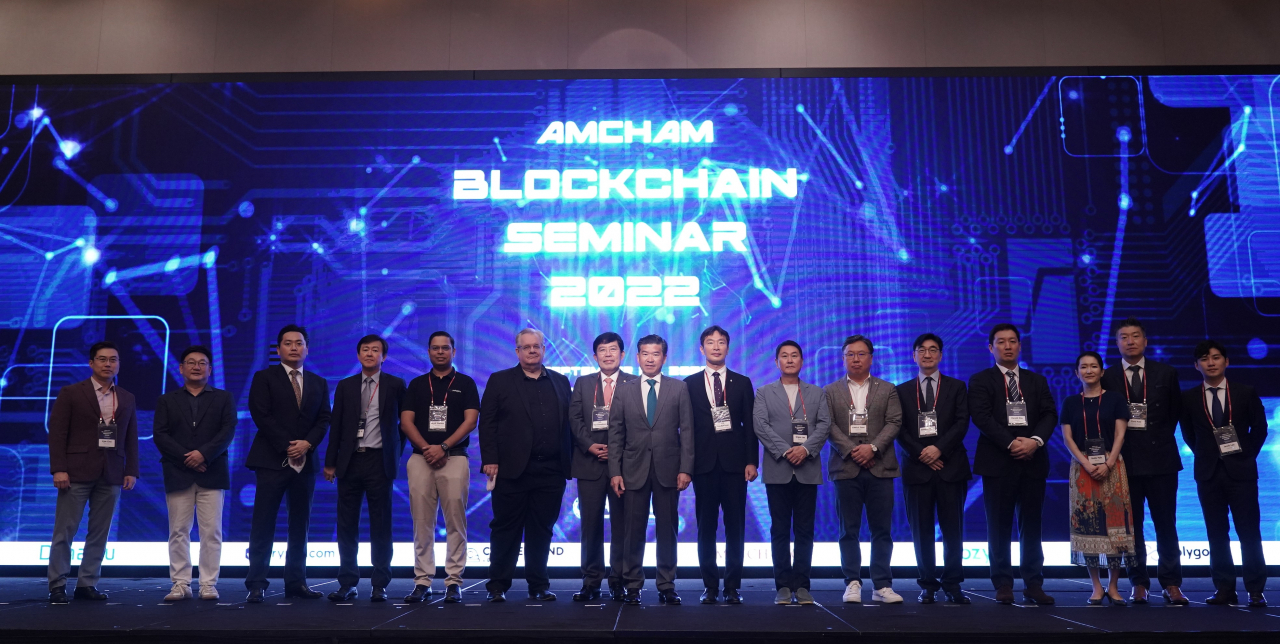 Business leaders and experts called for a more balanced approach to regulating the blockchain industry more effectively during a seminar hosted by the American Chamber of Commerce in Korea in Seoul on Thursday.

Dunamu CEO Lee Sir-goo criticized the Korean government for putting too much regulatory focus on cryptocurrency assets and their trading even though they are just the “tip of an iceberg.”

AmCham Korea Chairman and CEO James Kim urged the Korean government to take an active role in making a safe and profitable environment for the blockchain industry, which is currently facing a crisis of confidence.

“This is a crucial moment for Korea to decide how it will handle blockchain and what role it will play in the global digital asset market. In this context, it is critically important to create a sustainable regulatory environment where all of us can thrive long term and find a balance between promotion and regulation,” Kim said.

Yi Jong-goo, a senior attorney at law firm Kim & Chang, suggested setting up an independent agency that can coordinate the industry’s regulatory framework.

It was the first time that AmCham has held a seminar on blockchain and related technology trends such as crypto assets and non-fungible tokens.