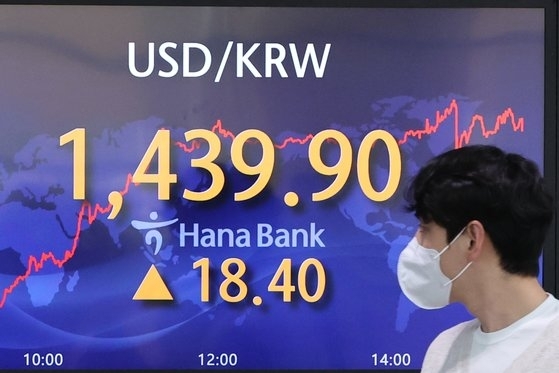 The won-dollar exchange rate on Toss Securities’ mobile trading system was frozen at 1,298 won per US dollar from 1:50 p.m. to 2:15 p.m. on Wednesday, when the actual rate hovered around 1,440 won.

SC Bank Korea, the London-based financial giant’s Korean unit, which provides the currency exchange trading system for Toss, said that “an error occurred while the program was upgrading.”

“We will compensate our customers who sold their dollars during the 25-minute period,” a Toss Securities official told The Korea Herald on condition of anonymity, referring to the period when the error occurred.

“We are still gauging the extent of the damages they suffered. We are discussing the matter with SC Bank Korea.”

Toss Securities added that it has no plan to retrieve any earnings customers made through the erroneous exchange rate.

An SC Bank Korea spokesperson said that damage control was underway and stressed that the Toss system was the only one frozen.

“The bank’s forex system saw neither delay nor error,” said the official, who also wished to be unnamed. “We are cooperating with Toss Securities to resolve the issue.”

The incident comes as South Korea has been struggling with the sharply weakening value of its local currency, weighed down by risks stemming from the US Federal Reserve’s aggressive rate hikes.