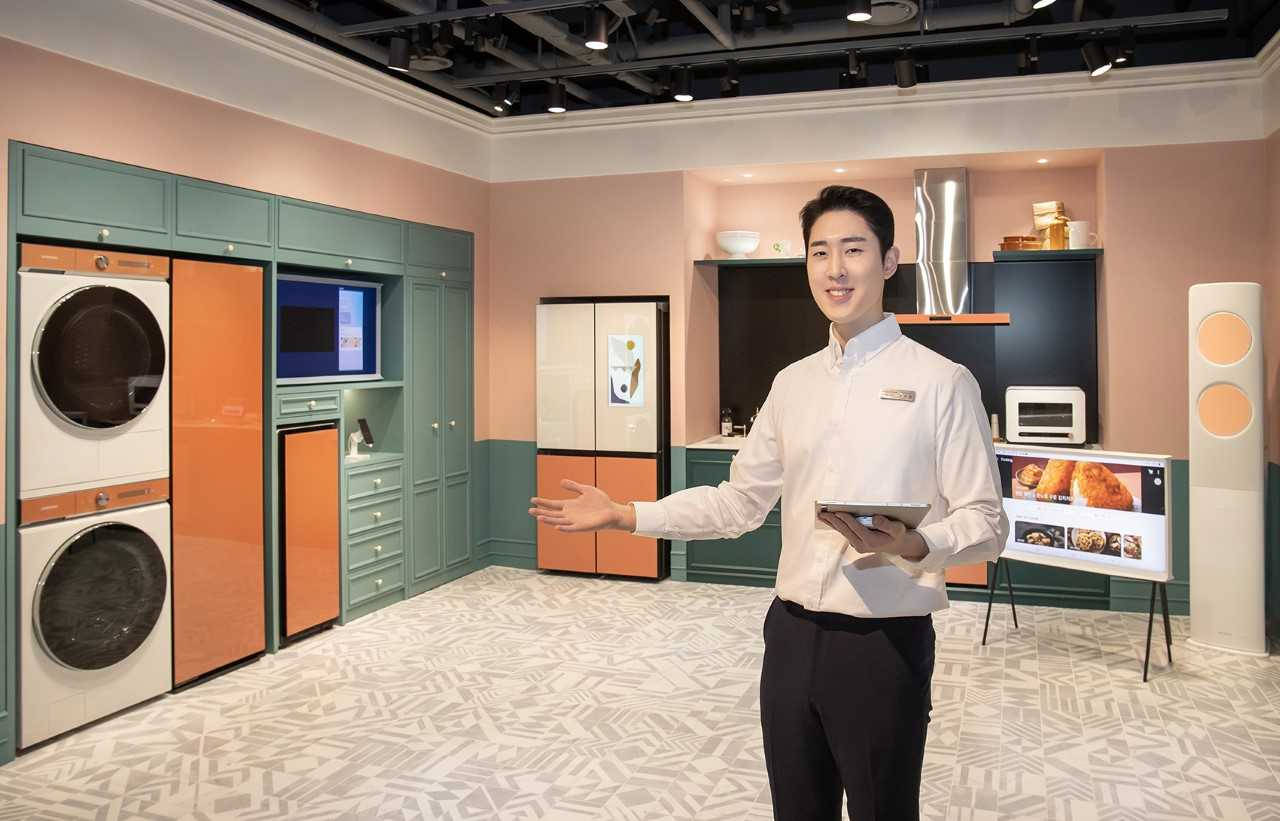 Samsung Electronics’ smart home platform SmartThings has hit the 10 million mark in connecting devices and home appliances around the world as of Sept. 12, the South Korean tech giant said Wednesday.

Launched in 2018, the app aims to connect small and larger appliances from refrigerators and washing machines to air purifier and dishwashers via smartphones. More recently, Samsung is increasingly teaming up with other brands to bolster connectivity.

The number of connected devices has doubled every year since 2019, and Samsung estimates the number could exceed 20 million units by the end of next year.

Samsung said the surge comes as more diversified features are being added to enhance the user experience.

Younger consumers, especially millennials and Generation Z who have become the main users of Samsung’s latest home appliances, are responding positively to added features like the pet care function for a robot vacuum cleaner and the barcode-based food scanning function that offers cooking information for home meal replacements.

Amid soaring energy bills and growing calls for sustainable growth, its electricity consumption monitoring function is also gaining popularity, with the monthly user number doubling during the summer season.

Samsung said it aims to connect more devices with the SmartThings platform, and ultimately even devices from industry rivals. Currently, a total of 13 brands including GE, Haier, Electrolux and LG Electronics have joined a Samsung-led smart home initiative called the Home Connectivity Alliance.

At the IFA trade show held in Berlin earlier this month, Samsung Electronics CEO Han Jong-hee said this year will mark the beginning of mass adoption of SmartThings, saying that the number of users will surge to 5 billion over the next five years from the current 2.3 billion.