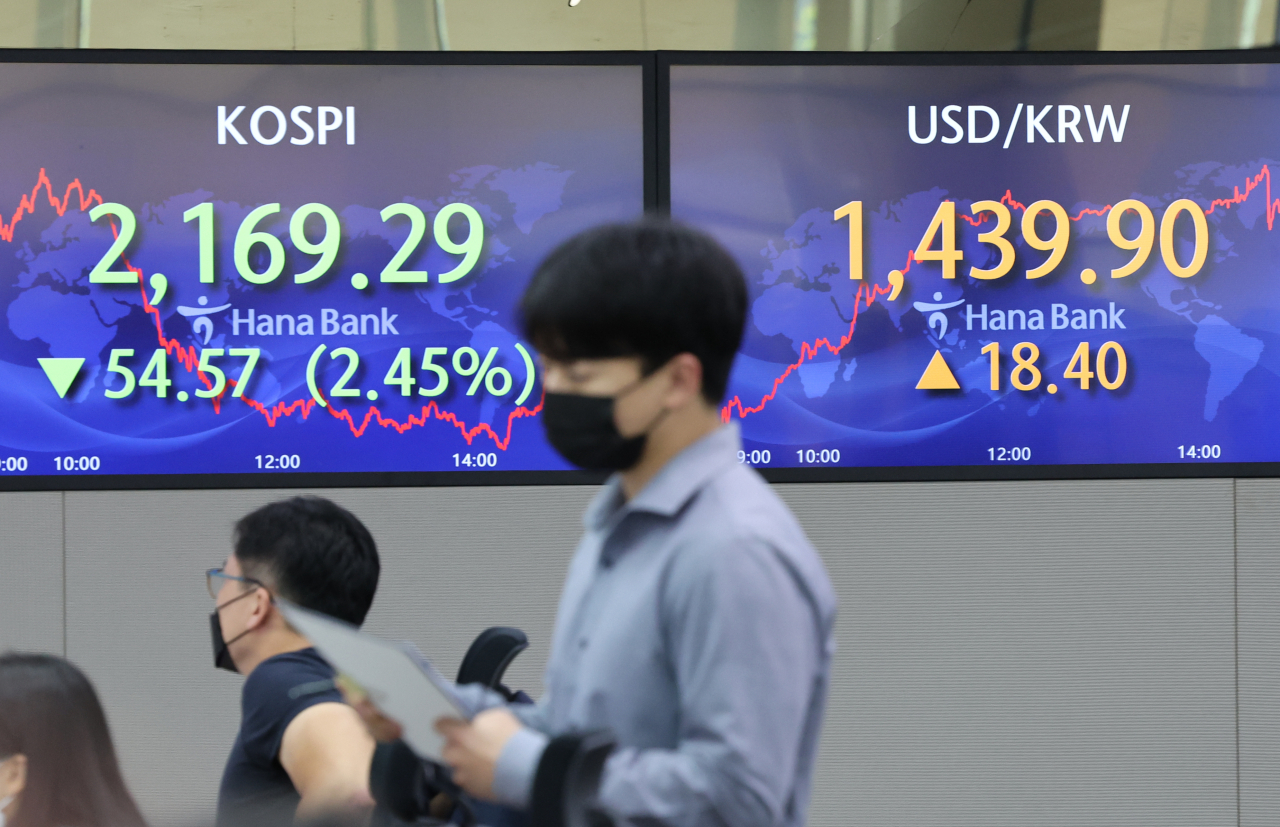 Seoul stocks dropped to the lowest level in more than two years and the Korean won tumbled to a 13-year low Wednesday on deepening concerns over a global recession in the wake of aggressive monetary tightening in major economies.

The KOSPI dived more than 3 percent on Monday before inching up 0.13 percent the following session.

The stock market opened lower, tracking an overnight fall on Wall Street, and extended losses further, as investor sentiment was dampened by fears that the global economy would fall into a recession over aggressive rate hikes by the Federal Reserve and other nations following suit.

Last week, the Fed raised its benchmark federal funds rate by 0.75 percentage point for a third consecutive time, and Chair Jerome Powell vowed not to flinch from fighting inflation.

"We cannot rule out the possibility of inflation surging further in line with how geopolitical issues unfold down the road, such as the war in Ukraine," former Bank of Korea chief Lee Ju-yeol told an investment conference in the day.

According to foreign media reports, Apple would drop a plan to boost production of its new smartphones after the expected growth in demand failed to materialize.

News about the large amount of gas leakage from the Nord Stream pipelines in an apparent sabotage also deepened concerns over energy and the overall economic circumstances in Europe.