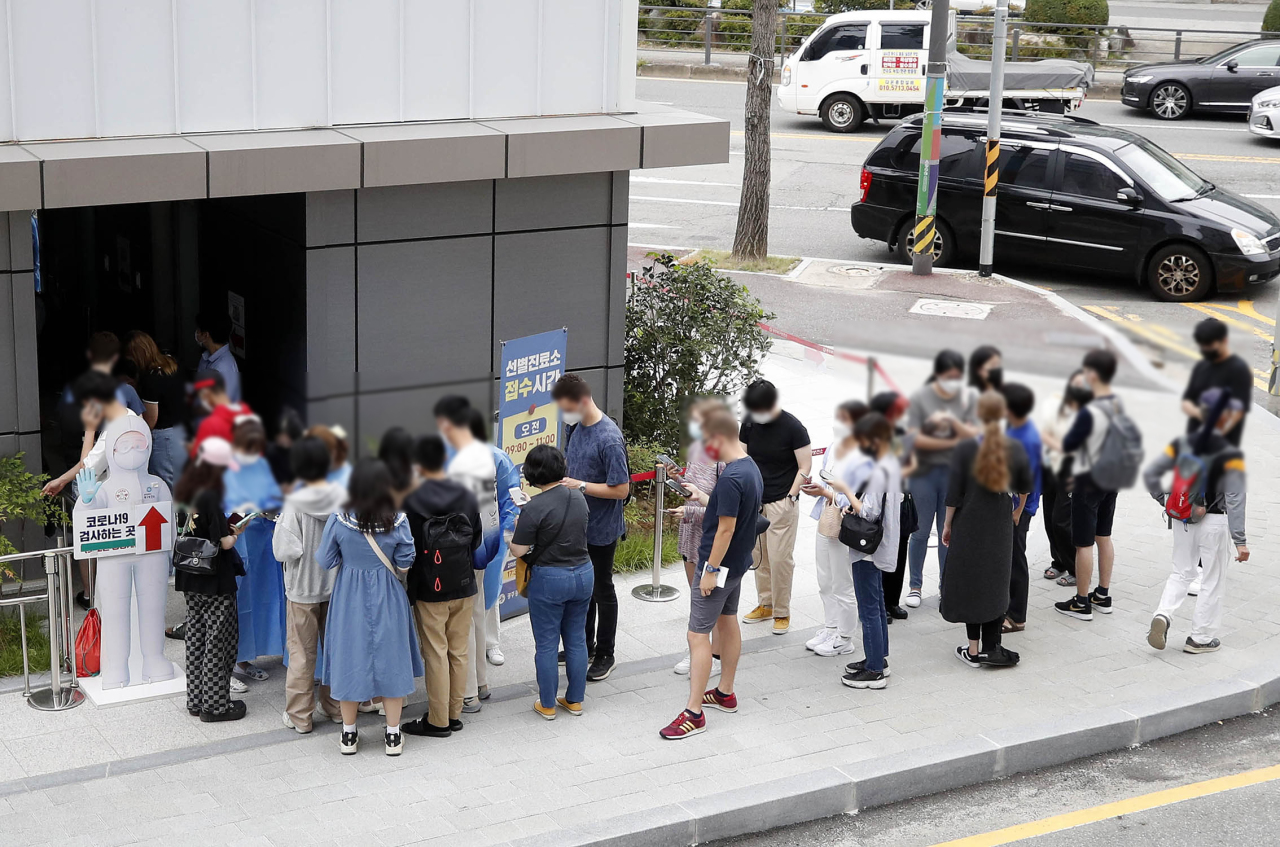 Foreign students wait in line to be tested of COVID-19 before being admitted to enter dormitories at a testing booth in Gwangju on Aug. 29. (Gwangju City Buk-gu)

About two-thirds of foreign students who dropped out of school have been staying in Korea without a valid visa, according to a report.

Among universities, Kyung Hee University saw the largest number of foreigners leaving school midway, marking 712, followed by 292 students from Sangmyung University, 244 from Sejong University and 238 from Yongin University. Incheon University topped the list among national universities with 151 students dropping out.

The increase could be in relation to the COVID-19 pandemic and limited flights.

With the virus crisis restricting overseas travel, the number of foreigners illegally staying in Korea has gone up overall.

According to the Korea Immigration Service, 395,068 foreigners were here without legal visa status as of July, which is 19 percent of the country’s total foreign population of over 2 million.

Some fail to leave Korea due to the strict penalty system.

Foreigners who have illegally stayed in Korea have to pay a fine when leaving the country which can go as high as 30 million won ($20,800). If they fail to pay the fine, reentry into Korea is limited for one to 10 years.