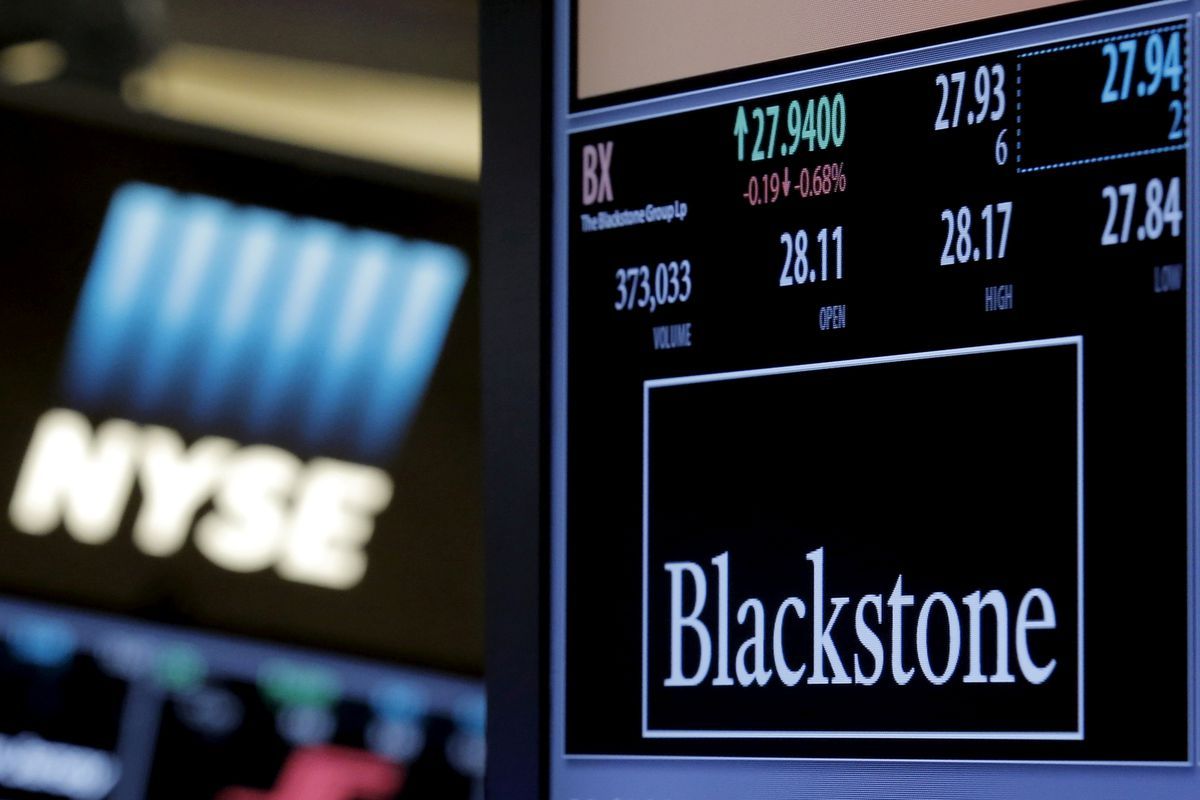 The ticker and trading information for Blackstone Group is displayed at the post where it is traded on the floor of the New York Stock Exchange (NYSE) April 4, 2016. (Reuters)
Samsung Group’s insurance units signed a deal worth $650 million with US-based private equity firm Blackstone to expand its global alternative asset portfolio, the Korean insurers said Wednesday.

The value of assets under management in the global alternatives industry is expected to nearly double over the next five years, S＆P Global Market Intelligence reported in January. It is projected to swell to $23.2 trillion by 2026, compared with some $13.3 trillion as of end-2021.

“Blackstone is a forerunner in the global asset management industry and is a great partner for us to expand our global portfolio,” a Samsung Life Insurance official said in a statement.

“We plan to actively expand our global asset management business by strengthening our revenue sources and diversifying our portfolio,” the official added.