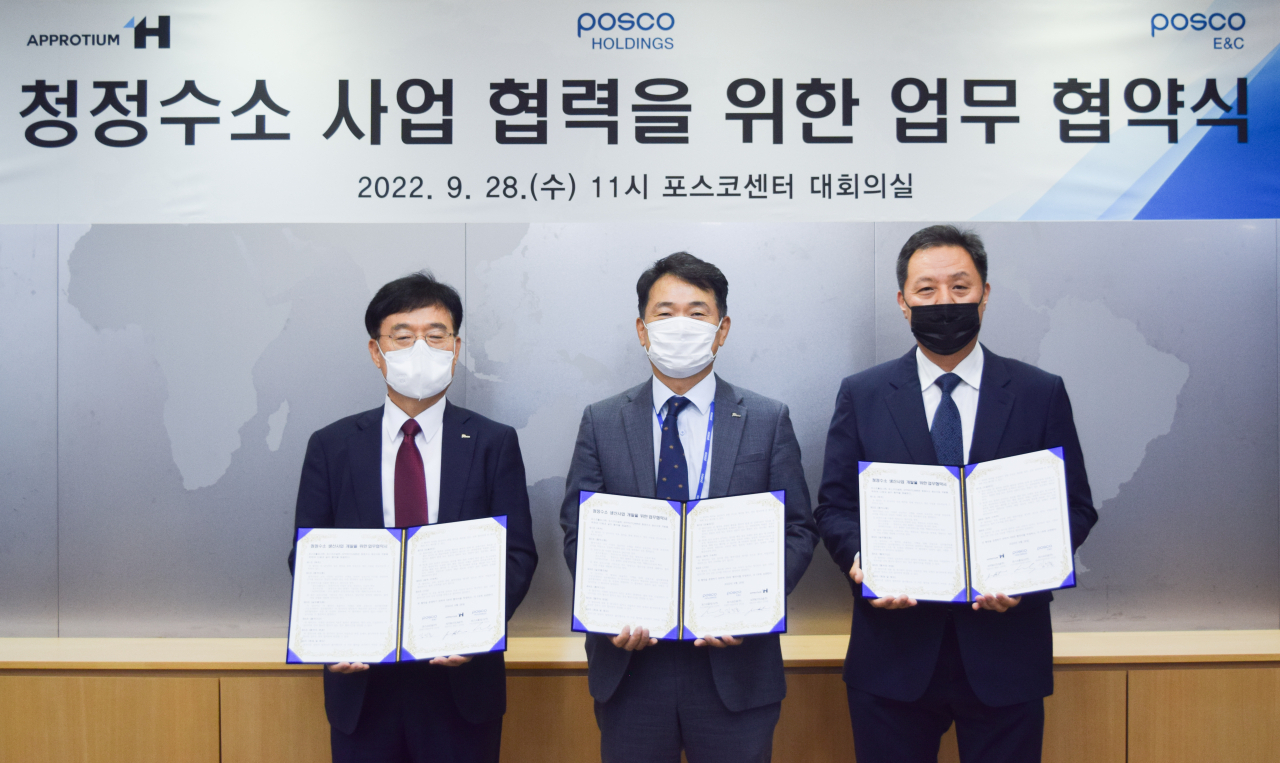 Posco Group said Wednesday its two affiliates – Posco Holdings and Posco E&C – have signed a memorandum of understanding with the nation’s largest hydrogen production and sales company Approtium in a fresh push for hydrogen business.

Under the agreement, the three companies will invest a combined 200 billion won ($139 million) by 2026 into establishing facilities for hydrogen production. The annual production capacity is expected to reach 40,000 tons.

Blue hydrogen refers to hydrogen produced from natural gas with a process of steam methane reforming, where natural gas is mixed with hot steam and a catalyst. Using the carbon capture and utilization (CCU) method, the companies said they would also fully recycle carbon dioxide that is produced as a by-product from the final product, such as for industrial use including dry ice.

Under the deal, Posco Holdings, the holding unit of the steel giant, will secure natural gas, the key material for hydrogen production, while Posco E&C, the construction unit, will build the production facilities. Approtium will be responsible for the operation and production of the facilities as well as the sales.

Posco said it plans to complete a feasibility study within this year to select the site for the new facilities, with the construction set to start as early as next year.