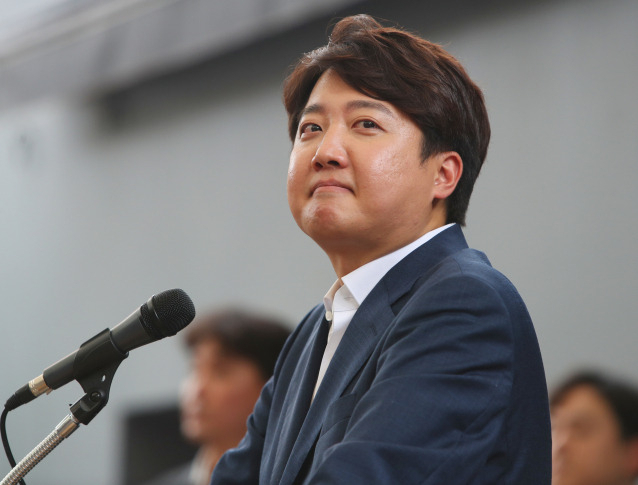 Lee Jun-seok, the former leader of the ruling People Power Party, speaks at a press conference held in Gwangju on September 4. Lee is one of the representative young politicians who emerged during the 20th presidential election period eariler this year. (Yonhap)

The ruling People Power Party (PPP) will hold an ethics committee meeting Wednesday amid speculation it may impose an additional penalty on former Chairman Lee Jun-seok over his sharply worded criticism of President Yoon Suk-yeol and the party.

The meeting is set for 7 p.m. but whether to discuss Lee's case has not been decided, party officials said. But observers say the committee may decide to expel Lee from the party at worst.

In July, the PPP suspended Lee's party membership for six months over allegations of sexual bribery and an attempted cover-up. Last week, police decided to drop sexual bribery charges against Lee, citing the expiration of the statute of limitations.

Police, however, were continuing to look into charges Lee tried to cover up the case.

Since his suspension, Lee has openly gone up against Yoon and his core associates, claiming they plotted against him, and filed a string of lawsuits to block the PPP from launching an emergency leadership committee, which automatically removes him from office.

"I cried up wine and sold vinegar," Lee said in a press conference last month, referring to his advocacy for Yoon during the presidential election campaign.

In a handwritten petition to the court, Lee was also found to have referred Yoon to "shingunbu," a term that was used to refer to a private group of military officers led by former President Chun Doo-hwan, who came to power through a coup and suppressed democracy movements.

On Wednesday, the Seoul Southern District Court was also set to hold a hearing on an injunction suit Lee filed against the PPP's launch of an emergency leadership. (Yonhap)