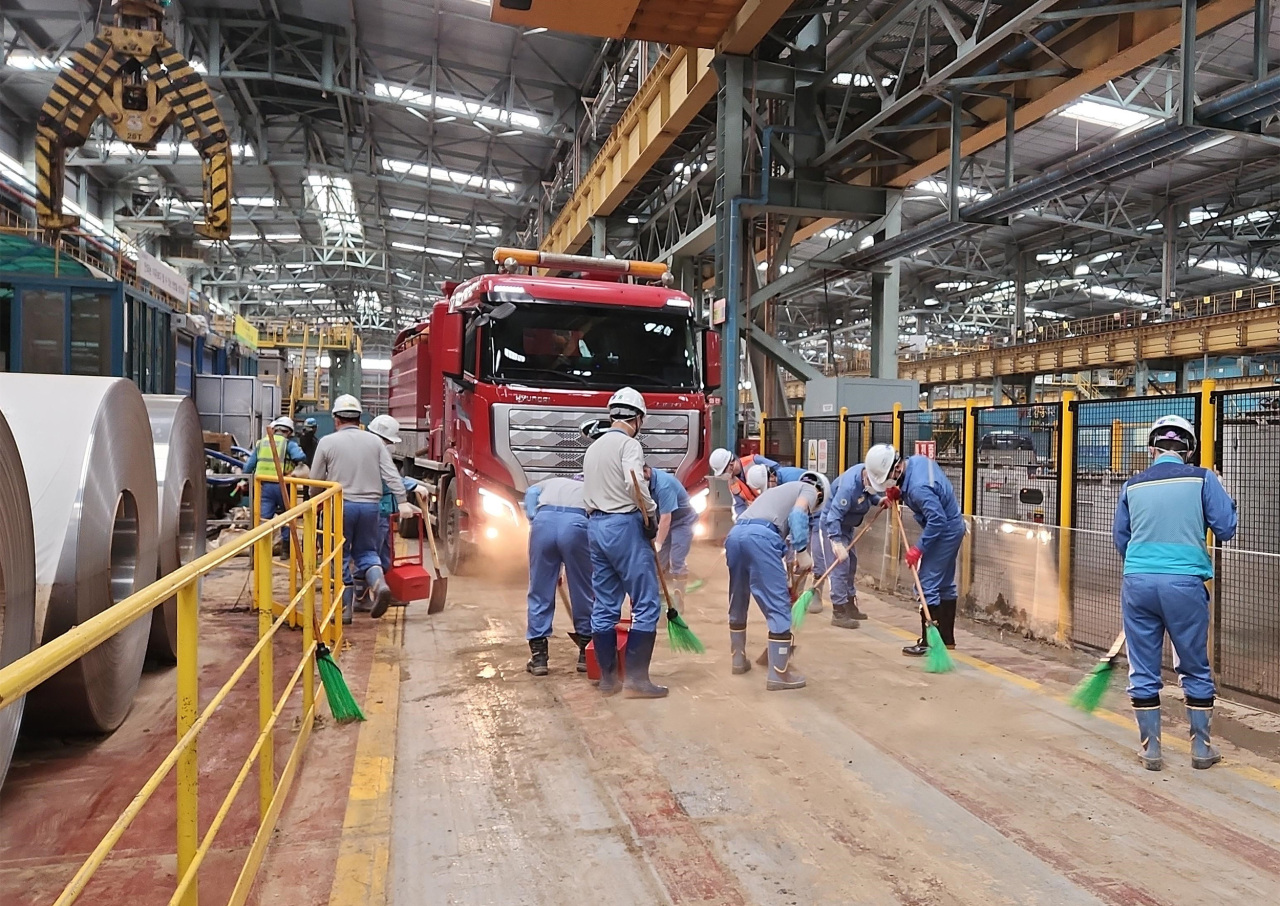 Posco employees clean up a cold-rolled mill for stainless steel, which was flooded, in Pohang, North Gyeongsang Province on Sept. 22. (Posco)
Posco said Tuesday it is making an all-out effort to stabilize the supply chains for stainless steel products after production at its steel mills in Pohang, North Gyeongsang Province, was hit by a recent flood.

In particular, the company plans to covert export-oriented products into those for the domestic market in an effort to prevent a glitch in local supply chains.

Stainless steel products were among those hit hard by a recent typhoon, but the company predicted a limited impact, saying they are resistant to water and corrosion.

The company also downplayed worries about tight inventory levels, saying it had already made efforts to secure enough inventories in response to rising costs.

The company added its second cold-rolled mill for stainless steel is expected to resume production by December.

As part of efforts to stabilize the local supply, Posco also plans to closely coordinate with Gwangyang Steel Mill in South Jeolla Province and its overseas factories in China and Thailand.

In preemptive measures, the company said it is extending business ties with local and foreign stainless steel makers.

When it comes to stainless steel thick plates, it is working with local producers, while talks are ongoing with overseas partners to secure stainless steel for vehicle exhaust systems.