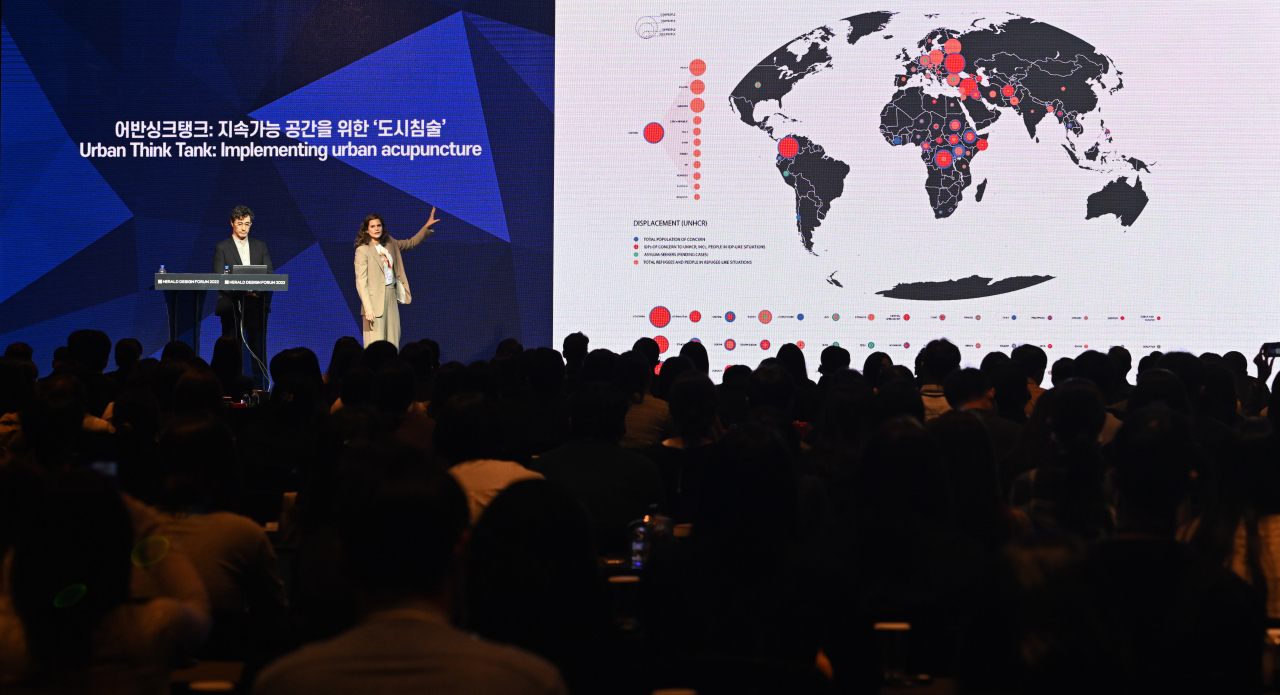 Architecture has the power to connect and bring two different things together, said architect Alfredo Brillembourg during his presentation at Herald Design Forum 2022 held at the Shilla Seoul, Tuesday. He gave a dual lecture with Ida Lien, a partner at Urban-A.

The pair talked about how architecture can deal with conflicts and shape cultures, answering the underlying question: How can people live together today in harmony and in the city? 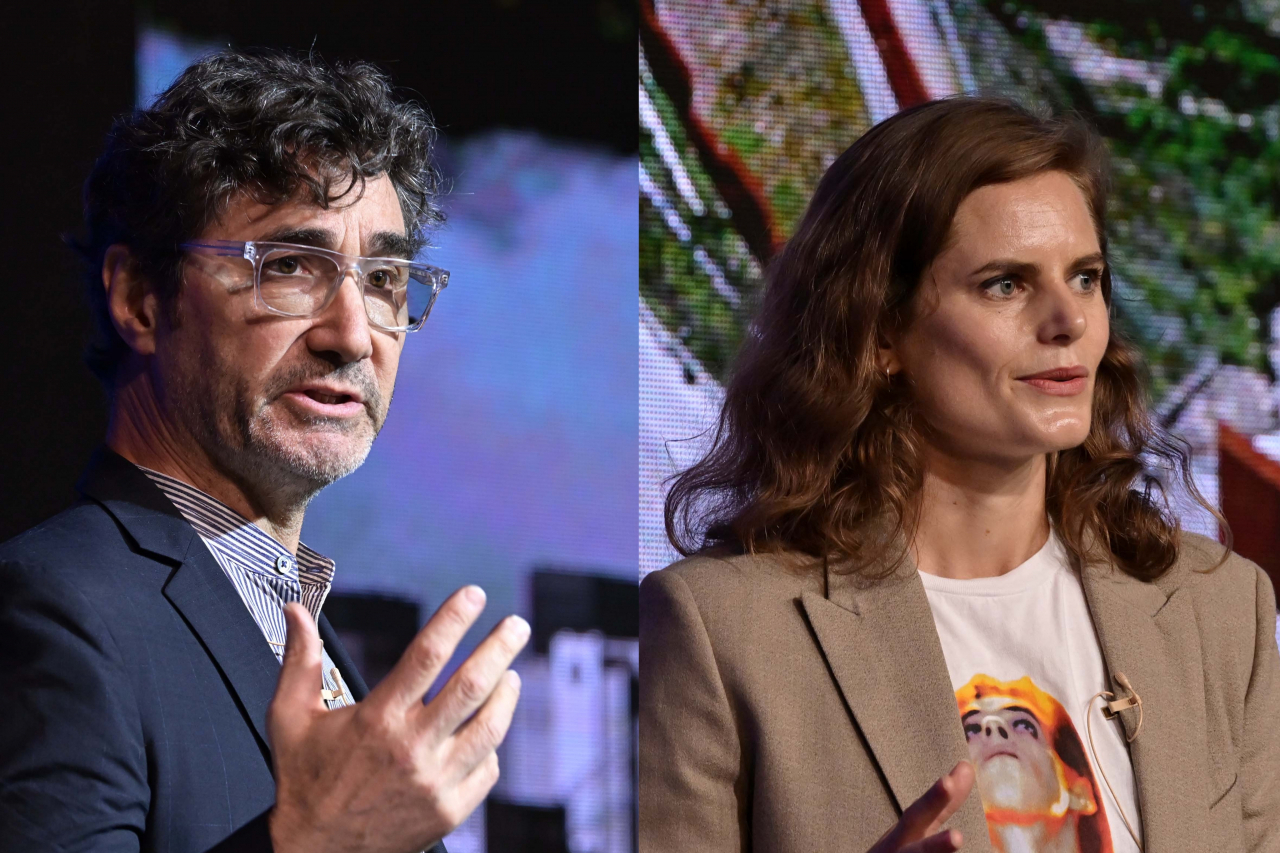 “We are living in an increasingly urbanized and hyperconnected world,” said Lien, an urban economist and co-founder of Urban-A.

“The reality is that by 2050, the world population is projected to increase from 7 to 9.6 billion, and more than 90 percent of this growth will occur in the cities of the developing south … where the population will more than double,” Lien said.

Lien suggested that strategic interventions in cities are necessary to bridge the gap between the global north and south, which are divided by a “political equator.”

Taking over the latter part of the presentation, Brillembourg emphasized that “human beings are at the center of concern for this urban development" in discussing his projects such as the Metrocable and Vertical Gym in Venezuela, the Barranquilla Art School in Colombia and the Empower Shack in South Africa. 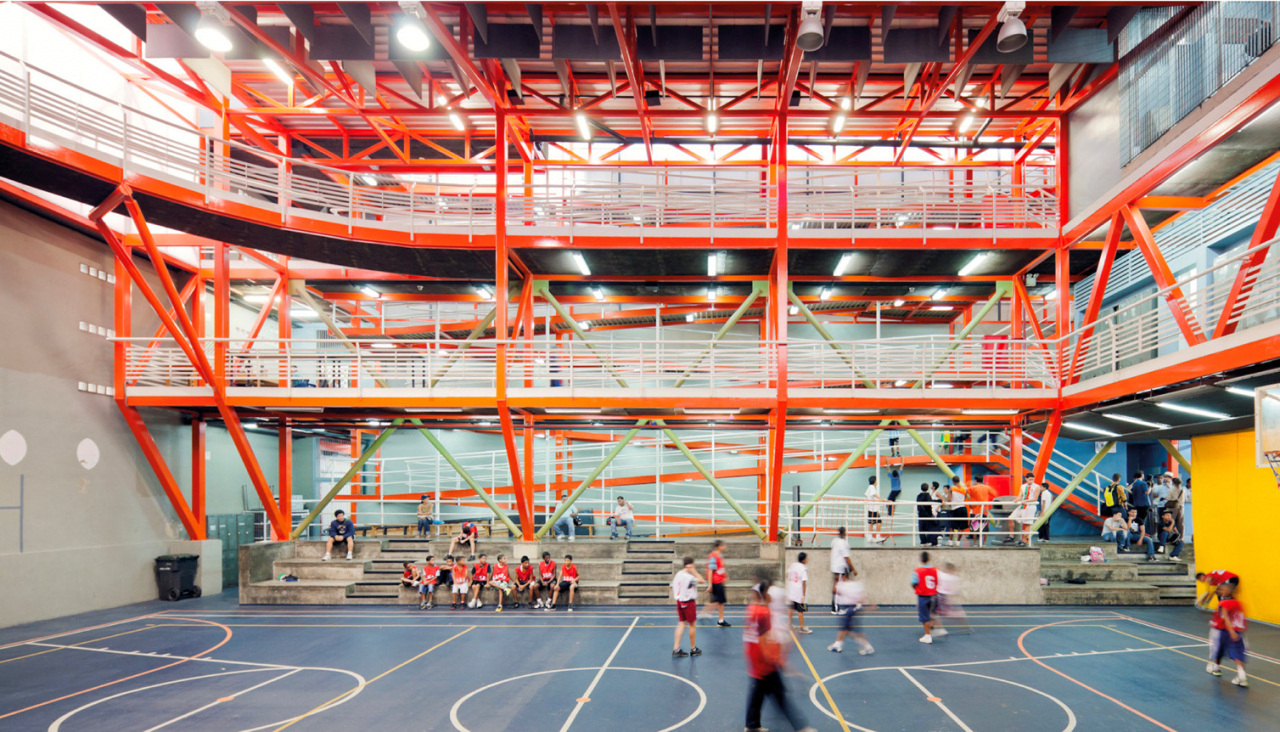 “A sustainable city is more than a physical form,” Brillembourg said. “We can design beautiful buildings but we need a concept -- what kind of living are you proposing, what kind of city are you shooting for, as a vision of a place.”

“More and more, we are becoming aware today of how those who have need to share with those who don’t have. Because in the discourse of the world, we are becoming to understand that if we do not help the places that don’t have infrastructure … we’ll have a problem in our society.” 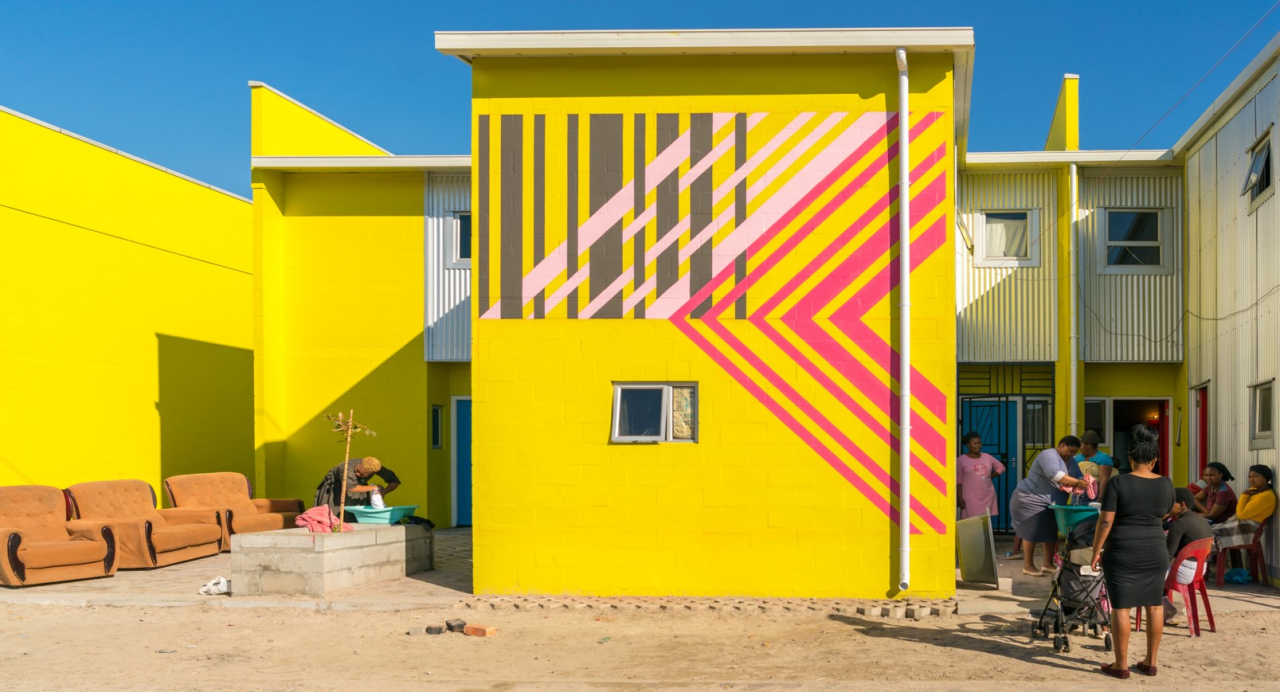 Answering an earlier question, Brillembourg highlighted "connecting" the nodes of the city, transforming the space into a multilayered, multidimensional complex with private and public spheres mixed together into a creative zone.

Concluding the session, Brillembourg said every city and country should have “zones for experimentation” because while architects dream and draw, they need to try things in reality.

“We need to try things and fail, and in this process of change and adaptation, cities become more resilient. In fact, we need to try more and try harder to think of ways in which we can live together.”

Brillembourg is the founder of Urban-Think Tank Design Group, an international design studio that aims to bring about social change through design and architecture.