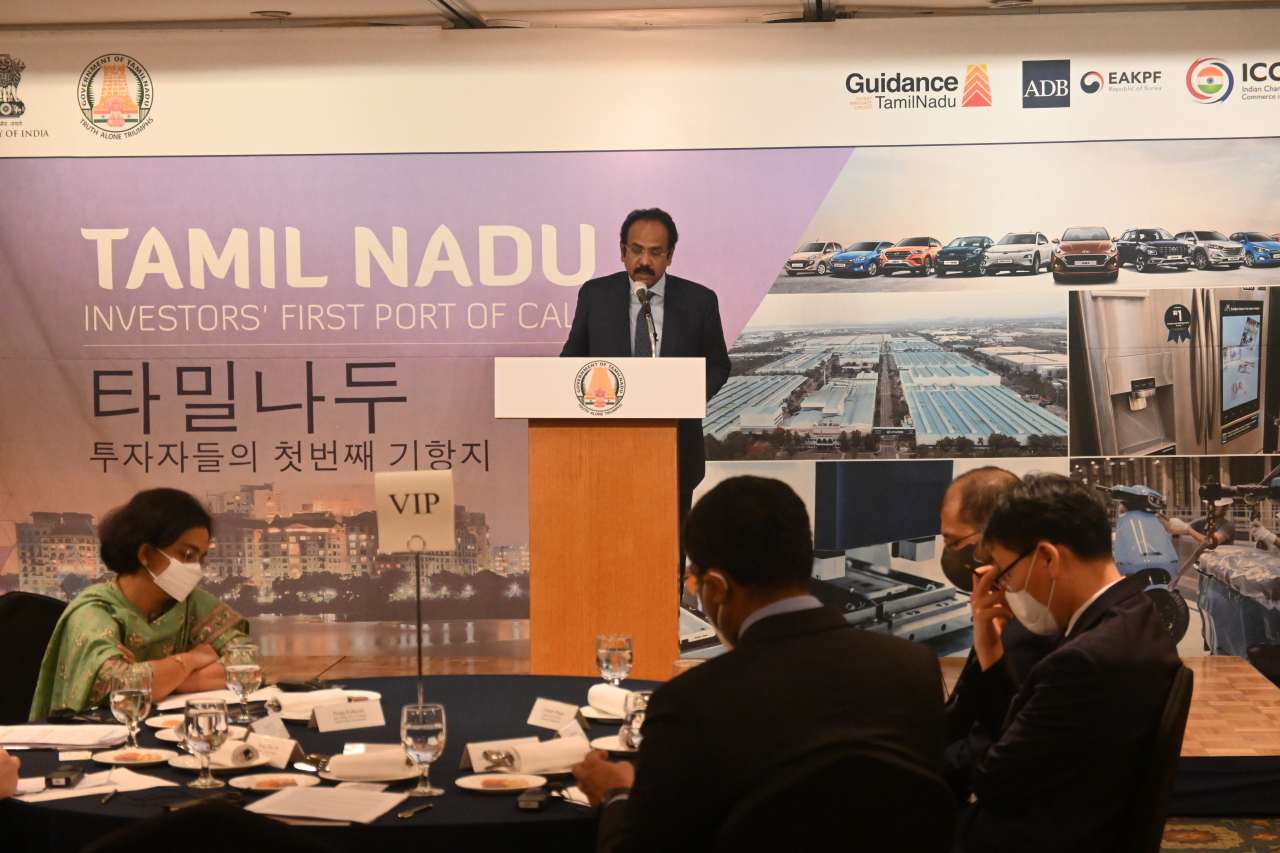 The Indian state of Tamil Nadu invited Korean companies to invest in four sectors at the “Invest in Tamil Nadu" road show in Seoul on Monday.

The road show was part of the Tamil Nadu government’s delegation to South Korea, headed by the state’s minister of industry, investment promotion and commerce, Thangam Thennarasu, to explain the advancements of the state and its investment environment.

“Korean expatriates living in Tamil Nadu are living quite comfortably," he said, highlighting Tamil Nadu as a potential investment destination for Koreans. According to Thennarasu, Koreans are the most numerous expat group in the state due to the presence of several major companies, including Samsung and Hyundai.

Thennarasu referred to the recent production of the 10 millionth car of Hyundai Motor from its Chennai facility, celebrated by the state’s chief minister, M.K. Stalin.

“When most economies were contracting during COVID-19, Tamil Nadu grew at the rate of 8.8 percent even during COVID-19,” Thennarasu said, adding that the state's chief minister has proposed setting the goal of achieving a trillion-dollar economy by 2031, and that the state government was working on multiple strategies.

“We are actively looking to develop world-class infrastructure and sector-specific policies,” said Thennarasu.

He also touched upon the centuries-old Tamil-Korea cultural connection, referring to a legend of a Tamil princess who came here and became a daughter of Korea.

“It’s a great legend and history that we proudly share with Korean people,” he said.

The minister said that the 2021 promotion strategy of Tamil Nadu has set an export target of $100 billion by 2030 and indicated his commitment to ties with Korea and Korean companies in the state to help nurture the industrial ecosystem and make Tamil Nadu a second home for Koreans. 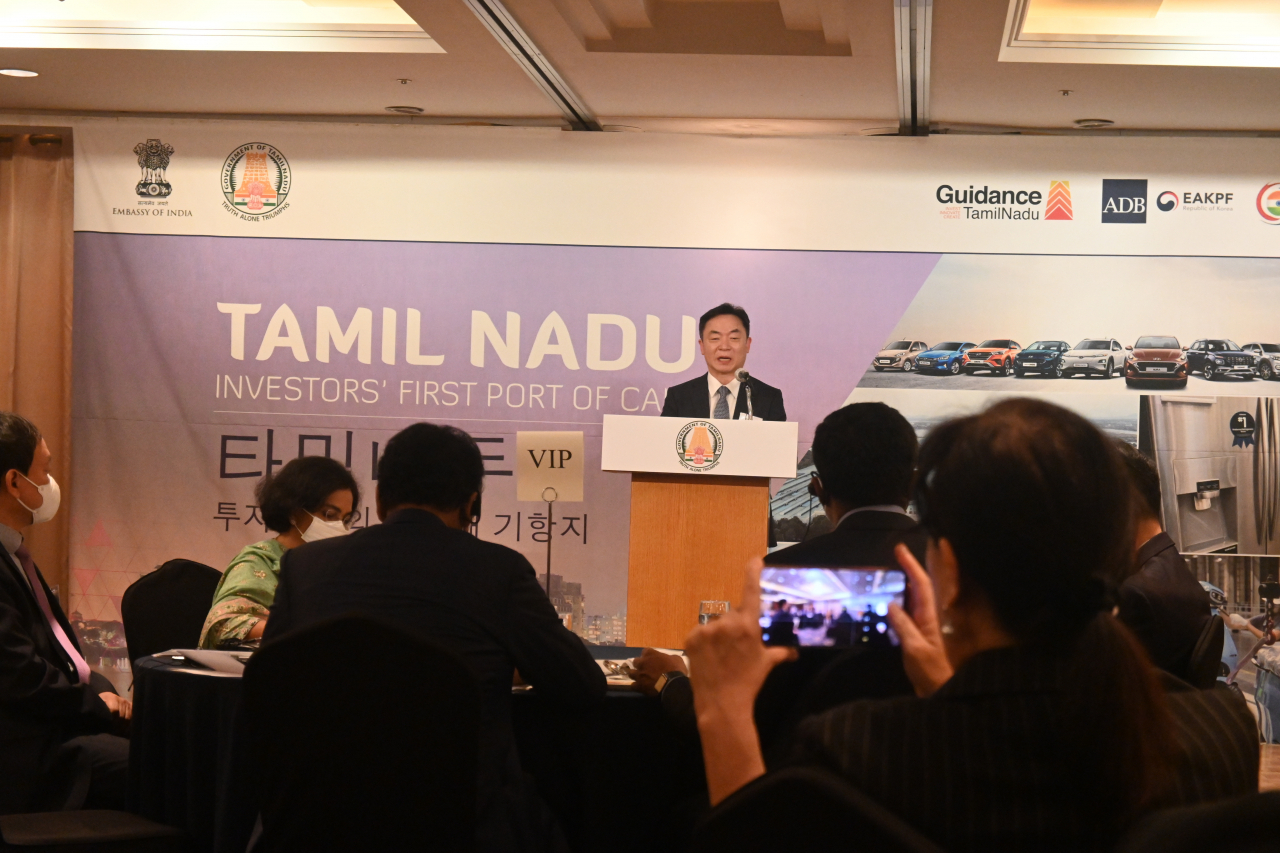 “Around 700 Korean companies currently operate in India, out of which 200 are operating in Tamil Nadu,” said Jeong.

According to Jeong, Tamil Nadu is a manufacturing hub in Asia for global companies.

He suggested the need to establish a collective R&D center for innovation using outstanding human resources such as scientists and researchers to enhance cooperation in green energy, carbon neutrality, renewable energy and green ammonia.