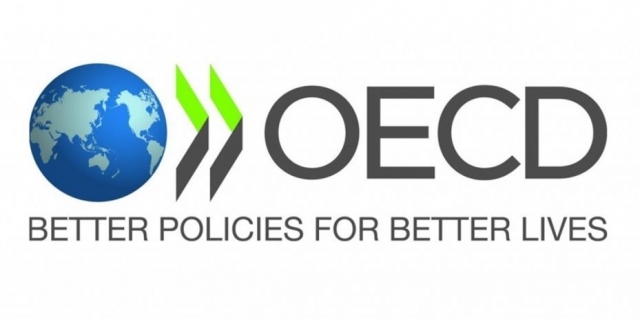 In its Interim Economic Outlook, the France-based OECD predicted that Korea will post a 2.8 percent growth this year.

Korea was projected to take 12th place among 19 members of the G-20 for GDP growth in 2022. The remaining G-20 member is the chair of the European Union.

“Japan, Korea and Australia have somewhat stronger growth momentum currently than Europe and the United States, but that is projected to wane over the coming quarters, in part due to softer external demand,” the OECD said in a statement.

The OECD expected that Saudi Arabia will top the list with a 9.9 percent growth, followed by India with 6.9 percent, Turkey with 5.4 percent, Indonesia with 5 percent and Spain (an observer in the G-20 meetings) with 4.4 percent.

The world economy was projected to expand 3 percent this year, while the organization suggested a 2.8 percent growth as the G-20 average and a 3.1 percent growth for the eurozone economies.

The US and Japan were forecast to post 1.5 percent and 1.6 percent in GDP growth, respectively. Its outlook on Russia was minus 5.5 percent.

Meanwhile, Korea was projected to record 5.2 percent inflation this year. This is quite high compared to the OECD outlook of 2.2 percent for both China and Japan in consumer price growth.