Was that Kim Jong-un’s daughter on TV?

North Korean watchers are zeroing in on a girl who appeared on the reclusive state’s national TV during a recently televised event, saying she could be Kim Jong-un’s only daughter, Ju-ae.

The UK's Daily Mail first reported about the child among a pack of preteen children attending the anniversary of the founding of North Korea from a broadcast of the Korea Central Television.

It cited a self-proclaimed North Korean analyst of InDPRK.com, which identifies itself as a North Korea travel agency, who pointed to actions of Kim's wife Ri Sol-ju concerning this particular girl. 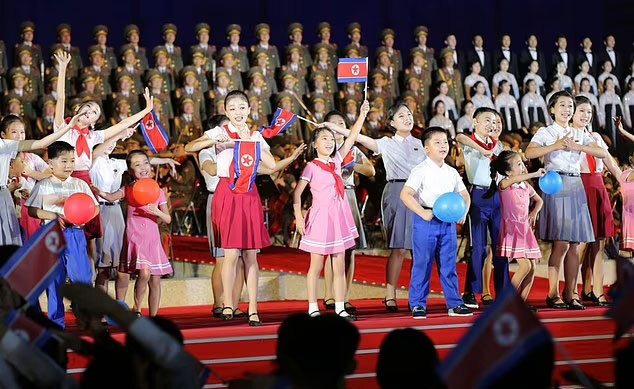 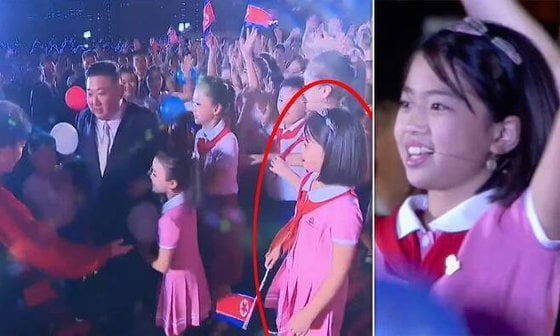 Ri placed her hand on the child's back and was seen talking to her personally, and the girl "appeared calmer" while other children huddled around the North Korean leader and were jumping excitedly. The girl was also the only one with her hair down and donning white socks. The camera seemed to focus more on her, lingering for several seconds when the song began and returning to her frequently.

If confirmed, it would mark the first time Kim's child has been seen in public.

Ju-ae is thought to have been born in 2013. Local Pyongyang watchers assess the girl recently on TV appears to be of a similar age.

Little is known to the outside world about the North Korean leader’s offspring.

According to South Korea's National Intelligence Service in 2017, Kim is believed to have three children with Ri, the first a son born in 2010. The youngest is a child of unconfirmed gender born in early 2017.

The existence of a daughter named Ju-ae first came to be known to the outside world by former NBA star Dennis Rodman after his visit to meet with Kim in North Korea in 2013.